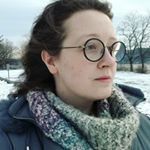 This will prevent Josephine from sending you messages, friend request or from viewing your profile. They will not be notified. Comments on discussion boards from them will be hidden by default.
Sign in to Goodreads to learn more about Josephine.

read in September, 2018
Error rating book. Refresh and try again.
Rate this book
Clear rating
1 of 5 stars2 of 5 stars3 of 5 stars4 of 5 stars5 of 5 stars
progress:    (page 286 of 1236) "Finally made an effort to read some yesterday! I really like this book, even though I'm heading into the Waterloo section, my app assures me I can read it in less than an hour, so I'll be just fine.

I really liked the section where Jean Valjean had to confront the man who has been accused of his crimes, comforts Fantine, and is sent to find Collette-- which is what comes after Waterloo? Unsure. No answer needed."

Josephine (biblioseph) said: " First story has to do with a transgender man. "

See all 6 books that Josephine is reading…

“He just pursed his lips until he resembled a sexy duck before digging into his breakfast.”
― Karina Halle, Darkhouse
0 likes

“That would make it easy for Amara. Not having a choice was always easy. It was always safer. However bad things were, you kept your head down and did as you were told in order to avoid worse.

The world always wanted people like her to believe those lies.

You were never safe as long as you were at someone else’s whim.

Not having a choice was the worst thing in the world.

Amara pushed the knife down. Nolan didn’t stop her. And in that moment, with her enemy’s knife in her own hand, a point pressing on Cilla’s arm, Cilla’s skin familiar against hers, relief sneaked up on her and refused to let go. Because what she’d told Cilla wasn’t true. It wasn’t that she couldn’t go back to her old life; she could. If she went back, she’d hate herself, but it meant survival. It might be worth it or it might not be, and she’d never have to find out because it would never happen. She wasn’t going back.

Blood welled up from Cilla’s arm. Amara let the knife clatter to the ground. She reached for the cut. She was almost smiling now, a desperate smile that had her lips trembling, that came with tears burning her eyes.

This or nothing.”
― Corinne Duyvis, Otherbound

“What do you know? We don't all have the luxury of deciding when and where we want to care about something. Suddenly the Rebellion is real for you? Now that you've got a stake in it, and - and - now that you don't have another life to go back to? Some of us live this Rebellion. I've been in this fight since I was six years old. You're not the only one who lost everything. Some of us just decided to do something about it.”
― Alexander Freed, Rogue One: A Star Wars Story
tags: inspirational, rebellion, star-wars
22 likes

“He wagged his finger at me.”
― Karina Halle, Darkhouse
0 likes

Off-Topic Discussion — 28 members — last activity Dec 30, 2019 10:52PM
Seems the book has sparked some discussion and interest! To better organize questions and future developments of interested parties, here is a group!

Polls voted on by Josephine