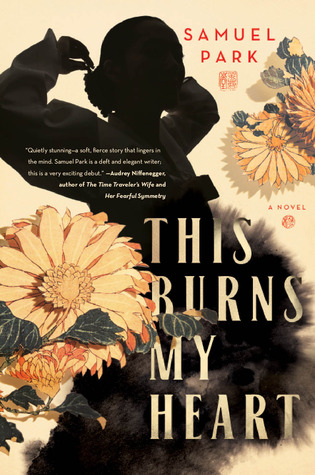 For his debut novel, Samuel Park imagined a sweeping love story inspired by a heroine close to home—his mom. Sparked by his mother's stories of life in postwar South Korea, the writer crafted This Burns My Heart, a work of historical fiction about a young woman trapped in an unhappy marriage. As she weathers the hardships of her in-laws' household, she remembers the young doctor whose romantic advances she rejected out of a sense of duty and dares to dream that they could be reunited.

Born in Brazil, Park graduated from Stanford and the University of Southern California and is now an assistant professor of English at Columbia College Chicago. The author shares with Goodreads some pop culture images from 1960s Korea that inspired his book. 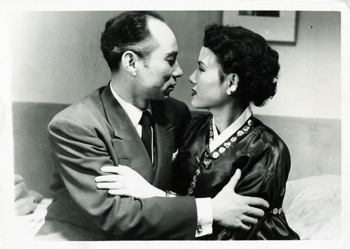 The 1956 popular hit Madame Freedom, starring Dong-Won Kim and Jeong-Rim Kim (pictured), is the story of an illicit love affair. The film was a scandal when released.
Goodreads: When did you know that you could turn your mother's memories into a novel?

Samuel Park: My mother's very charismatic and a great storyteller, and when she tells you a story, it becomes imprinted in your mind. One story in particular struck my interest: The day before she was supposed to get married, another man asked her to go on a date with him. My mother said, "No," of course, but after her own marriage started to fall apart, she often wondered what if she'd said, "Yes." That piece of information became the linchpin for the book. It's that moment when you realize, wow, you're not just my parent, you're someone with secrets and desires and frustrations. But the truth is that I always knew that my mother's life was novelistic. She had a very eventful life. But it was only in recent years, with the birth of my niece, that I began to look less at my own life as inspiration and more at the lives of the people around me. 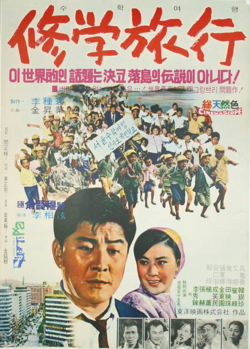 The 1969 film School Excursion, starring Bong-Seo Koo and Hee Moon (pictured), captures the growing gap between rich and poor during Korea's industrialization.
GR: What kind of research did you do to capture the culture of 1960s Korea?

SP: I mostly called up my parents late at night and treated them like human Wikipedias. But seriously, I did read a lot—whole shelves of the Korean section at the University of Southern California and University of Illinois at Chicago libraries. One amusing fact is that there was a huge surge of books published in the early '80s about South Korea in anticipation for the Olympics. I also watched a lot of films from the period. This is interesting because the country was pretty much decimated by the war. The film industry had to adopt a lot of low-budget guerrilla filmmaking techniques, shooting on location in actual streets instead of studios and at times with non-actors. So you see a lot of the "real" Korea in those films—they almost look like documentaries. Also, the Hapdong News agency used to publish something called a Korea Annual, which had every bit of trivia you could hope for, like what kind of fish they were selling in the stalls that year.

GR: Asian mothering has gotten a lot of attention lately thanks to the uproar over Amy Chua's Battle Hymn of the Tiger Mother. In a way, This Burns My Heart feels like a son's consummate attempt to understand his mother and the challenges faced by women of her generation. Is the relationship between parents and children, within the context of an immigrant family, something you are interested in exploring as a writer?

SP: My mother is like the opposite of a Tiger Mom: When I wanted to quit the piano, she said, "OK," and we continued about the day. She didn't even know what colleges I was applying to, and I didn't take the PSATs since neither of us knew what that was. But what that meant also was that I had the freedom to pursue the arts, and she gave me 100 percent of her support even as I flailed for many years. She herself was very artistic growing up and, like me, was an English major. Her favorite novel was Tess of the D'Urbervilles, and what's funny, of course, is that the plot and tone of my novel are very similar to Hardy's novel. In a sense, because my mother raised me in such a supportive, generous, and loving way, I grew up feeling a great deal of curiosity about her and also compassion about her younger days. I could only imagine the hardships of being a young woman in a war-torn country, suffocated by the cultural norms of the period. On top of that, I think that immigrant parents make so many sacrifices for their children that the relationship takes on an unusually strong intensity. I felt very guilty about the fact that she had a difficult life, and writing about it was a way of working through my feelings.

GR: Has your mother read the book? If so, what is her reaction?

SP: My mother moved to the U.S. in her late forties, so her English is still not quite strong enough to read a whole novel. (She does, however, speak great Portuguese after living in South America for many years!) I did tell her the story, however, and my sister has translated some sections. She reacted not as the inspiration for the book but simply as a reader being entertained. In fact, the first time I described the plot, she started laughing! She has a great sense of humor, and I think she found it amusing that her writer son had decided to craft a literary drama out of her life. She gets that it's fiction, and while it's based on her life, it's not actually her.

i really want to read this book! everything about korea is amazing to me.

Same with Titi, I want to read this one. Promising.

I agree with the Titi.

I agree with the Titi.

@Jzhun: Haha, I can't stop laughing. No harsh, but something green is popping inside my skull.

I really want to read the book...because I adore Korea film...so inspiring for my life.....so touchi....

I loved reading this interview and imagining a love story set in post-war Korea that has the tone of Hardy's Tess (one of my favorite classics, even though it's a heartbreaker).

Yes this so inspiring

I really want to read the book...because I adore Korea film...so inspiring for my life.....so touchi.... 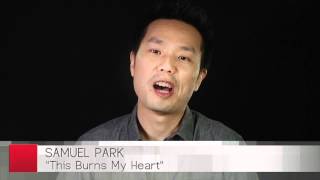