Posted by Goodreads on February 28, 2011
24 likes · 6 comments
Writer and radiowoman Sarah Vowell's snarky perspective comes through loud and clear in her many books about history, politics, commentary, and travelogue. Dead presidents, puritan morals—no subject is safe from her dry wit and detailed research. This month she's at it again with a new tome about Hawaii's path to statehood. Filled with the tales of missionaries in clapboard houses and incestuous Hawaiian families, her book Unfamiliar Fishes explores the checkered history of America's 50th state. Vowell talked to Goodreads about why she went to the Aloha state and demystifies her writing process. 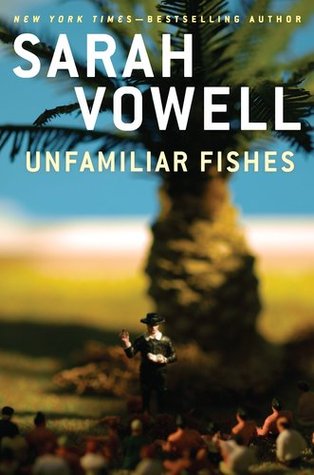 Goodreads: In the past you've written about presidential assassins, the 2000 presidential election, and the Puritans, among other topics. What made you turn your pen west toward Hawaii?

Sarah Vowell: In short: went to Honolulu to see the Arizona memorial; visited Iolani Palace, "the only palace in the United States," whilst there; put together how Pearl Harbor was attacked for being an American territory precisely because Americans and their offspring had overthrown the Hawaiian monarchy and turned the islands over to the United States; meanwhile, was becoming obsessed with the Spanish-American War of 1898, the year the U.S. became a world power for the first time by invading and/or acquiring Cuba, the Philippines, Guam, Puerto Rico, and the aforementioned Hawaiian islands. Seemed like a book. You can either put that, or that it was a brainstorm I had while surfing Pipeline.

GR: In your travel and research you often unearth arcane information and present it to the reader in an entertaining light. But what really surprised you this time around? Was there one story or fact that kept you up at night?

SV: Honestly, the only thing that keeps me up at night is looming book deadlines. I'm not too timid around historical facts. I was constantly caught off guard by some Hawaiians' reverence for the old Hawaiian monarchy and aristocracy. I remember hearing this civic leader speak once, and he was talking about a daydream he had in which King Kamehameha the Great came back to life and this fellow imagined prostrating himself before the monarch. Literally, bowing down. On the one hand, I am never going to know what it's like to have that kind of humility and fealty. On the other hand, the idea of bowing down to anyone, much less a king, kind of riles up the old 1776 inside me.

GR: You have a very distinct style. Some might describe it as part travel writing, part history lesson, part satire. Several of our members have asked us how you ended up as a writer in this specific niche. Please tell us a little bit about your career path and how you got here.

SV: One thing just sort of led to another. I studied to be an art historian. That's how I started writing: essay exams, term papers. Then I started writing about art for my college paper. After college, art magazines. Then I wrote about music and books for weekly newspapers and glossier magazines. My first book was about radio, which is how I met Ira Glass and ended up on This American Life for a while. The first stories I wrote for the show were really a continuation of my work as a critic—they were mostly about music or movies. Then I made one documentary about the Trail of Tears, and that was the bend in that road, writing about history. Turns out, I'm good with dead people.

GR: How do you feel that your blended heritage informs your work, and how do you think that it affects you? How do you manage your duality?

SV: I do not cling to my ethnic identities at all. There's nothing particularly Cherokee or Swedish or Scottish about me. I think I mention the Trail of Tears every now and then because it's one of the few events in my background I can put a date on: 1838. That, and it's a pretty gripping story. It's also very clean in terms of cause and effect: I was born in Oklahoma because of one Jacksonian policy. That's also how I keep track of time in my own chronology, how I remember Drugstore Cowboy came out in 1989 because I lived in Portland that year, or Kurt Cobain died in 1994 (San Francisco), and the O.J. trial was in '95 (Chicago), etc.

GR: Goodreads member Sarah asks, "In a lot of your work, you talk about your family roots from the Trail of Tears to your own relocation from Oklahoma to Bozeman, Montana. How do you think that theme of movement, relocation, and diaspora has affected your work?"

SV: I think the fact that the government pointed guns at some of my ancestors and marched them across the country perhaps always made me question the government as well as look harder at American ideals. And because I've moved around so much in my life I probably think about the country at large as a home more than somewhere specific, the way rooted people do. I've picked up the concerns and foods and lingo from various regions. So there are Okie things about me and New York things about me. Like, I'm up on the Hank Williams oeuvre, but I know what Yom Kippur is. I reckon all that restlessness has given me a wider frame of reference.

GR: Goodreads member Elizabeth asks, "Have you ever had any negative feedback about your subject matter? Do you get attacked for talking about the 2000 presidential election or presidential assassinations?"

SV: "Attacked?" What ideological, totalitarian dark alleys are you walking at night, Elizabeth? Mostly, the only people who read my books are the people who would read my books.

GR: Goodreads member Leah asks, "How have friends and family members (like your sister and nephew, for example) reacted to their portrayals in your books?"

SV: My nephew took me for show-and-tell when he was in first grade. He pointed at me and one of my books and flipped through and found his name in the pages to show his classmates. That was funny, being his prop.

GR: Goodreads member Lauren asks, "To date, your books have largely covered the peculiarities of American history and culture. Do you have any plans to write about similar oddities abroad?"

SV: This new book is a book about a foreign country: Hawaii. It's about the Kingdom of Hawaii, then the Republic of Hawaii. It's only in the last few pages—spoiler alert!—the islands become the Territory of Hawaii, one of the "possessions," as Theodore Roosevelt called it, of the United States. The book covers the decades leading up to American annexation, when Hawaii was a sovereign nation ruled by hereditary monarchs who spoke a Polynesian language and had consulates all over the world.

SV: Get up. Sit at desk. Think things up. Write them down. Go to bed. With a snack or two in between. Maybe a walk. Several cups of tea. Unless there's some other way books get written?

GR: You've been a frequent contributor to the NPR program This American Life. How is writing for radio different from writing books?

SV: Radio is married to the clock. In books there's no hour that needs to be respected—things happen for as long as they happen. Radio also demands a snappy rotation of crisp, attention-getting bullet points because a radio listener is almost always doing something else besides listening—driving, cleaning, cooking, what have you. So too much meandering, too many facts, too much abstract rumination and you're going to lose a listener. If a reader gets distracted, she just returns to where she got lost. That lends itself to thinkier bits and a just all around more relaxed atmosphere. I think the unfolding nature of books is more in line with how I think, which isn't always so linear. That said, radio has worn off on me in that I'm a pretty ruthless editor of my own work. I'm always trying to cut things down, shorten, clip along faster. I still have a little bit of that broadcaster's fear of dead air.

SV: I cracked a tooth eating banana chips the other day, and it made me think of that Salinger story "A Perfect Day for Bananafish" [published in Nine Stories]. I hadn't read it in, oh, a quarter century, so I sat down and plowed through it. Even though the protagonist's struggle is still pretty current—vet with PTSD shoots self—the details are so wonderfully oldfangled. A small child is slathered with suntan oil instead of barricaded beneath sunscreen. Said child is allowed to not only roam a public beach unattended but she befriends the suicidal protagonist, and the two of them, a little girl and a man in a bathrobe, chat and hang out while the kid's mother has gone off somewhere, and no one calls the Department of Social Services. I know the point of the story might have been the lingering aftereffects of combat, but it was just as striking as a period piece capturing how unguarded childhood used to be.

Also, I'm reading Jay-Z's Decoded and Timothy Snyder's Bloodlands, about the mass murders carried out between Berlin and Moscow during World War II.

GR: What's next? Where will you take us?

I recently reread "A Perfect Day for Bananafish," too, and was struck by the same thing. It's not something Salinger was commenting on--that was just the way things were. I don't know when we started believing that malice toward children was the rule rather than the exception, but it's just not true. I think one *can*, in fact, be too careful. But when are fears justified and when are they just emotional? It's a rough course for parents.

P.S. I was obsessed with Hawaiian statehood when I visited--I am excited to read this book, especially since when I read Sarah Vowell, her voice narrates the whole thing. SV may just have the best voice ever.

"This new book is a book about a foreign country: Hawaii. It's about the Kingdom of Hawaii, then the Republic of Hawaii. It's only in the last few pages—spoiler alert!—the islands become the Territory of Hawaii, one of the "possessions," as Theodore Roosevelt called it, of the United States."

I'm so so SO excited for this. I visited Hawaii a few years ago. Not only was I fascinated by the country's history, that trip made me see the states, our history vs our version of our history, America, and We The People, in a completely new way. I'm so pleased someone with such an incredible voice is tackling this story.

I'm interested to see how this book reads. I am currently writing a screenplay on the life and times of the last queen of Hawaii and love it when the true story is told.

"whilst there; put together how Pearl Harbor was attacked for being an American territory precisely because Americans and their offspring had overthrown the Hawaiian monarchy and turned the islands over to the United States;"

Really? Give me a BREAK! That brainless mythology turned me off reading any of Vowell's 'books'!

@ Kai I also didn't quite understand what this was suppose to mean (the Japanese were waiting for the opportunity to retaliate on behalf of the wronged Hawaiian people?). The movie "Princess Kaiulani" sparked my interest in Hawaiian history and have always enjoyed Sarah on "This American Life", so will add this to my "to read"shelf.

Just a word about "Princess Kaiulani" movie. It is really fictionalized. Take it with a grain of salt for any kind of accurancy toward Hawaiian History 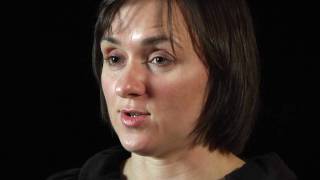