Posted by Goodreads on August 23, 2010
57 likes · 12 comments
Power struggles, sex scandals, and plenty of backstabbing—English novelist Philippa Gregory specializes in timeless royal intrigue. Her popular novels canvass the fortunes of the 16th-century House of Tudor, zeroing in on women who may not have received first billing in the history books.

This month she launches the second installment of her new Cousin's War series, rewinding to the 15th century when the War of the Roses ripped apart the House of Plantagenet. After chronicling how commoner Elizabeth Woodville became a York power player in The White Queen, Gregory's new book switches sides, dropping the white rose of the House of York for the crimson petals of the House of Lancaster. The Red Queen details how Margaret Beaufort patiently plotted to transfer power to her son, Henry VII. Gregory chatted with Goodreads about her battle allegiances and her tendency to tread on Shakespeare's toes.

Goodreads: You've written about Katherine of Aragon in The Constant Princess and rival sisters Mary and Anne Boleyn in The Other Boleyn Girl. What inspired you to write about Margaret Beaufort?

Philippa Gregory: Margaret, like all the best characters, came to me out of the historical research. She is simply such a powerful void in the story as usually told to us by historians. People speak of her tremendous influence on her son, and her working for his return to England, but because the one was her personality and the other was a tremendously well-kept conspiracy, by and large historians have not dared to speculate and many have not bothered to research. Once I became intrigued by her I started to research her in depth and found that it was possible to trace the conspiracy in which she played a central part, and see the source of the influence she had on her son who would never have even made it to Bosworth [the penultimate battle of the War of the Roses] if she had not set the throne of England as a goal for him. Once there, he would have been defeated if she had not persuaded her husband to change sides and fight for him.

GR: Religious piety is a strong component of Margaret's character, and she dreams of becoming the next Joan of Arc. What do modern readers need to know about the place of religion in 15th century society and culture?

PG: I think many modern readers cannot easily imagine the enormous importance of religion in a society when there is no science and no psychology. Everything can and is explained by the supernatural world, and you would have to go to a primitive society in today's world to understand the enormity of this. Margaret is recorded as wanting to be a nun and at the end of her life arranged her household almost like a nunnery—it is hard for modern women to imagine this—but if we want to understand the past we have to leave our preconceptions behind.

GR: You've spoken before about how the historical record, which is largely written by men about men, is often sketchy or even misogynistic when it comes to describing the lives of women. The figure of Elizabeth Woodville, who happens to be the narrator of The White Queen, is especially maligned by historians for her ambition. Did you find a similar amount of bias against Margaret Beaufort and her political aspirations?

PG: Amazingly there are only two biographies on Margaret Beaufort, and they are both out of print. The historians Mike Jones, David Baldwin, and myself are collaborating on a nonfiction book to be published next year which will have three essays on Elizabeth Woodville, Jacquetta Rivers, and Margaret Beaufort to help develop the studies of these and other relatively forgotten women. People simply don't study these women as powerful political figures; they study them as stereotypical women roles when they think of them at all. For Margaret personally, the historical record is overly affected by the histories commissioned by her son to emphasize the legitimacy of his reign, so she is very much viewed as a saintly matriarch of a royal house. Her years of struggle and disloyalty to two reigning kings are obscured, but these are key to understanding her and her world.

GR: Goodreads member Vivienne O'Regan asks, "In researching and writing these novels did you find that your sympathies tended toward the House of Lancaster or the House of York?"

PG: To tell you the truth, Vivienne, I am a Yorkist both by nature and because I now live in Yorkshire. When I was writing about Margaret Beaufort, I became very drawn to her; and when I wrote of Henry Tudor the nights before Bosworth, I found I wanted him to win—but I do think that Richard III was the legitimate and ordained king and should have kept his throne.

GR: The Red Queen brings your writing full circle, taking the story up to the moment in history when the Tudor dynasty commences. Goodreads Author Elizabeth Scott writes, "I wonder what it was like for Ms. Gregory, who has written extensively about the later Tudor period, to write about its very beginnings in The Red Queen."

PG: It's been a wonderful process to get behind the Tudors to the family that preceded them, and then to have the satisfaction of seeing the characters join up—especially seeing the grandparents of minor characters of the Tudor court. It is such fun recognizing a name and realizing that I have worked on the family before. This is only the second book of what is going to be a long series of at least six books—the others will show the interconnections even more.

GR: Goodreads Author Lucy Silag writes, "The thing I noticed about [The White Queen] is the influence of the mythology about the mermaid [Melusina] on the character and the plot. I found this really interesting, and I would like to know more about these sort of 'occult' pieces of the history of the time. How much comes from actual legend and how much did she have to fictionalize?"

PG: There is a very great deal of material on Melusina (more than on the "real" people actually!), so much of the legend is not only well researched, but there are many explanations and versions of Melusina. Of course, in the novel when I write of her, I am creating my version of a well-known legend and weaving her through the story. You will see she occurs again in the next book in the series, which will be called something like The Lady of the Rivers, and is the story of Jacquetta, Elizabeth's mother whose ancestor is Melusina and was always suspected of witchcraft and magic practices.

GR: Goodreads member Rozonda writes, "I was attracted to your work in The White Queen because it deals with historical characters which appear in Shakespeare's plays. Have Shakespeare's views of said characters influenced you?"

PG: With the exception of Henry V who has such a heroic tradition, I find myself often in disagreement with Shakespeare—which is rather amusing to me. But his view of women, and especially his view of Richard III, is very much the view of Thomas More, who was writing during the reign of Henry VIII and was, I believe, very much disposed to maintain the view of Tudor legitimacy. But I agree, it has been fascinating to tread on Shakespeare's toes in this way. I was partly inspired by the Royal Shakespeare Company, which recently did a whole season of the historical plays and said that the Plantagenets were just like The Sopranos. It helped me to see that the story is about power, violence, and secrets—not about a dead history.

PG: I write on a laptop, and I write anywhere in the house or, when I am traveling, on airplanes or on trains or in hotel lobbies. I take up a book to write as I might take up a book to read; it is a pleasure and a distraction for me. Only when I am doing difficult factual work do I feel the need to be in my study. I tend to do business letters and phone calls in the morning and then walk the dog or ride my horse, and then in the afternoon I have the pleasure of writing. If I am trying to get through a scene or get on with the novel, then I reread and write again at night.

PG: The 18th-century novels which I read for my Ph.D. (all 150 of them) were key for learning how a novel is put together. Other than that I read the English classical canon with constant joy, and I read nonfiction history books all the time.

PG: My favorite historian is probably Alison Weir, who is so accurate and so detailed, and my favorite fiction writer is probably George Eliot. Right now I am reading Barbara Kingsolver, The Lacuna.

PG: I am sure there will be six, so you can safely expect four more without anxiety. There may be more after that. The next one will be about Jacquetta. It is written in first draft so far, and I am very pleased with it.

I have read all of Phillippa Gregory's books and can't wait to read The Red Queen.

I love all of Phillipa Gregory's work and am anxious to start reading The Red Queen. It is next in my stack. I am happy to hear that there will be more books after this.

I enjoyed all of Phillipa Gregory's books except for the white queen. They seem to be getting too alike. Different time in history, but the story is alike.

I finished reading The Red Queen last week and it was great!I love to read Phillipa Gregory's books.

Really she is a great writer.she offers with her novels a posibility for foriegners to know about British Civilization and about kings and queens in Britain especially in the past.

how can I find it's novels? I want to read all of them

Amazon.com has all her books.

I liked The White Queen and I'm looking forward to this one. I really trust Gregory when it comes to her novels.

I'm glad to hear that there will probably still be another 4 books in the series because as well as reading about Elizabeth Woodville's mother, I'd also like to learn more about her daughter Elizabeth of York. Did she really love her uncle King Richard and how did she feel about marrying Henry Vii, did she grow to love him as well? It will be interesting to find out. 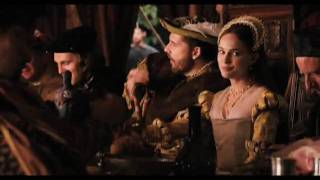