"In Bed" with Rob Sheffield 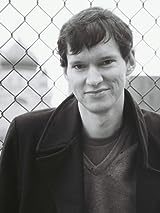 What were you listening to when you met your first love? Music, like scent, can trigger long-dormant memories. Rolling Stone writer Rob Sheffield first probed this phenomenon in his debut memoir, Love Is a Mix Tape, a candid and heartbreaking account of how he met, married, and lost his wife to an early death—told through the music they loved and the mix tapes they exchanged. His new book, Talking to Girls About Duran Duran, examines the roots of his deep bond with music, reflecting on how '80s pop shaped his adolescence. Sheffield shares five books that will be in sync with music lovers.

Like Punk Never Happened: Culture Club and the New Pop by Dave Rimmer

"The early 1980s were a golden age for British new wave scam artists with fire-hazard hair, as Adam Ant, Culture Club, Duran Duran, Kajagoogoo, etc. made some of the most brilliant pop records ever devised. Rimmer tells the story, and it's the funniest, smartest book I know about the connections between pop glitter and real-life human passion, the erotics of fandom, or the dirty details of the Boy George vs. Frankie Goes to Hollywood feud."

Killing Yourself to Live: 85% of a True Story by Chuck Klosterman

"This is the all-time great book about road-trip radio, which means it's one of the all-time great books about America, because America is road-trip radio. Klosterman drives cross-country, spinning the dial, haunted by the philosophical differences between "Slow Ride" and "Free Ride." I love all his books, but this is the one I reread most obsessively—it's like Hunter S. Thompson's Fear and Loathing in Las Vegas, except with 80 percent better drugs and 100 percent more Beyonce."

"The Mount Rushmore of first-wave rock and roll writers—Greil Marcus, Lester Bangs, Robert Christgau—are still the greatest. I could have picked any of their books, but Mystery Train happens to be the one on top of my bedside pile right now, a classic 1975 tour of American music from Robert Johnson to Superfly. The Clash turned this book into London Calling—indeed, one of the amazing things about Mystery Train is how much great music it keeps inspiring."

Our Band Could Be Your Life: Scenes from the American Indie Underground 1981-1991 by Michael Azerrad

"If you were lucky enough to waste the golden hours of your youth in sweaty basements watching hard-core bands who couldn't play, you probably never thought anybody would ever think you were lucky for anything. But Azerrad captures both the excitement and the despair, as he lets the American indie bands of the '80s tell their stories—Black Flag, Husker Du, the Minutemen, so many more—about how they helped invent the future."

The Importance of Music to Girls by Lavinia Greenlaw

"The first time I read this, I was just killing time at a bookstore in Heathrow Airport, and I got so engrossed I almost missed my flight home. A British poet takes a remarkably cold-eyed look at her life as a music fan: disco, '70s AM pop, punk rock. She isn't trying to bang the drum for any particular style of music—she just wants to figure out why it matters so much."

I look forward to the new book!

Oh, Rob Sheffield! When when will you write another book? Three times I've read through Love is a Mixtape. I need more.