Posted by Goodreads on January 13, 2009
6 likes · 7 comments
Doctors in training don't get a lot of sleep. The newly minted M.D. and debut author Josh Bazell must not sleep at all. While finishing his medical degree, Bazell also found the time to complete his first novel, a crime thriller called Beat the Reaper about a mob hitman turned doctor. A medical mafioso? Sounds suspiciously autobiographical, but Bazell insists that he's not running from the Cosa Nostra like his protagonist. Still a medical resident in San Francisco, Bazell is now working on his second book. He chatted with Goodreads about his reverence for Arthur Conan Doyle, the original doctor-cum-writer, and his penchant for footnotes.

Goodreads: Your protagonist is a man of two extremes—a killer-for-hire named Pietro Brnwa who transforms himself into a doctor named Peter Brown with help from the Witness Protection Program. What was your inspiration for this unusual character? Can two such extremes exist in a person?

Josh Bazell: I wanted to explore the extent to which people can change themselves. So I needed extremes, and since I wanted the character to end up as a doctor, it seemed reasonable to have him start out as a killer. As to whether a change of that magnitude is possible in reality, I think it is, at least to the extent that Pietro accomplishes it. He never gets to the point where it's easy—just to the point where, with enough ongoing effort, it's possible.

GR: Despite Pietro's sometimes cynical inner monologue, his actions demonstrate devotion to his patients. Are your own feelings on the state of the health care system similarly conflicted?

JB: Pietro is paying off a moral debt, which as far as I know I am not, but we both get a lot out of practicing medicine. Clearly many of the issues I describe in the book, such as the fact that private insurance and pharmaceutical companies are deeply involved in patient care but don't have patient health as their primary motive, are real. And anything that takes as much time from you as medicine does probably causes moments of doubt. But I've been fairly happy with my choices.

GR: Written in the first person, Beat the Reaper is Pietro's narrative, and it also includes his footnotes, which he uses to define medical terminology (location of the celiac plexus), offer running commentary (the ongoing influence of The Godfather on mobsters), and even insult the reader's attention span. How did you develop these footnotes in his voice?

JB: The tolerability of that kind of ornamentation comes down to how entertaining it is. Footnotes seemed like a plausible thing to try because the book touches on science and medicine, and they ended up adding a kind of additional time frame, since they seem to "take place" later than any other voice in the book, but I still tried to make sure you could ignore them if you wanted to and still understand the book.

GR: The book weaves together present and past. Flashbacks are interlaced with the story of the day when Pietro's past catches up with him. Was this back-and-forth structure difficult to create?

JB: Yeah, it was. I'm particularly aware of it now that I'm working on a book with a less complicated structure. It raised some interesting flow-through issues that I hope I've resolved in favor of the reader.

GR: Some say that convincing dialogue is one of the hardest components to write. Given your screenwriting background, what is your approach to dialogue?

JB: In my opinion, convincing dialogue is actually harder to write in screenplays than in fiction, because in a screenplay the dialogue has a larger burden to advance the story. In real life the things people say out loud relate only poorly to what they do and think, and fiction gives you a bit more room to play with this.

GR: Did you have a long-standing goal to be a writer? After studying writing as an undergraduate, you decided to attend medical school. What happened in between, and how did you return to your writing goals in medical school?

JB: I've wanted to write professionally since I was nine. I became seriously interested in science a few years later, and for most of my life I've tried to advance both pieces simultaneously, which has sometimes been difficult. I put off med school for a while because I was afraid it would keep me from writing, and once I was in med school I tried to stop writing to concentrate only on science. But neither approach seemed to work for me.

GR: How have you balanced medical school and residency—an educational process that is notorious for its grueling hours—with the demands of writing a novel?

JB: What seems to work for me is to try to concentrate on only one task at a time, and to treat writing and my day job as vacations from each other.

GR: What will be your next writing project? Another novel with Pietro?

JB: Yes. Pietro Brnwa continues. Within the confines of a sequel, I'm doing my best to make the next one equally enjoyable but also surprising.

JB: I'm bad at this. I'm getting slightly better at having a regular writing schedule, but usually I work project to project, spending more time each day on a project as I go along. It's like how rats speed up near the end of a maze. Clearly it's better to be scheduled.

GR: Who are some of your influences in the crime genre?

JB: There are a lot of them, but the writer who's most important to me is Arthur Conan Doyle, who first published just out of med school and whose most famous characters met in med school. I also like a lot of the pulp guys: Frederic Brown, Jim Thompson, Harry Whittington, and so on. In terms of pacing I would cite James Cain, Benjamin Appel, James Ellroy, and Ken Bruen. But like I say, there are a lot of them.

JB: I mostly read crime fiction, nonfiction, and classics, but I just finished a so-called literary novel, The Circus of the Earth and the Air by Brooke Stevens. It has about 20 things I hate in a book—dream sequences, doppelgangers, magical realism, and so on—but was fantastic. Before that, which I also loved, was Philip Pan's new book, Out of Mao's Shadow. The books I've read the most number of times are probably Lucky Jim, White Jazz, Double Indemnity, and Kidnapped. And if Katherine Dunn's new book comes out this year, I'll be ecstatic.

I read Beat the Reaper about six weeks ago. It was a great book and I really liked the way you kept the flow going between the action of the moment and the flashbacks. Loved the footnotes. Looking forward to the next book.

"Beat the Reaper" reminded me physically of "On The Road" in that I was breathless more often than not after a session of turning pages.

BTR remains in my top 5 most enjoyable, exciting reads of all time - and I read ALOT.

Oh Josh, shame on you...you stole the title from The Firesign Theater. (It appears as a game show on their album HOW CAN YOU BE IN TWO PLACES AT ONCE IF YOU'RE NOT ANYWHERE AT ALL which was released in 1969).

And, by the way, it's Fredric Brown..not Frederic. He was, perhaps, best known for the mystery novel THE SCREAMING MIMI (1949) which became a delightfully bad movie in 1958 starring Anita Ekberg, Philip "Are you grown up enoughy for Granny Goose" Carey and Gypsy Rose Lee. And the science fiction classic WHAT MAD UNIVERSE (also published in 1949). And the 1961 short story collection delightfully titled NIGHTMARES AND GEEZENSTACKS.

this is simply one of the funniest, most original books I have ever read- each page contains about 10 gems! I read quite a bit- and have many favorites- but this book is in the top three- maybe even the best!
I highly recommended it to the members of The James Mason Book Club on Goodreads which I started in Oct and now have over 1420 members!

I very much enjoyed this mashup of medical and Mafia. I "read" it via the wonderfully performed audiobook,downloaded to my mp3/wma device from the public library. I think it won or was nominated for an audiobook award.

I came across Wild Thing in the San Francisco Chronicle so I'm reading in reverse order, just started Beat the Reaper. I love the writing and the pace - I like the juxtaposition of killer/doctor. Fantastic. I mostly read literary fiction so have high expectations from writers of escape fiction. This the the Romp genre at it's finest!

So what I want to know is...when is the next book? I'm reading wild thing now (published in 2012) and see nothing further! These are great stories and I want more. 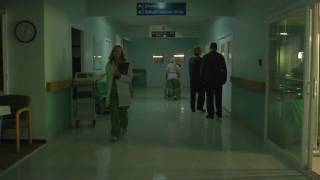