Natasha Ngan Shares the Influences Behind Her Asian-Inspired YA Fantasy

Posted by Goodreads on November 6, 2018
22 likes · 2 comments
Natasha Ngan is a YA author whose previous books include The Elites and The Memory Keepers. Her third novel, Girls of Paper and Fire, introduces readers to the Asian-inspired fantasy world of Ikhara, where different castes of demons and humans live alongside one another, though not at all peacefully.

Each year, the Demon King chooses eight human girls as his concubines. This time, two of the girls fall in love. Natasha Ngan talked to Goodreads over email to discuss how her new book is both a story about empowerment as well as a love letter to her identity and personal experiences. "At its heart, Girls of Paper and Fire is about friendship and surviving trauma; about the different ways in which we break and heal and find hope in even the darkest of places," says Ngan. "I like to think of it as my first gay feminist fantasy!"

Natasha Ngan: It’s a love note to my cultural heritage, filled with details and memories lifted directly from my personal experience. As a mixed-race diaspora child living between the U.K. and Malaysia, I have felt both strongly connected to my English and Chinese-Malaysian communities and also not quite connected enough.

For Girls of Paper and Fire, I wanted to create a world that felt fully true and authentic to me, a world and story with Asian roots that was also approachable from a western standpoint. Ikhara is filled with the foods and clothes and traditions and so many cultural details from my Chinese-Malaysian identity, but it’s not fully tied to any one place either. That sense of multiculturalism is definitely intentional.

GR: Tell us about the caste system in Girls of Paper and Fire. What inspired it, and how does it affect your main character, Lei?

NN: There are three castes in Ikhara: Moon caste (fully demon), Paper caste (fully human), and Steel caste (human with touches of demon attributes). Under the Demon King’s rule, demon castes are seen as superior, while Papers eke out difficult lives in low-skilled, hard-labor jobs and are subject to tyranny from the royal soldiers.

I studied geography at university and always had a strong interest in societies: how they function, why they function, and how groups of people justify the oppression of others. The castes in Ikhara are physical representations of this. Since Lei is human, we experience the oppression of Papers directly through her. But she also has a unique position, being one of the king’s concubines, which affords certain privileges (while imposing additional horrors). 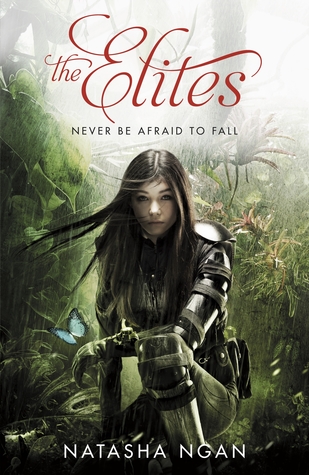 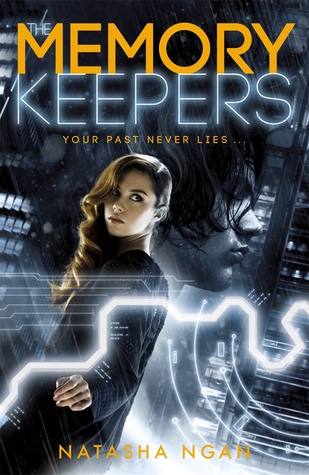 NN: I hope I’ve struck the right balance! Girls of Paper and Fire is certainly at times a dark, difficult book because it’s a world that’s representative of ours. The things its characters go through are real issues we can see in our own countries, many of which are at the forefront of current political discussions. But even when faced with the hardest of situations, humans have a way of finding hope. It’s always astounded me how strong people can be, especially young people. I wanted to reflect that. Ultimately I hope readers find Girls of Paper and Fire an empowering read that encourages them to be brave when facing their own demons.

GR: How did Lei appear to you?

NN: In order to find my way into the story, I had to find the right opening line. For Girls of Paper and Fire, that also meant finding Lei’s voice, since the book is told in first person. When the opening came to me, I was actually in a yoga class. It was late at night, the room dark and quiet, and we were meant to be relaxing in savasana—the pose at the end where you lie on the floor and usually meditate or do breathing work.

As I lay there, the line just popped into my head: "There is a tradition in our Kingdom, one all castes of demon and human follow." I heard it in Lei’s voice—soft, low, assured—and I rushed home to write the rest of the chapter, which became the book’s prologue. Once I found Lei’s voice, understanding her and being in her head was easy. Having to put her through all the things I did was not. Many scenes were emotionally difficult for me to write, but Lei’s strength and incredible resilience helped me push on. She continues to surprise and inspire me. 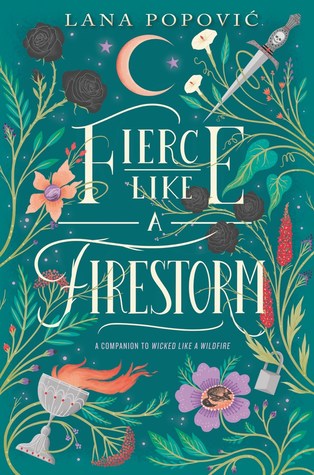 GR: Eventually Lei falls in love. We know you can’t give too much away, but what role does this relationship play in her journey?

NN: To me, the best kinds of love are those that empower you, that help you be the best you can be, that both calm your soul and at the same time ignite it with passion—not just for another person but for life itself. That’s exactly what Lei’s love does for her. She could have found her way on her own, but in a situation such as the one her and the other Paper Girls are in, enslaved by their abuser, it’s so beautiful that she finds someone to share her hopes and heartaches with, someone to both protect and empower—and who protects and empowers her in return.

GR: Many early reviewers have praised your book for its inclusion and representation. What has this meant to you?

NN: I can’t express how meaningful the reaction has been. I’ve been receiving messages and reviews from so many young readers—queer teens, Asian teens, fellow sexual-abuse survivors—saying how much the book means to them, and it just floors me every time. I didn’t realize just how much of myself there is in Girls of Paper and Fire (though now it seems obvious). I just wrote the book I wanted and needed when I was younger, that I still need today. So for the book to now be a support and inspiration for other readers with similar backgrounds and experiences? I’m incredibly humbled.

GR: What do you hope to see more of in the YA genre?

NN: It’s been brilliant to see the recent influx of diverse books and authors, but we need so much more, particularly own-voices stories. I believe the best representation comes from writers who have lived and breathed their stories. Not only that: It’s incredibly inspiring for young people to see creators who look and think and have similar lives to them. So my wish is for more and more diverse stories. Stories with real, authentic, lived-in diversity that will open up the umbrella category of "diverse books" to reflect just how varied and different all of those experiences within are.

GR: Our YA fans can never have too much to read! What YA books would you recommend to them?

NN: My recent YA science fiction and fantasy loves include Maura Milan’s Ignite the Stars, Lana Popovic’s Fierce Like a Firestorm, and Sangu Mandanna’s A Spark of White Fire. Bonus points to all of them for beautiful own-voices representation!

In terms of other genres, this summer I really enjoyed Taylor Jenkins Reid’s The Seven Husbands of Evelyn Hugo and Megan Abbott’s You Will Know Me. I was also blown away by Courtney Summer’s Sadie, which is a bit of a twin to Girls of Paper and Fire, with its story of a young girl seeking revenge on her abuser. But the best book I’ve read this year has to go to R. F. Kuang’s The Poppy War, a fantasy based on 20th-century Chinese history. It’s an adult book, but I recommend it to teens who feel confident handling its dark content, because it’s just so blisteringly good.

GR: What books are currently on your Want to Read shelf?

I feel like next year is going to be the best year for YA books yet! I cannot wait for Swati Teerdhala’s The Tiger at Midnight, Amelie Wen Zhao’s Blood Heir, Joan He’s Descendant of the Crane, Hafsah Faizal’s We Hunt the Flame, and Victoria Lee’s The Fever King. All are fantastically diverse own-voices stories! I’m also highly anticipating Hanna Alkaf’s The Weight of Our Sky, which is particularly important to me because of its exploration of racial politics in Malaysia.

Natasha Ngan's Girls of Paper and Fire is now available. Don't forget to add it to your Want to Read shelf! Be sure to also read more of our exclusive author interviews, and get more great book recommendations.

I have seen Natasha at YAllFest2018 in Charleston at the Spotlight event, where James Patterson introduced her. She is a truly gracious, humble and inspiring young writer worthy of every bit of attention she receives. Girls of Paper and Fire is a unique story that needed to be told and needs to be read.

I LOVED Girls of Paper and Fire. I'm a teen librarian and I'm constantly recommending this one to everyone I meet. We need more amazing own-voices books like this!