25 Things That Would Happen If Book Lovers Ruled the World 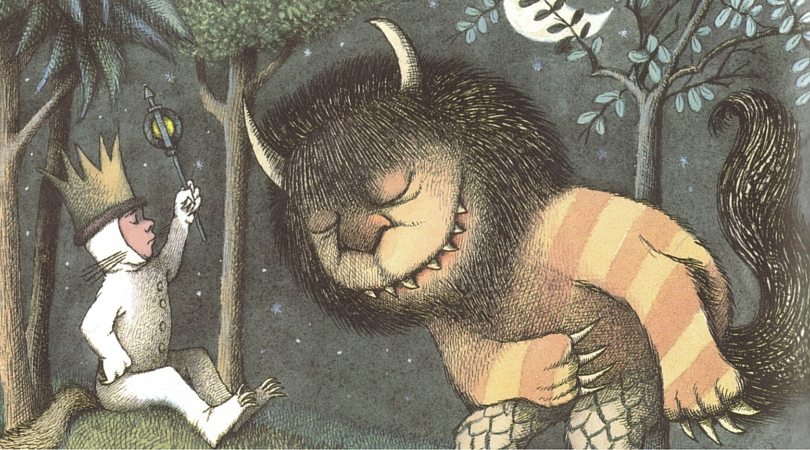 What would the world look like if book lovers were in charge? We asked you on Facebook and Twitter, and after reading your answers, we're ready to live in that world today. Check out the top responses—we think you'll want to live there, too.


If book lovers ruled the world…
1. "Every rainy day would be Stay Home and Read a Book Day." (A J MacDonald Jr)

2. "We would measure life by chapters, not minutes. Example: I'll be there after a cup of coffee and two chapters." (Rebecca Brewster)

3. "There would be a library on every corner…In other words, a library inside every Starbucks." (Renee Bradshaw)

4. "We would get a free ebook version when buying a hardcover or paperback book." (Tammy Hennig)

5. "Reality television would be replaced by story hour(s), and the grammar police would be real." (Team Linda Gray)

6. "Libraries and public schools would be properly funded." (Darcy Marwick)

8. "You'd get a book, not money, under your pillow from the Tooth Fairy." (CruzMissile)

10. "There would be a book hour in addition to a lunch hour at work every day." (Cindy Bell)

11. "Libraries would never have missing or misplaced volumes." (Katherine May)

12. "Everyone—no matter their gender, nationality, level of poverty, etc.—would be able to learn to read and have access to reading materials." (Bobbi Harman)

14. "There would be a special lane on walking tracks just for readers." (Misbah Ahmad)

17. "There would be more support for English courses and degree programs." (Grace Exner)

18. "The number of television channels would drop drastically." (Toufiq Rahman)

19. "Reading would be an actual job! Paid to read!" (Akshay Kumar Bajpai)

20. "A tree would be planted for every book published." (Becky Engstrom)

21. "We would have a peaceful and quiet world—apart from occasional squeals of delight, horror, long sighs, whimpers, etc." (Chloe Lewis)

22. "This would be a valid excuse to get the day off: I was up late finishing my book." (Joshua Dilts)

23. "There would be less ignorance and more tolerance." (Alicia Aleman)

24. "Hogwarts would be a real school, Middle-earth would be our world history, and everything would be Wonderland nonsense." (Aja Vinet)


What do you think would be different about a world run by book lovers? Tell us in the comments!
Like · 1599 likes · 332 comments

For number 13, I'm not much of a tea drinker. I think tea should be replaced with wine. Then it would be a perfect world! :)

The best is number 23 because ignorance really would end and people would be more understanding. That is one of the reasons I read, damage my own ignorance and escape from the mostly ignorant world. :)

I would totally vote for number 5.

My reader's heart wants number 24, but in this reality all I want is number 25!!! PLEASE can we have some shopping carts? We'll spend more money, I swear!

I love this list. People finally understand me! A day off is a day to read.

I agree with number 1,2,15,19,21 and 24. But the most i like is number 24. I mean come on!! If hogwarts is a real school. I would definitely study there and learn my history lesson in middle earth. Like number 21 though. I ran out of an excuse when my teacher ask me what i was up all night. I said to her " I was up late last night cause i've had to finish my novel reading" and she said "thats not an excuse". Geez. All of this 25 things enough to let us ruled the world.

Adore number 20. That one truly needs to happen!

I especially love #1 and #22. I would love to have the occasional day off to read a book, especially if it's one that I can't put down!

Aura wrote: "I would totally vote for number 5."

Love the first half, but not such a fan of the grammar police. I mean, colloquial is sometimes a good thing... (like when I'm talking with my younger brothers and our childhood speech patterns come out; or I'm talking with my ESL co-workers - of which I'm one - and we use unconventional descriptions of things)

Besides, "colorful metaphors"!
(Bonus points to those that know what that's from!)

Oh I fully agree with all of these. Life is so much better as a booklover. Especially when it comes to reality TV, who needs to know about everyone's frustrations about their new IPhone or worse embarrassing details about their boy/girlfriend that should stay very private, when there are so many epic stories still left untold. So many stunning books not yet made into movies/series. Anyway let us rule the world and none of that would be a problem.

Why don't book stores have shopping carts?? They really should.

Christine wrote: "My reader's heart wants number 24, but in this reality all I want is number 25!!! PLEASE can we have some shopping carts? We'll spend more money, I swear!"

Half Price Books has shopping carts! They're half the length of a grocery cart but stack, so you have two levels to fill up. Plus, they've always been good about people bringing a pile up to the desk to hold while getting even more! haha

#11 will never happen, sorry. I hope everything else, except the grammar police does.

#25 At least one used bookstore I frequent has this. And all of them at least have baskets now, which they didn't used to.

I love number 8. Why did my parents never do this for me?!

Like Health and Car insurance, we would also have a book insurance.

#20 already happens in Oregon many times over. (http://www.oregonloggers.org/Forest_f...) Since 1996 over 40 million saplings have been planted to grow into the trees that will make up the books we will hold in our hands years from now. :)

No more tired arms: there would finally be a device that holds your book above your face while you are lying down reading. And it doesn't look ugly.

Women's jeans pockets would be big enough to hold a paperback.

I'm sure everyone wishes for #15... the world would be way more peaceful:)

If bookworms/book-lovers rule the world:

There would be free cups of coffee for all during morning and free sittings on a couch/sofa/office chair in an air-conditioned sealed booth for silent and peaceful reading. There will also be free music where they are also options for readers whatever songs to be played to enhance their reading imagination. There will also be free cups of black or green tea at night even though teas usually make me sleepy. Libraries and bookstores would be 24-hours open.

This truly would be utopia! *sigh*...dreams..

If #1. "Every rainy day would be Stay Home and Read a Book Day." was the reality the US/State issued census would look very different. The majority of the population would live in the Olympic Mountain area(averages 130 inches of rain/yr), Mobile Alabama(averages 67 inches of rain/yr), S.E Alaska (Averages 160-200 inches of rain/yr) & so on. Forget the popular CA/NYC people would dream of relocating to rainier climates, think of all the reading days!!

yasssss! life would be perfect *sigh*

I wish book lovers ruled the world! Oh what an experience that would be :)

3. "There would be a library on every corner…In other words, a library inside every Starbucks." (Renee Bradshaw)

It shouldn't be a national holiday everyday a book comes out because otherwise everyday would be a day off. Other than that, this list is awesome!

so wait you are telling me #20 is NOT a valid excuse? that explains why my boss is so angry at me

I do not get a lot of things done, like cleaning the house and more, because my nose is poked in a book.
But reading takes me away from thinking about problems and other things I want to forget. We would not need to watch tv so much. I read during commercials, when I do.

Oluchi wrote: "Elizabeth wrote: "I do not get a lot of things done, like cleaning the house and more, because my nose is poked in a book.
But reading takes me away from thinking about problems and other things I..."

Oluchi, I believe you've already made your point.

How do we create this world!? I wanna live here! But no lessening of the TV channels, please. I love visual story telling to. :)

Tv viewing will automatically reduce. I am a voracious reader. I do not even remember when was the last time I watched my tv.

Bookstores would never go out of business. I was so sad when we lost Borders. Bookstores seem to be going extinct, and it will be truly terrible if that day ever comes. :(

I echo the shopping cart idea. They really need that.

Reading to me was the great escape from my childhood. I wish I had a book under my pillow for a lost tooth; and that all libraries had all books and that a tree was planted for each new book. The world would be a gentler place if we didn't have so much TV and video gaming going on.

#1 wouldn't work well where I live. Here on the desert we don't get very many rainy days. We're lucky to have one or two a year. :-(
Maybe a partly cloudy day for staying home and reading would work for us...

Oh how I wish bookstores had shopping carts, though my arms get a great workout trying to balance all the books :)

Thank you for the book love! I'm a bibliophile and was fully identifying with all of these brilliant ideas until I smacked into #16 As someone who works in a library, I could only shudder.

Librarians, believe it or not, have lives too! I love going home to my family; I love actually being able to BE WITH my family. When I have to work the late shift (till 8; going to be till 9 soon *sigh*), I don't get to see my child because she is sleeping; that tears my heart up.

And in case you are thinking, why not just have people who don't have families or who like late nights work late? It doesn't work that way in the library; we all get to take turns working late. Woo-hoo.