7 Little Known Facts About The Grapes of Wrath 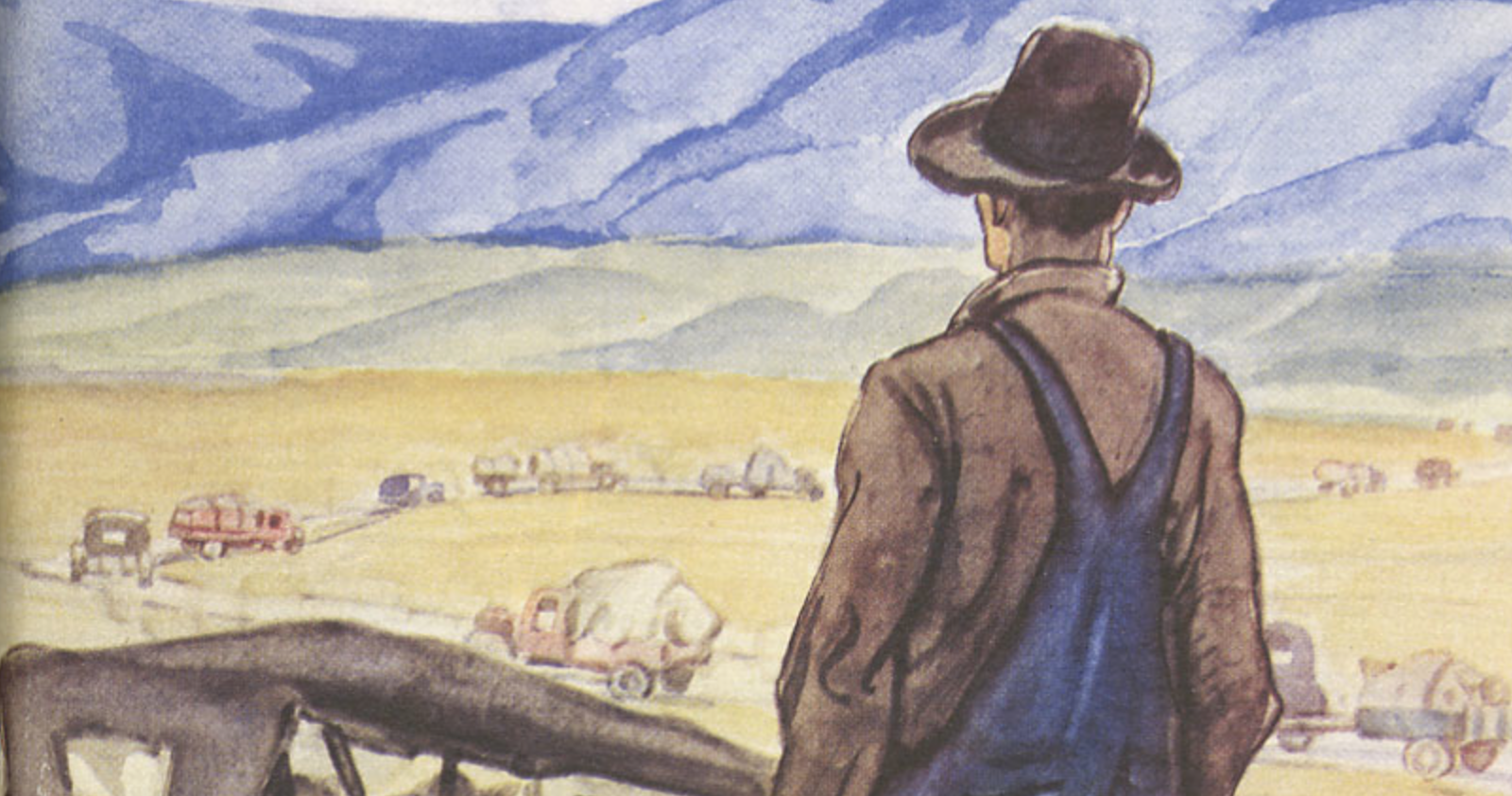 John Steinbeck won a Pulitzer Prize for The Grapes of Wrath 75 years ago today. To mark the occasion, we've gathered a few surprising facts about Steinbeck's groundbreaking tale of the Joad family.

1. The book was briefly banned in the Soviet Union.
Despite focusing on a poor family's plight during the Great Depression, Steinbeck's book felt like false propaganda to Joseph Stalin and the Communist Party. The reason? It showed that even the most impoverished American could afford a car.

2. The FBI put Steinbeck under surveillance.
Most authors have detractors; Steinbeck's were just more aggressive than average. In response to vehement criticisms and death threats (as well as the previously mentioned ire of the Soviet Union), Steinbeck had federal agents keeping an eye on him.

3. Steinbeck wasn't very impressed with The Grapes of Wrath.
"It isn't the great book I had hoped it would be," he wrote in his diary. "It's just a run-of-the-mill book."

4. The field notes Steinbeck used for research were supposed to be for someone else's book.
In 1938, Farm Security Administration worker and author Sanora Babb collected stories from displaced migrants with the intention of using them for her own novel. Then her supervisor shared the field reports with Steinbeck. With The Grapes of Wrath's success, Babb's unpublished book, Whose Names Are Unknown, was eclipsed and forgotten. The novel was finally published in 2004, a year before Babb's death.

5.The book title is taken from The Battle Hymn of the Republic.
Steinbeck's first wife, Carol, suggested the title, taken from this line: "Mine eyes have seen the glory of the coming of the Lord / He is trampling out the vintage where the grapes of wrath are stored."

6. The Grapes of Wrath gave Route 66 its nickname.
The iconic two-lane road that connects Chicago to Los Angeles was first dubbed the "Mother Road" by Steinbeck. "66 is the mother road, the road of flight," he wrote, capturing the sense of hope and redemption families felt as they escaped the Dust Bowl states.

7. Popular rumor claimed the book was published as The Angry Raisins in Japanese.
While ultimately proved false, the rumor spread like wildfire after a New York Times story about Elaine Steinbeck, John Steinbeck's widow, and her travels overseas: "Once in Yokohama and, at sea with Japanese, she asked a book-store owner if he had any books by her favorite author. He thought for a moment, then said, yes, he had The Angry Raisins." Probably just a verbal misfire, but forever immortalized in title translation infamy.

Loved The Grapes of Wrath? Add more Steinbeck classics to your to-read shelf with this Listopia: Books by John Steinbeck.
Like · 147 likes · 26 comments

Very interesting, and #7 is pure hilarity.

I agree. These fact are very interesting; better than the book!

Interesting facts i did not know, and #7 really is funny. :)

I have yet to read this, but this is fascinating! Tuank you for the awesome blog post. I've only read one Steinbeck book so far and loved it......

Read the book and watched the classic movie with my grandma, I think Henry Fonda played in it.

Julie wrote: "The book was great ( although SO sad ).
I agree with Steinbeck on # 3 .
East of Eden was even better ."

East of Eden is the BEST book EVER. I agree, Julie, The Grapes of Wrath is very, very sad.

I read it when I was in high school and it influenced my understanding of what was happening during the Great Depression.

One of my favorate classics of all times.

7 aint true? Aww. That would have been a great story.

interesting "tidbits" Read the book and have seen the movie. Good book and great movie.

#4 is appalling! Imagine working so hard for this information, and for your own novel on the subject, only to have it stolen from under you with no apology or recognition! John Steinbeck may have written the classic, but Senora Babb deserves credit for putting in the field work (literally!) and spending time with the actual families who inspired the story.

Kelly wrote: "I agree. These fact are very interesting; better than the book!"

It is interesting story!

Before he wrote his Pulitzer Prize-winning novel The Grapes of Wrath, John Steinbeck was commissioned by The San Francisco News to write a series of articles on the migrant laborers of the Salinas Valley. The result, ‘The Harvest Gypsies” (1936) were published consecutively from October 5 to October 12, 1936. In 1938 the Simon J. Lubin Society published The Harvest Gypsies, with an added eighth chapter, in pamphlet form under the title, Their Blood is Strong. Steinbeck’s reportage is stark. The images seen in the Farm Security Administration’s photos bear out his every word

My favorite novel,and I live on Route 66!

It makes you realize just how good we have it now.

I'm surprised that #5 is thought to be "little known".

Hope to read it soon.

Same here. Hope to as a neighbor of mine owns a copy.

I am lucky i had in as part of my education in my college years, fond memories of taking part in active discussion in the classroom.

Julie wrote: "The book was great ( although SO sad ).
I agree with Steinbeck on # 3 .
East of Eden was even better ."

I totally agree. East of Eden is better

Thanks to #7, I'm picturing the old claymation California Raisins dressed up as the Joads.