I always wanted to write a shapeshifter story and in 2002 I got my wish. I wrote a story called The Awakening in a novella entitled Fantasy along with Sabrina Jeffries, Emma Holly and Elda Minger. I enjoyed writing the novella so much I thought I’d try my hand at writing a full novel. Wild Rain was my first full novel in the Leopard Series and the hero and heroine, Rio and Rachael, were in the forest surrounded by danger. What fun! 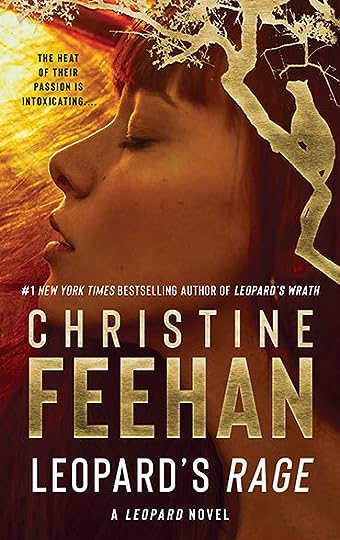 Now, I’ve written my 13th Leopard series novel – Leopard’s Rage ! The leopard shifters are still in danger but now we’ve add a mob element and so much more!

We’ve seen many different types of leopards over the years. Cloud leopards, Amur leopards and now a Strawberry leopard just to name a few. I’ve been writing a lot about the Amur leopards lately and the hero of Leopard’s Rage, Sevastyan falls into that category. He’s Amur leopard from Russian with a horrific past that he has fought hard to survive and overcome. I thought it would be fun to pair him with Flambe, a woman who helps rescue others like herself, an ultra-rare Strawberry leopard. Flambe is courageous and smart. She owns her own landscaping business. But, she’s never been mated before and something more is at play with our heroine that will challenge Sevastyan and may surprise the reader! 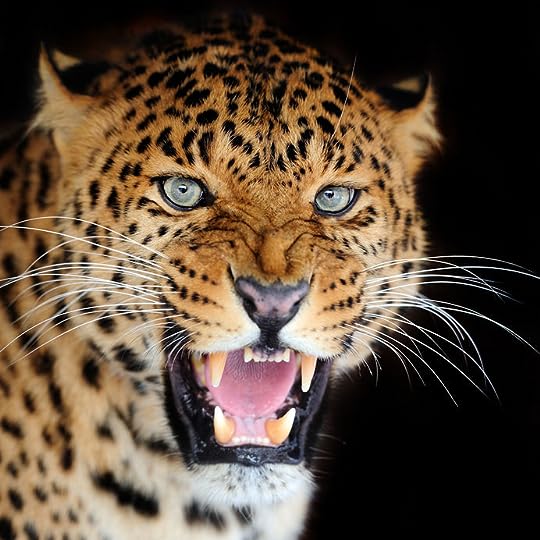 I love how this series has flowed over the years. Before Leopard’s Rage is the story of Sevastyan’s cousin, Mitya in Leopard’s Wrath. Before that is another Amurov relative – Timur in Leopard’s Run. You can see the progression of where these characters are going and danger follows them. And in Leopard’s Rage the danger is overwhelming in a way that brings the adventure in this story to a 10!

Let me know which of the Leopard books have been your favorite. (It’s okay to pick more than one!) LOL

I love all of the books in the Leopard series but my favourites are, Leopard’s Fury, Wildcat and Burning Wild. I’ve reread them all a number of times😉

I love the entire series, and each time I reread I find something else that draws me in even more. Drake Donovan will always be my favorite character in the series, love his book, Savage Nature, with Saria, her brothers and that disfuntional Bayou Lair

Drake and Saria are my favs

I love the whole series

I love the leopards, all of them, but my favourite is Jake, mostly because of Emma. I love how she manages him, and how he thinks he's managing her. Most of the leopard pairs seem to work that way, and I find the vision of female empowerment most interesting. I would love to know if Remy's brothers find their mates, if the expected babies are all ok, if Maggie and Brandt have children, what about Rio and Rachel? So much I need to know, please write some more books!

I absolutely love the Leopard series. I can't seem to choose a favorite. They are all great. Can hardly wait for Nov. 10 for the new one...(this is from Linda Wilkinson, she was unable to comment and asked me to.)

My favorite book is Leopard's Fury. I love how Fyodor loves Evangeline, and works toward making her happy in their relationship, seeing to her needs, and wants. I adore those Amurov men! I can't wait to see if Sevastyan moves Fyodor into second place.😁

I think for me it's a toss up between Savage Nature & Wild Rain. Saria got me started on them, then I got the rest. She is my kind of "I do what I want!" kind of woman. Drake, I could probably kill him sometimes, but at least he doesn't let anyone walk all over him.
Racheal & Rio, I love their set up out in the jungle. Her fierce little attitude about her man & how he gets treated. Rio, his way of going things. I love how she first starts seeing it almost like flashbacks & he starts explaining it to her.

I love all of your books. I feel with each character. Sometimes I wonder at how easily the heroine submits but that is just something that puzzles me. Besides that the writing is wonderful. I am in the process of owning all of your books, in all of your series. I pre-order from Amazon as soon as books are available. Thank you so much for writing such wonderful books.

I hear what you mean! It is so easy to get into a book & just about become the character. If you have the imagination you can live the story!

I love all your series but there is something very intimate about each book in the leopard series. I just can't put it down once i start reading. Thank you