The Youngest Ferraro Steps Out of the Shadows 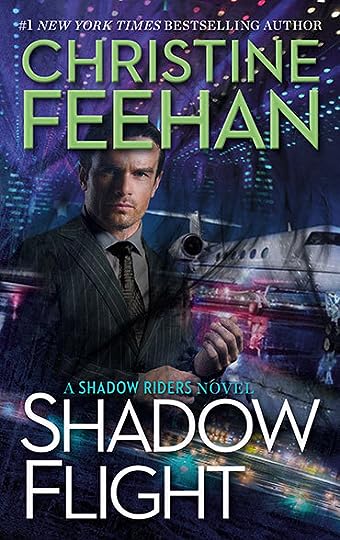 Taviano is the youngest brother and in Shadow Flight we really see how he’s grown as a man. All of the Ferraros are alphas, even Emme. Just because Taviano looked up to big brother Stefano didn’t mean he wasn’t a badass in his own right. He took missions. He delivered justice. He also had a unique love interest in that, Nicoletta had been rescued by the Ferraros and now lived in their sphere.

I really enjoy writing this series. Most people know that I have a large family and that family means the world to me. It shouldn’t be a surprise to anyone that most of my books have that kind of theme running through them. The Shadow Rider series is about family and with Taviano and Nicoletta’s story you get several layers of it. From the love of siblings, to what makes up family we learn how family can save us in so many ways. 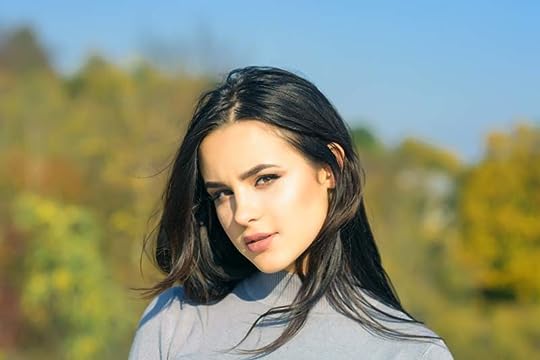 Taviano loves his family, but something from his past kept his apart. Because his secret could, in his opinion, harm the family, he couldn’t share it. But, something in Nicoletta gave him solace and he’d go to her to keep his demons at bay even though it wasn’t the right time for a romantic relationship. 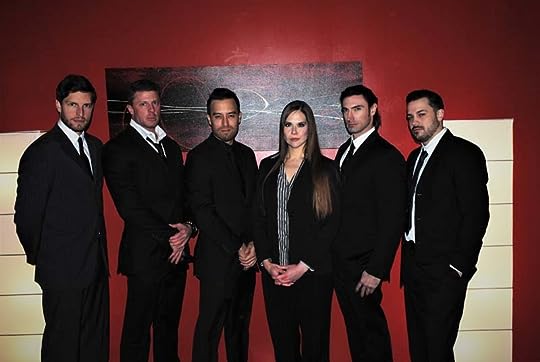 Taviano is a bit of a hothead and the most like Stefano. He’s always been his own man. He’s not one to ask for permission. When things go sideways and he needs to protect Nicoletta, he makes the decision he feels will keep her safe, even though the cost to him is dear.
Taviano is willing to pay the price for his decisions, his mistakes and desires.

My Sisters And I Absolutely LOVED Taviano And Nicoletta's Story And The Build Up Leading To This Book. As Usual, CF's Writing Style Is Gripping And Makes You Not Want To Put The Book Down Until It's Finished. We Particularly Enjoyed The Implementation Of The Cousins From LA & NY, As Well As, The Back Story On Eloisa And What Could Have Shaped Her To Be As She Is Now. We Developed Some Empathy For Her, But Not Much. It Will Take Much More For Her Redemption Due To Her Utter Neglect Of Her Children And Passing Those Responsibilities Onto Her Eldest Son.

We Won't Spoil Anything For Those Who Haven't Read This Book. But It Did Clear Up A Lot Of Unanswered Questions For Us And Made Us Eager For Emme's Story Next And To Know Who She Will Be Ultimately Mated With. We Are Pulling For Val, Though, Since She Obviously Has Real Chemistry With Him. We Can See How CF Could Angle His Mistreatment Of Em... Similar To How Everyone Perceived The Ferraro Brothers To Be Playboys When They Really Were Just Projecting That Image To Protect Their Family And Obligations To Provide Protection And To Dispense Ultimate Justice To Those Who Are Seemingly Above The Law And Who Are A Continued Threat To Society.

Meu Deu, We Love This Series. It's Our 2nd Favorite Next To The Dark Series. Muito Obrigada, Christine, For Sharing Your Magical Worlds And Remarkable Imagination With Us. Your Artistic Gifts Have Given Many Of Us An Avenue Of Pleasant Escape From All The Woes Of The World And Ignited Our Own Secret Dreams While Enjoying The Experience Of Watching Mystic Men And Phenomenal Women Fall In Love, Mate And Do Heroic Things To Help Better Their Worlds. LOL

We Could Go On And On, But You All Will Have To Just "Experience" This Literary Bliss For Yourself. Keep Them Coming, Lady C, And We'll Keep Supporting Your Work! Paz e Amo. ~ Dr. LS (Posting)

Threeggals wrote: "My Sisters And I Absolutely LOVED Taviano And Nicoletta's Story And The Build Up Leading To This Book. As Usual, CF's Writing Style Is Gripping And Makes You Not Want To Put The Book Down Until It'..."

So happy that you enjoyed their story!

Okay, so I have read and re-read everything Christine has written. Every single book. But OMG!!! Taviano and Nicoletta's story takes her writing to another level. What an amazing story. I must confess I have read it and have also listened to it on Audible. It is that good. I have my favorite couples and Taviano and Nicoletta have made it into the club of favorite couples.

Oh. My. God, Taviano and Nicoletta have a story?! Wow, I need to catch up! Just finished Shadow Rider,,

Love the scenes and the dialog in all the books when they are being a "normal" family- eating, cooking and hanging out in the kitchen or dining room. Gatherings like that don't happen often enough in this day and age, and it brings a sense of peace and an old familiar certainty that all will work out because they are a family. They are for each other. Loved this book too!

Thank you. I'm so happy you enjoyed Taviano and Nicoletta's love story!

I dont have the book as yet because of the COVID-19. None of my friends not coming to Jamaica from the US

Hope to get it soon
Janet