Imagination A Little Duck with a Hat 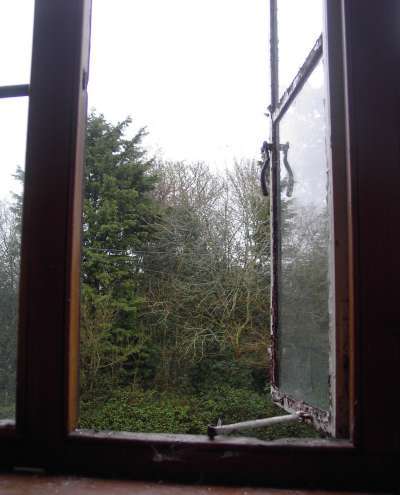 Some years ago I attended a seminar at the Norwich Writers’ Centre given by a literary agent. (Incidentally, if you are a writer living in or near Norwich, there are some great resources available. It is, after all, England’s first UNESCO City of Literature.) This is an excellent way of finding out about the publishing industry. I had previously been to a talk given by a panel of agents and publishers at the University of East Anglia, which was informative, but it was in one of the lecture theatres, and so was more formal. The seminar at the Writers’ Centre was much more like a small group tutorial followed by brief one-to-one discussions with the agent. When we signed up for the seminar, we all had to provide an extract of our work (the first five pages, A4, double-spaced) and the cover letter we intended to send with submissions to agents. In the individual meetings, the agent gave her advice and suggestions on how to improve our pitch.

My extract was from the start of The Private Enemy. I had previously done a diploma course in creative writing, and the first 10,000 words of this novel had formed the majority of my portfolio. I had also been on other writing courses and writing groups so, by this time, the beginning of my novel had been pretty much analysed to death. (The remainder was subsequently critiqued in private lessons with my writing tutor.) The agent only had two comments to make about my extract before moving on to my query letter.

Her first comment was that she didn’t like science fiction. Fair enough. There are some genres that I don’t like, and if I’d been sending in the query letter for real I would’ve selected an agent who accepted SF. (Some of my writing peers who critiqued my work also didn’t like it, so I was well aware that a writer can’t please everyone.) Her second comment was a suggestion to cut out the mention of an open window, since she felt it was an irrelevant detail, and this brings me on to the topic of this post.

When writing a novel, every little detail must count towards something. This is more formally known as conservation of detail. If an item is described, it must have some significance. For example, a Chekhov’s Gun or some implement that’s later used needs to be mentioned so that the reader doesn’t say, “Hey, where did that come from?” In a mystery, clues need to be seeded throughout the novel otherwise the reader will feel cheated. Red herrings are also useful if the writer wants some misdirection. The reader should be able to assume that the characters and the world of the novel are like reality unless otherwise indicated. This means that the writer doesn’t need to tell the reader that all the characters are human and living on Earth. However, the writer does need to mention if the characters are, say, multi-tentacled lifeforms in another galaxy.

It’s boring for readers to trawl through endless pages of description that catalogues every button and stitch of clothes or every leaf and blade of grass in the surroundings. This doesn’t mean that the opposite extreme is good. A total absence of description gives the impression of formless beings floating around in the ether. The reader can assume that the characters are wearing clothes as they walk around the city, but a few details (such as a pinstriped suit or a hoodie and ripped jeans) can help to form an image in the reader’s mind. The reader can assume that the city has roads and buildings, but a few pertinent details can help to form the world of the novel.

To return to the window example, what does an open window add to a story? There could be an unseen character behind it, eavesdropping. It could be used as an unorthodox method of entry. It could cause a draught that blows an important scrap of paper behind a piece of furniture. It could signify a need for ventilation that might not otherwise be taken for granted (for example, to show it’s stifling hot or to reduce smoke or gas inhalation). Alternatively, it could be just an open window. In which case it needs to be cut because it’s a little detail that doesn’t count.

Critiquing is a useful way of detecting these unnecessary details. (In case you’re not familiar with the writing process, book reviews are for the benefit of potential readers for works that have already been or are about to be published. Critiquing is a tool for writers to help improve a work in progress.) Feedback can highlight the need for pruning. The critiquer may simply flag instances, but another more interesting phenomenon may occur. If the critiquer knows that the writer is in the habit of applying conservation of detail, any accidental slips can sometimes be interpreted as significant. When this happens to me, it usually triggers one of two reactions: oops, better cut that or hmm, that’s given me an idea. The latter is like discovering some coins down the back of the sofa, which is rather fun.

If you have hours to spare and you don’t mind being sucked into the black hole of TV Tropes, you can read more about the Law of Conservation of Detail over there.