In this future, all sports offer "open" competitions in which anyone can participate, while most spo…moreGreat question! We'll see more of this in book 3.

In this future, all sports offer "open" competitions in which anyone can participate, while most sports also have separate divisions based around anatomical difference, though not gender specifically. Think of weight classes in boxing, or how horse races are divided into classes by the height of the horse's shoulders. For each sport, the effects of weight, height, stride, shoulder width etc. are considered and competitions are divided into classes reflecting what advantages different body types offer. Thus racing, for example, might be classed by stride length, basketball and gymnastics by height, discus by shoulder width or arm length, while rifle might not be divided at all since body type doesn't affect rifle skill as much. In many sports, the physically smaller classes tend to have more female competitors since women are smaller on average, but it's far from 100%. In a few sports which are very strongly affected by fundamental skeletal differences, such as how men's and women's hip and knee joints work differently, or how different the center of gravity is for men from women, the division is in a practical sense mostly by sex, but the rules are written in terms of specific physical features rather than gender, and intersex people or people with unusual characteristics which place them anatomically in a category not typical for their sex compete alongside those with similar musculo-skeletal structures, rather than having sex organs be the categorical determiner. Some historic reenactment sports are still gender segregated in this future by tradition, but not modern professional sports. In addition to reducing gender segregation, one effect of this system is to give more opportunities for athletes who have extraordinary ability but don't have extreme anatomy to match it, such as physically large female gymnasts, or short runners.

Sniper is petite and competes in the smallest anatomical category for pentathlon, but is very skilled and prefers to compete in "open" pentathlons. Being petite gives Sniper a disadvantage in the running and swimming elements, and somewhat poor reach in fencing, disadvantages which Sniper makes up for by working extra hard on riding, fencing training, and pistol.(less)
flag 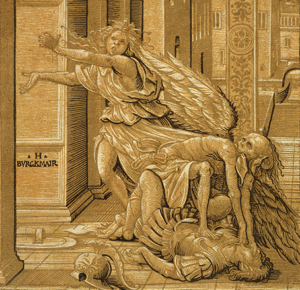 Hello, readers! The past few weeks have been very intense for me with the 2021 run of my Papal Election Simulation, but I wanted to post some links and announcements about a couple of free online talks, two recent and two upcoming. One is today (May 13th) at 5:30 PM Central time on “The Apocalyptic Renaissance” for the U Chicago Smart Museum of Art’s fabulous new exhibit “ Lust, Love, and Lo Read more of this blog post »
View more on Ada Palmer's website »
2 likes · Like  •  0 comments  •  flag

Meet the Rising Stars of Science Fiction & Fantasy
You can't boldly go anywhere if you only stick with what's familiar. Imagine if Frodo Baggins had stayed home or if Ender had...
Read more...
160 likes · 44 comments 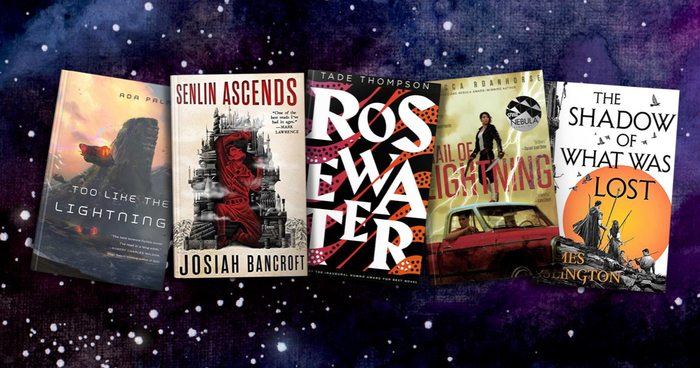 Ada Palmer is currently reading
The Invention of Pornography, 1500--1800: Obscenity and the Origins of Modernity
by Lynn Hunt
bookshelves: currently-reading

“Is it not miraculous, reader, the power of the mind to believe and not believe at once?”
― Ada Palmer, Too Like the Lightning
14 likes
Like

“I wanted it so much. So much sometimes it felt like I couldn't breathe. Sometimes I would cry, not because I was sad, but because it hurt, physical pain from the intensity of wanting something so much. I'm a good student of philosophy, I know my Stoics, Cynics, their advice, that, when a desire is so intense it hurts you, the healthy path is to detach, unwant it, let it go. The healthy thing for the self. But there are a lot of reasons one can want to be an author: acclaim, wealth, self-respect, finding a community, the finite immortality of name in print, so many more. But I wanted it to add my voice to the Great Conversation, to reply to Diderot, Voltaire, Osamu Tezuka, and Alfred Bester, so people would read my books and think new things, and make new things from those thoughts, my little contribution to the path which flows from Gilgamesh and Homer to the stars. And that isn't just for me. It's for you. Which means it was the right choice to hang on to the desire, even when it hurt so much.”
― Ada Palmer, Too Like the Lightning
10 likes
Like

“Books, even made-up stories, can't all have happy endings because they reflect the real world, and the real world isn't always happy.”
― Ada Palmer, Too Like the Lightning
tags: books, happy-endings
8 likes
Like