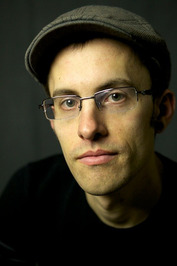 Shane is currently reading
Blood and Politics: The History of the White Nationalist Movement from the Margins to the Mainstream
by Leonard Zeskind
bookshelves: currently-reading, non-fiction, social-movements, history

Error rating book. Refresh and try again.
Rate this book
Clear rating
1 of 5 stars2 of 5 stars3 of 5 stars4 of 5 stars5 of 5 stars
Quotes by Shane Bauer  (?)
Quotes are added by the Goodreads community and are not verified by Goodreads. (Learn more)
“Like prison systems throughout the South, Texas's grew directly out of slavery. After the Civil War the state's economy was in disarray, and cotton and sugar planters suddenly found themselves without hands they could force to work. Fortunately for them, the Thirteenth Amendment, which abolished slavery, left a loophole. It said that 'neither slavery nor involuntary servitude' shall exist in the United States 'except as punishment for a crime.' As long as black men were convicted of crimes, Texas could lease all of its prisoners to private cotton and sugar plantations and companies running lumber camps and coal mines, and building railroads. It did this for five decades after the abolition of slavery, but the state eventually became jealous of the revenue private companies and planters were earning from its prisoners. So, between 1899 and 1918, the state bought ten plantations of its own and began running them as prisons.”
― Shane Bauer, American Prison: A Reporter's Undercover Journey into the Business of Punishment
7 likes
Like

“The United States imprisons a higher portion of its population than any country in the world. In 2017 we had 2.2 million people in prisons and jails, a 500 percent increase over the last forty years. We now have almost 5 percent of the world’s population and nearly a quarter of its prisoners.”
― Shane Bauer, American Prison: A Reporter's Undercover Journey into the Business of Punishment
5 likes
Like

“How many times have such meetings been held throughout American history? How many times have men. be they private prison executives or convict lessees, gotten together to perform this ritual? They sit in company headquarters or legislative offices, far from their prisons or labor camps, and craft stories that soothe their consciences. They convince themselves, with remarkable ease, that they are in the business of punishment because it makes the world better, not because it makes them rich.”
― Shane Bauer, American Prison: A Reporter's Undercover Journey into the Business of Punishment
tags: corporate-greed, prison, prisons-in-america
4 likes
Like