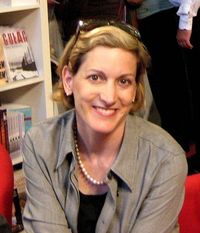 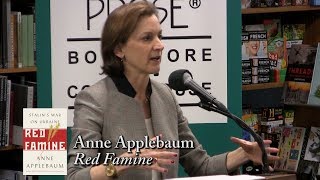 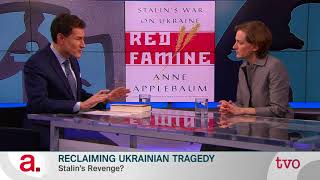 Born
in Washington, D.C., The United States
July 25, 1964
Genre
History
edit data
Journalist and Pulitzer Prize-winning author who has written extensively about communism and the development of civil society in Central and Eastern Europe. Since 2006, she is a columnist and member of the editorial board of the Washington Post.
She is married to Radosław Sikorski, the former Polish Minister of Foreign Affairs (2007-2014). They have two children, Alexander and Tadeusz.

Anne Applebaum isn't a Goodreads Author (yet), but she does have a blog, so here are some recent posts imported from her feed.

“Before a nation can be rebuilt, its citizens need to understand how it was destroyed in the first place: how its institutions were undermined, how its language was twisted, how its people were manipulated.”
― Anne Applebaum, Iron Curtain: The Crushing of Eastern Europe, 1944-1956
24 likes
Like

“The dominance of former communists and the insufficient discussion of the past in the post-communist world is not coincidental. To put it bluntly, former communists have a clear interest in concealing the past: it tarnishes them, undermines them, hurts their claims to be carrying out 'reforms,' even when they personally had nothing to do with the past crimes.”
― Anne Applebaum, Gulag: A History
15 likes
Like

“If the Russian people and the Russian elite remembered - viscerally, emotionally remembered - what Stalin did to the Chechens, they could not have invaded Chechnya in the 1990s, not once and not twice. To do so was the moral equivalent of postwar Germany invading western Poland. Very few Russians saw it that way - which is itself evidence of how little they know about their own history.”
― Anne Applebaum, Gulag: A History
tags: chechen, chechnya, russia, soviet-union, stalin
11 likes
Like

Is this you? Let us know. If not, help out and invite Anne to Goodreads.