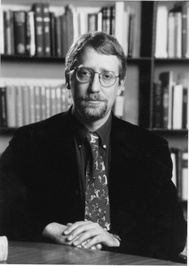 Born
in Portland, Maine, The United States
January 01, 1955
Genre
History
Influences
Marvin Meyers Marvin Meyers ...more
edit data
Alan Shaw Taylor is a historian specializing in early American history. He is the author of a number of books about colonial America, the American Revolution, and the Early American Republic. He has won a Pulitzer Prize and the Bancroft Prize for his work.

· 9,766 ratings · 1,054 reviews · 131 distinct works • Similar authors
More books by Alan Taylor…
Quotes by Alan Taylor  (?)
Quotes are added by the Goodreads community and are not verified by Goodreads. (Learn more)
“Writing to his son in 1799, John Adams blamed America’s political turmoil on “a systematical dissolution of the true Family Authority. There can never be any regular Government of a Nation without a marked Subordination of Mothers and Children to the Father.” Tellingly, Adams suddenly remembered his forceful wife and urged his son to keep his patriarchal sentiments “a Secret,” for their revelation would “infallibly raise a Rebellion against me.”67 Rather”
― Alan Taylor, American Revolutions: A Continental History, 1750-1804
1 likes
Like

“The greatest liberator was Robert Carter of Nomini Hall in the Northern Neck. An eccentric great planter, he experimented in radical religion, joining a Baptist church that included twenty-nine of his own slaves. Carter’s spiritual quest led him to recognize slavery as a sin. In 1791 he began to liberate his 509 slaves, freeing about 25 a year until completing the process in 1812. His dismayed children saw much of their inheritance dissolve into freedom, and his neighbors denounced the freedmen for setting bad examples that ruined their slaves, who thereafter resented and resisted their bondage. An angry neighbor rebuked Carter, “It appears to me (witnessing the consequences) that a man has almost as good a right to set fire to his own building though his neighbor’s is to be destroyed by it, as to free his slaves.”
― Alan Taylor, The Internal Enemy: Slavery and War in Virginia, 1772-1832
0 likes
Like

“Fleeing first, in November 1813, Presley represented the greatest blow, for a body servant was a master’s favorite and confidante: no one knew Jones better than Presley did. Presley, however, preferred to serve a Royal Navy captain. In 1815 a visitor to HMS Havannah recognized Presley, whom he praised as “uncommonly likely & trained as a House Servant.” The visitor noted that Presley had renamed himself “Washington,” evidently after the great revolutionary leader who had won liberty and independence for the Americans.3 As a black Washington, Presley returned to free his friends and family left behind. In October 1814, Presley guided a British raiding party to Kinsale, liberating the rest of the slaves and casting Jones out. Presley’s return represents a common pattern in the slave escapes during the war. Runaways tended to bolt in two stages: in the first, a pioneer runaway made initial contact with the British, and then in the second stage, he returned home to liberate kin and friends.”
― Alan Taylor, The Internal Enemy: Slavery and War in Virginia, 1772-1832
0 likes
Like