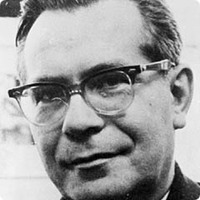 His most important works are Social Darwinism in American Thought, 1860–1915 (1944); The American Political Tradition (1948); The Age of Reform (1955); Anti-intellectualism in American Life (1963), and the essays collected in The Paranoid Style in American Politics (1964). He was twice awarded the Pulitzer Prize: in 1956 for The Age of Reform, an unsentimen Richard Hofstadter was an American public intellectual, historian and DeWitt Clinton Professor of American History at Columbia University. In the course of his career, Hofstadter became the “iconic historian of postwar liberal consensus” whom twenty-first century scholars continue consulting, because his intellectually engaging books and essays continue to illuminate contemporary history.

Richard Hofstadter was born in Buffalo, New York, in 1916 to a German American Lutheran mother and a Polish Jewish father, who died when he was ten. He attended the City Honors School, then studied philosophy and history at the State University of New York at Buffalo in 1933, under the diplomatic historian Julius Pratt. As he matured, he culturally identified himself primarily as a Jew, rather than as a Protestant Christian, a stance that eventually may have cost him professorships at Johns Hopkins University and the University of California, Berkeley, because of the institutional antisemitism of the 1940s.

As a man of his time, Richard Hofstadter was a Communist, and a member of the Young Communist League at university, and later progressed to Communist Party membership. In 1936, he entered the doctoral program in history at Columbia University, where Merle Curti was demonstrating how to synthesize intellectual, social, and political history based upon secondary sources rather than primary-source archival research. In 1938, he joined the Communist Party of the USA, yet realistically qualified his action: “I join without enthusiasm, but with a sense of obligation.... My fundamental reason for joining is that I don’t like capitalism and want to get rid of it. I am tired of talking.... The party is making a very profound contribution to the radicalization of the American people.... I prefer to go along with it now.” In late 1939, he ended the Communist stage of his life, because of the Soviet–Nazi alliance. He remained anti-capitalist: “I hate capitalism and everything that goes with it.”

In 1942, he earned his doctorate in history and in 1944 published his dissertation Social Darwinism in American Thought, 1860–1915, a pithy and commercially successful (200,000 copies) critique of late 19th century American capitalism and those who espoused its ruthless “dog-eat-dog” economic competition and justified themselves by invoking the doctrine of as Social Darwinism, identified with William Graham Sumner. Conservative critics, such as Irwin G. Wylie and Robert C. Bannister, however, disagree with this interpretation. ...more

“To those who suspect that intellect is a subversive force in society, it will not do to reply that intellect is really a safe, bland, and emollient thing. In a certain sense, the suspicious Tories and militant philistines are right: intellect is dangerous. Left free, there is nothing it will not reconsider, analyze, throw into question. "Let us admit the case of the conservative," John Dewey once wrote. "If we once start thinking no one can guarantee what will be the outcome, except that many objects, ends and institutions will be surely doomed. Every thinker puts some portion of an apparently stable world in peril, and no one can wholly predict what will emerge in its place." Further, there is no way of guaranteeing that an intellectual class will be discreet and restrained in the use of its influence; the only assurance that can be given to any community is that it will be far worse off if it denies the free uses of the power of intellect than if it permits them. To be sure, intellectuals, contrary to the fantasies of cultural vigilantes, are hardly ever subversive of a society as a whole. But intellect is always on the move against something: some oppression, fraud, illusion, dogma, or interest is constantly falling under the scrutiny of the intellectual class and becoming the object of exposure, indignation, or ridicule.”
― Richard Hofstadter, Anti-Intellectualism in American Life
tags: anti-intellectualism, criticism, intellectual, intellectualism, intellectuals, radicalism
21 likes
Like

“It is a poor head that cannot find plausible reason for doing what the heart wants to do.”
― Richard Hofstadter, The American Political Tradition and the Men Who Made It
19 likes
Like

“Tocqueville saw that the life of constant action and decision which was entailed by the democratic and businesslike character of American life put a premium upon rough and ready habits of mind, quick decision, and the prompt seizure of opportunities - and that all this activity was not propitious for deliberation, elaboration, or precision in thought.”
― Richard Hofstadter, Anti-Intellectualism in American Life
tags: extroversion, introversion
17 likes
Like