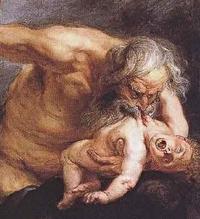 Cory is currently reading
If I Had Your Face
by Frances Cha (Goodreads Author)
bookshelves: currently-reading

“It was love at first sight, at last sight, at ever and ever sight.”
― Vladimir Nabokov, Lolita
tags: humbert-humbert, love
5931 likes

“He broke my heart. You merely broke my life.”
― Vladimir Nabokov, Lolita
1499 likes

“You know you're in love when you can't fall asleep because reality is finally better than your dreams.”
― Dr. Seuss
tags: attributed-no-source, dreams, love, reality, sleep
121001 likes

“You get a good review, and it’s like crack. You need another hit. And another. And another. I know authors are like Tinkerbell and generally need applause to survive, but it’s a slippery slope.”
― Alexandra Bracken
tags: authorship, publication, reviews
27 likes

Anti-Raito Yagami — 3 members — last activity Oct 31, 2011 10:34AM
Down with misogyny! Down with self-absorbed wannabe geniuses! Down with psychopathic killers! DOWN WITH RAITO YAGAMI!
More of Cory’s groups…

How have you been?

Hey Cory - all the best for 2013 and in particular with your writing!

You know you're really started to influence my reading tastes and writing. I like that.

I pretty much stopped watching anime. Occasionally I might decide to watch Paranoia agent though, which by the way is a must see and I think you might enjoy it.
If I do happen to go back to fiction writing I'd rather steer clear of the YA market. It just seems to have been conquered by morons. I just hope Adult fiction steers clear of the moron-domination. Although the fact that '50 shades of grey' has become a popular adult novel is causing me to have second thoughts about that...
Maybe nothing is sacred anymore?

I am not, unfortunately. My inner author has pretty much been hit by a truck filled with acid, dead babies and so on, so I have barely any creative juices flowing. I don't know if it's just really bad writer's block or not, but it's keeping the story on hold indefinitely. Good to see you still active in your passions as a writer. So you're hoping to get into the YA market or...?

Good to see you're still active. How have you been?

Thank you for adding me and your support.

Yeppers. I've been off my medication for a while now, saw a blue godtier hoodie and my INNER JOHN EGBERT was triggered.

HOW DID YOU KNOW?!

Thanks for the friend add :) Yay for Hawaii, I was raised there as a child and most of my dad's family lives in Honolulu.

Didn't know you published a book. Look foward to reading it. Is it published internationally?

I can not stop changing! It's too much power!

Cory wrote: "I guess we'll see how my opinion on that changes when I upgrade my account on Nov 1. "

You are currently reading two books with characters called Lissa in them.

Is there any way you'd be able to give me posting access to the Book Lantern, so I don't have to keep bugging you or Katya to post my stuff? Thanks.

You changed your picture.

It confused me so much for about two minutes.

Cillian wrote: "I'll go with Wilkes.
The only reason why Misery movie is better than the book is because of Kathy Bates.
She IS the movie."

Isn't she though? This and The Shining were made by Kathy Bates and Jack Nicholson. For all his failure made for tv movies, those two (and Dolores Claiborne if you've seen it) were win.

Isn't she though? Between her and Hannibal Lector, I don't know who I like more.

LTTT has glowing reviews and I wonder what you'll think of it. Break...eh, it was okay for a debut, and A Solitary Blue sounds good. Sucks about Vera Dietz, but maybe next time. The Spectacular Now should keep you satisfied (hopefully!) for a while. :)

I bet my house that they are Chris Brown apologists too. Especially Kimi. Lord, she's an idiot.

I'm done now, but God was that ever horrible. I'm very excited to write my review about it today. So many things need to be said I'll probably use up almost all of my word count on this one.

Oh, dearest Cory, it already has. My brain is so fried right now.

If I may interject rudely...(I do this a lot)

Well, it kind of figures. After all, who did he live to model himself after? Probably one of the most socially inept people in existence...

Yes. Yes you are.

Who'd win in a battle of the wits, Beyond Birthday or Hannibal?

Moorchild wrote: "Cory wrote: "Moorchild wrote: "I think you should have a picture of one of The Silence aliens for your profile picture next time, because they scare me more than anything else you've ever had as yo..."

It might be one of the most important things you've ever done. Okay, slight exaggeration.

Moorchild wrote: "I think you should have a picture of one of The Silence aliens for your profile picture next time, because they scare me more than anything else you've ever had as your icon."

No problem, I'll just send it to Katya to post.

Ceilidh wrote: "Hey, I sent my EdbookFest report to you over a week ago ad it still hasn't gone up. Is something wrong?"

Hey, I sent my EdbookFest report to you over a week ago ad it still hasn't gone up. Is something wrong?

Cory, I'm laughing my fucking ass off at the way you are owning this fools. Especially, when you said "sparkledouche". AHAHAHAHAHAHAA!

Noran wrote: ""Let us fight for the dignity of our reviews!" Best quote!
I really like it a lot!"

Thanks! And many thanks for reading my twific.

"Let us fight for the dignity of our reviews!" Best quote!
I really like it a lot!

Princess 'Lina wrote: "Lol sorry for the confusion. Yeah, the name change was sudden, but I was in the mood for something different!

Decent. Reading back screenplays filled with melodrama and lifetime angst. The things I do to keep my scripts from seeming cliche and overwrought. And you?

Cory wrote: "Beth wrote: "I think we're fighting a losing battle in the whole HP thing. It's hard to get anywhere when the zebra doesn't want to acknowledge the fact that it's been eaten. XD"

Yeah, me too. I can't stand that kind of passive-aggressive weaseling.

Beth wrote: "I think we're fighting a losing battle in the whole HP thing. It's hard to get anywhere when the zebra doesn't want to acknowledge the fact that it's been eaten. XD"

Right? I've just de-subscribed to the thread. I don't have time for that bullshit.

I think we're fighting a losing battle in the whole HP thing. It's hard to get anywhere when the zebra doesn't want to acknowledge the fact that it's been eaten. XD

Sorry, it's the only thing I can come up with. I know it's sad, but I've ran out of comebacks.

Come on. Reagan, as in possessed demon Reagan. No cheating. If Toph bent the demon to the middle of the earth, satan would only send the demon back up and either break Toph's arms and legs, or possess her.

And I probably have way too much time on my hands if I'm actually debating this D:

Ahahaha, this is where you have it wrong: I will cheat and say that we are talking about Reagan, not her demon, in which Toph wins. Besides, even with the demon Toph could send the demon 50000 miles underground and get away in time to warn everybody. So Toph still wins.

I will stay by Toph's side no matter what.

Moorchild wrote: "Severus wrote: "Actually, I agree with Hayden. It would really blend in quite nicely.

A demon from hell vs an Earthbender. Reagan could throw up on Toph, summon satan, and possess Aang to create total chaos. She wins hands down.

Actually, I agree with Hayden. It would really blend in quite nicely.

@Moorchild: You too. Though, in comparison, I think Reagan beats Toph, no matter awesome she is.

@Hayden: I LIKE Miley Cyrus. Okay, that's a lie. I tolerate her.

I think to match all the other profile pics you've had, you should go for this next:

Kira wrote: "Cory, your new userpic is some creepy-ass shit.

Thank you. It really was time for a change.

Cory, your new userpic is some creepy-ass shit.

Cory wrote: "Torie wrote: "Hey! I was just comparing books with a bunch of my friends and was just wondering why you didn't like "The Dark Knight Strikes Again" and "The Dark Knight Returns." I could totally ..."

Oof. Wasn't Year One good? I remember setting it down when I was reading it and I couldn't help but smile at the thought of Gordon being such a BADASS!

I liked The Dark Knight Strikes Again and The Dark Knight Returns, and (embarrassingly) admit that I totally cried during the last Alfred scene where he says, "Goodbye, sir" (I don't know if you remember what I'm talking about). I thought it was a pretty innovative idea to pull them into the future where age takes a toll on their withered and battered bodies, and where they're forced to overcome both personal and actual demons. Plus, the intermingling of the aged superheroes was pretty cool. Haha

I'll admit, though, the whole Robin story was just...I don't know, it felt like a last minute thought of "Hey, know who would be cool as the villain?" Totally understand where you're coming from in your thoughts on this though. I hated the girl robin character and found her so irritating, I found myself hoping that she would get killed off.

Torie wrote: "Hey! I was just comparing books with a bunch of my friends and was just wondering why you didn't like "The Dark Knight Strikes Again" and "The Dark Knight Returns." I could totally understand how..."

Eh, not only was the art not up to par with Batman: Year One, but it felt like Frank Miller jumped the shark. Especially in The Dark Knight Strikes Again. That scene with Wonder Woman/Superman, Batman being able to beat up Superman, Robin going insane... ugh. He abandoned all logic and credibility to write a parody that made little to no sense. I don't think it's as bad as All Star Batman and Robin, but he lost my respect with that. He tried so hard to make a radical statement against superheroes that he failed in the exact opposite way that Alan Moore did with Watchmen.

Hopefully, that answers the question. It's been almost a year and a half since I've read them. But hey, I don't like a lot of comics that others do. I can't stand Alan Moore or Jeph Loeb, despite their popularity.

Yes. You'd have to send me half a million dollars before I got really excited.