,
Discover new books on Goodreads
See if your friends have read any of Audacia Ray's books 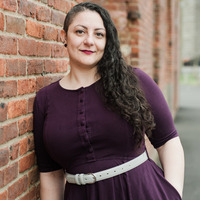 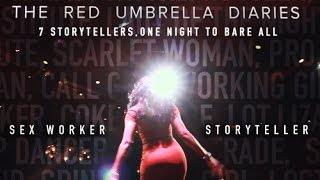 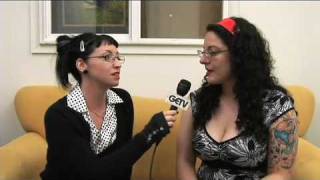 Big announcement time: after more than a decade doing sex worker rights activism in various forms and five years of founding and running Red Umbrella Project, by the end of February 2016 I will be moving back from the movement and from my role as Executive Director of RedUP.

I’m striving for transparency in my leadership and want to start talking about this now, during a good moment for both me and

More of Audacia's books…
Quotes by Audacia Ray  (?)
Quotes are added by the Goodreads community and are not verified by Goodreads. (Learn more)
“As a woman of color who is interested in these issues of democracy and who wants to enact social change, Pilaf sees the Internet as a tool that perpetuates the corporate, white, middle-class hegemony of American consumer culture rather than a tool for revolution. Instead of viewing the Internet as a new outlet for activism and that opens up a world of communication, Pilaf sees the online communication and activism as an escape valve, a way to remove oneself from interactions with people. Although I disagree with her on this point, I’m very much aware that my ability to see the Internet as revolutionary comes from a place of privilege, in which I can think of the Internet as a sexual, political, and intellectual arena because I’m in a place (geographically and economically) where these are the very things that are my primary focus and concern. Although some of Pilaf’s criticisms overlap with those technophobes who view the Internet as the devil’s playground, her observations come from a very real, intense place of political and personal discomfort with forging ahead of digital culture and the casualties this ‘progress’ may leave.”
― Audacia Ray, Naked on the Internet: Hookups, Downloads, and Cashing in on Internet Sexploration
tags: audacia-ray
2 likes
Like

“The darkness that exists online is not a property that lurks inside our servers and our cyberdildonics; it is inside the people who have found an outlet that exists to express themselves---for both good and evil (and sexy stuff in between). To say that the Internet is an entity that threatens human society, morality, and nature is naive at best and an expression of displaced blame at worst.”
― Audacia Ray, Naked on the Internet: Hookups, Downloads, and Cashing in on Internet Sexploration
tags: audacia-ray
2 likes
Like

Amber Dawn
author of
How Poetr...

Roxane Gay
author of
Hunger: A...

Louise Erdrich
author of
The Round...

Victor LaValle
author of
The Balla...