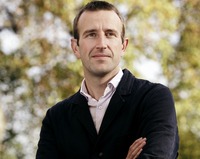 Robert hasn't connected with their friends on Goodreads, yet.

Robert Macfarlane is the author of prize-winning and bestselling books about landscape, nature, people and place, including Mountains of the Mind: A History of a Fascination (2003), The Wild Places (2007), The Old Ways (2012), Holloway (2013, with Stanley Donwood and Dan Richards), Landmarks (2015), The Lost Words: A Spell Book (with the artist Jackie Morris, 2017) and Underland: A Deep Time Journey (2019). His work has been translated into many languages, won prizes around the Robert Macfarlane is a British nature writer and literary critic.

Robert Macfarlane is the author of prize-winning and bestselling books about landscape, nature, people and place, including Mountains of the Mind: A History of a Fascination (2003), The Wild Places (2007), The Old Ways (2012), Holloway (2013, with Stanley Donwood and Dan Richards), Landmarks (2015), The Lost Words: A Spell Book (with the artist Jackie Morris, 2017) and Underland: A Deep Time Journey (2019). His work has been translated into many languages, won prizes around the world, and his books have been widely adapted for film, television, stage and radio. He has collaborated with artists, film-makers, actors, photographers and musicians, including Hauschka, Willem Dafoe, Karine Polwart and Stanley Donwood. In 2017 he was awarded the EM Forster Prize for Literature by the American Academy of Arts and Letters. ...more

The Hottest Books of Summer
Here at Goodreads we take our summer reading seriously. After all, there are beach bags to be packed and ereaders to stock!...
Read more...
126 likes · 56 comments 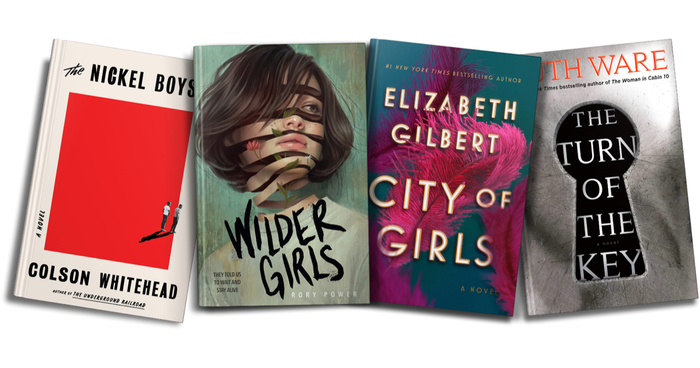 Quotes by Robert Macfarlane  (?)
Quotes are added by the Goodreads community and are not verified by Goodreads. (Learn more)
“Those who travel to mountain-tops are half in love with themselves, and half in love with oblivion.”
― Robert Macfarlane, Mountains of the Mind: A History of a Fascination
tags: adventure, arrogance, humility, inspirational, mountaineering, mountains, oblivion
286 likes
Like

“Mountains seem to answer an increasing imaginative need in the West. More and more people are discovering a desire for them, and a powerful solace in them. At bottom, mountains, like all wildernesses, challenge our complacent conviction - so easy to lapse into - that the world has been made for humans by humans. Most of us exist for most of the time in worlds which are humanly arranged, themed and controlled. One forgets that there are environments which do not respond to the flick of a switch or the twist of a dial, and which have their own rhythms and orders of existence. Mountains correct this amnesia. By speaking of greater forces than we can possibly invoke, and by confronting us with greater spans of time than we can possibly envisage, mountains refute our excessive trust in the man-made. They pose profound questions about our durability and the importance of our schemes. They induce, I suppose, a modesty in us.”
― Robert MacFarlane, Mountains of the Mind: Adventures in Reaching the Summit
tags: adventure, climbing, mountains, wilderness
154 likes
Like

“There is no mystery in this association of woods and otherworlds, for as anyone who has walked the woods knows, they are places of correspondence, of call and answer. Visual affinities of color, relief and texture abound. A fallen branch echoes the deltoid form of a streambed into which it has come to rest. Chrome yellow autumn elm leaves find their color rhyme in the eye-ring of the blackbird. Different aspects of the forest link unexpectedly with each other, and so it is that within the stories, different times and worlds can be joined.”
― Robert Macfarlane, The Wild Places
38 likes
Like

“The first language humans had was gestures. There was nothing primitive about this language that flowed from people’s hands, nothing we say now that could not be said in the endless array of movements possible with the fine bones of the fingers and wrists. The gestures were complex and subtle, involving a delicacy of motion that has since been lost completely.

During the Age of Silence, people communicated more, not less. Basic survival demanded that the hands were almost never still, and so it was only during sleep (and sometimes not even then) that people were not saying something or other. No distinction was made between the gestures of language and the gestures of life. The labor of building a house, say, or preparing a meal was no less an expression than making the sign for I love you or I feel serious. When a hand was used to shield one’s face when frightened by a loud noise something was being said, and when fingers were used to pick up what someone else had dropped something was being said; and even when the hands were at rest, that, too, was saying something. Naturally, there were misunderstandings. There were times when a finger might have been lifted to scratch a nose, and if casual eye contact was made with one’s lover just then, the lover might accidentally take it to be the gesture, not at all dissimilar, for Now I realize I was wrong to love you. These mistakes were heartbreaking. And yet, because people knew how easily they could happen, because they didn’t go round with the illusion that they understood perfectly the things other people said, they were used to interrupting each other to ask if they’d understood correctly. Sometimes these misunderstandings were even desirable, since they gave people a reason to say, Forgive me, I was only scratching my nose. Of course I know I’ve always been right to love you. Because of the frequency of these mistakes, over time the gesture for asking forgiveness evolved into the simplest form. Just to open your palm was to say: Forgive me."

"If at large gatherings or parties, or around people with whom you feel distant, your hands sometimes hang awkwardly at the ends of your arms – if you find yourself at a loss for what to do with them, overcome with sadness that comes when you recognize the foreignness of your own body – it’s because your hands remember a time when the division between mind and body, brain and heart, what’s inside and what’s outside, was so much less. It’s not that we’ve forgotten the language of gestures entirely. The habit of moving our hands while we speak is left over from it. Clapping, pointing, giving the thumbs-up, for example, is a way to remember how it feels to say nothing together. And at night, when it’s too dark to see, we find it necessary to gesture on each other’s bodies to make ourselves understood.”
― Nicole Krauss, The History of Love
229 likes
Like

“Here's a secret: Everyone, if they live long enough, will lose their way at some point. You will lose your way, you will wake up one morning and find yourself lost. This is a hard, simple truth. If it hasn't happened to you yet, consider yourself lucky. When it does, when one day you look around and nothing is recognizable, when you find yourself alone in a dark wood having lost the way, you may find it easier to blame it on someone else -- an errant lover, a missing father, a bad childhood -- or it may be easier to blame the map you were given -- folded too many times, out-of-date, tiny print -- but mostly, if you are honest, you will only be able to blame yourself.

One day I'll tell my daughter a story about a dark time, the dark days before she was born, and how her coming was a ray of light. We got lost for a while, the story will begin, but then we found our way.”
― Nick Flynn, The Best American Nonrequired Reading 2009
tags: 143, life, torture
218 likes
Like

“Over the years I'd lodged him in the permanent past, my pluperfect lover, put him on ice, stuffed him with memories and mothballs like a hunted ornament confabulating with the ghost of all my evenings. I'd dust him off from time to time and then put him back on the mantelpiece. He no longer belonged to earth or to life. All I was likely to discover at this point wasn't just how distant were the paths we'd taken, it was the measure of loss that was going to strike me--a loss I didn't mind thinking about in abstract terms but which would hurt when stared at in the face, the way nostalgia hurts long after we've stopped thinking of things we lost and may never have cared for.”
― André Aciman, Call Me by Your Name
tags: life, love-and-loss, nostalgia, regret
263 likes
Like

“The truth of life is that every year we get farther away from the essence that is born within us. We get shouldered with burdens, some of them good, some of them not so good. Things happen to us. Loved ones die. People get in wrecks and get crippled. People lose their way, for one reason or another. It's not hard to do, in this world of crazy mazes. Life itself does its best to take that memory of magic away from us. You don't know its happening until one day you feel you've lost something but you're not sure what it is. It's like smiling at a pretty girl and she calls you 'sir'. It just happens.”
― Robert R. McCammon, Boy's Life
156 likes
Like