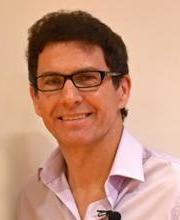 Born
The United States
Genre
Anthropology
edit data
Joseph Henrich is an anthropologist. He is the Chair of the Department of Human Evolutionary Biology of Harvard University and a professor of the department.


Joseph Henrich's research focuses on evolutionary approaches to psychology, decision-making and culture, and includes topics related to cultural learning, cultural evolution, culture-gene coevolution, human sociality, prestige, leadership, large-scale cooperation, religion and the emergence of complex human institutions. Methodologically, he integrates ethnographic tools from anthropology with experimental techniques drawn from psychology and economics. His area interests include Amazonia, Chile and Fiji. Joseph Henrich is an anthropologist. He is the Chair of the Department of Human Evolutionary Biology of Harvard University and a professor of the department.

“Monogamous marriage changes men psychologically, even hormonally, and has downstream effects on societies. Although this form of marriage is neither “natural” nor “normal” for human societies—and runs directly counter to the strong inclinations of high-status or elite men—it nevertheless can give religious groups and societies an advantage in intergroup competition. By suppressing male-male competition and altering family structure, monogamous marriage shifts men’s psychology in ways that tend to reduce crime, violence, and zero-sum thinking while promoting broader trust, long-term investments, and steady economic accumulation”
― Joseph Henrich, The Weirdest People in the World: How the West Became Psychologically Peculiar and Particularly Prosperous
3 likes
Like

“The results reveal the power of prestige: when the gold-starred player had the opportunity to contribute money first, he or she tended to contribute to, and thus cooperate in, the joint effort, and then the following player—the low-prestige person—usually did as well. So, everyone won. However, when the low-prestige player got to contribute money first (or not), he or she tended not to contribute to the joint project (not cooperate), and then, neither did the high-prestige player. Even”
― Joseph Henrich, The Secret of Our Success: How Culture Is Driving Human Evolution, Domesticating Our Species, and Making Us Smarter
3 likes
Like

“The case I’ve presented in this book suggests that humans are undergoing what biologists call a major transition. Such transitions occur when less complex forms of life combine in some way to give rise to more complex forms. Examples include the transition from independently replicating molecules to replicating packages called chromosomes or, the transition from different kinds of simple cells to more complex cells in which these once-distinct simple cell types came to perform critical functions and become entirely mutually interdependent, such as the nucleus and mitochondria in our own cells. Our species’ dependence on cumulative culture for survival, on living in cooperative groups, on alloparenting and a division of labor and information, and on our communicative repertoires mean that humans have begun to satisfy all the requirements for a major biological transition. Thus, we are literally the beginnings of a new kind of animal.1 By contrast, the wrong way to understand humans is to think that we are just a really smart, though somewhat less hairy, chimpanzee. This view is surprisingly common. Understanding how this major transition is occurring alters how we think about the origins of our species, about the reasons for our immense ecological success, and about the uniqueness of our place in nature. The insights generated alter our understandings of intelligence, faith, innovation, intergroup competition, cooperation, institutions, rituals, and the psychological differences between populations. Recognizing that we are a cultural species means that, even in the short run (when genes don’t have enough time to change), institutions, technologies, and languages are coevolving with psychological biases, cognitive abilities, emotional responses, and preferences. In the longer run, genes are evolving to adapt to these culturally constructed worlds, and this has been, and is now, the primary driver of human genetic evolution. Figure 17.1.”
― Joseph Henrich, The Secret of Our Success: How Culture Is Driving Human Evolution, Domesticating Our Species, and Making Us Smarter
3 likes
Like

Is this you? Let us know. If not, help out and invite Joseph to Goodreads.