Discover new books on Goodreads
See if your friends have read any of Joseph A. Michelli's books 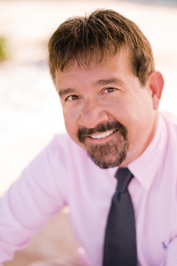 Born
in The United States
August 11, 1960
Website
http://www.josephmichelli.com/
Twitter
josephmichelli
edit data
Joseph Michelli is an American psychologist, speaker, and author. He started his career as a psychologist in 1988 and began writing business books in 2004.

Quotes by Joseph A. Michelli

“On January 5, 1914, Henry Ford more than doubled the minimum wage for many of his employees by introducing a $5 a day minimum pay scale for employees of the Ford Motor Company. On that same day, Ford began offering profit sharing to his employees and reduced shifts from nine hours to eight. Ford’s treasurer at the time, James Couzens, explained these bold leadership moves by saying, “It is our belief that social justice begins at home. We want those who have helped us to produce this”
― Joseph Michelli, Leading the Starbucks Way: 5 Principles for Connecting with Your Customers, Your Products and Your People
1 likes
Like

“great institution and are helping to maintain it to share our prosperity.” On January 5, 2012, 98 years later, embittered individuals who identified with the Occupy Wall Street movement were in the 111th day of a protest that began in Zuccotti Park in New York City’s Wall Street financial district. These protestors were expressing what they perceived as economic unfairness and inequality resulting from corporate greed. The group’s mantra, “We are the 99 percent,” reflected cynicism and distrust for business, financial, and governmental systems that they viewed as sacrificing the interest of the country’s 99 percent in favor of the wealthiest 1 percent. Where had we come in a century? Dov Seidman, founder, chairman, and CEO of LRN, a company that helps businesses develop and maintain effective corporate governance, suggests, “This crisis of trust in our basic institutions is so troubling precisely because the lack of trust is in so many cases well deserved. Broken promises, obfuscation, spin, concealment, all have created a suspicion—often unfortunately true—”
― Joseph Michelli, Leading the Starbucks Way: 5 Principles for Connecting with Your Customers, Your Products and Your People
0 likes
Like

“Consumers want the predictable and consistent, with an occasional positive twist or added value thrown in. Psychologists who study happiness (the correct psychological/research term is subjective well-being) often talk about the importance of predictability for safety and security (the caramelized popcorn, if you will), mixed with small increments of variety to offset boredom (the prize). Unfortunately, many companies focus too much on the basic ingredients and not enough on adding that extra something that differentiates them from their competition and builds brand loyalty. Starbucks leaders, however, have made a firm commitment to creating an experience of Surprise and Delight in many areas of their business. Starbucks management seeks ways to implement subjective well-being for customers and staff—which, in turn, has a profound effect on loyalty, community, and profit.”
― Joseph A. Michelli, The Starbucks Experience: 5 Principles for Turning Ordinary Into Extraordinary
0 likes
Like

See all Joseph A. Michelli's quotes »


Is this you? Let us know. If not, help out and invite Joseph to Goodreads.