,
Discover new books on Goodreads
See if your friends have read any of Judd Winick's books 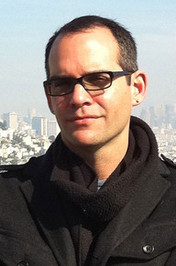 In August of 1988, Judd began attending the University of Michigan, Ann Arbor bringing Nuts & Bolts with him, but turning it into a four-panel strip and creating a cast of characters to tell his tales. Nuts & Bolts ran in The Michigan Daily 5 days a week from my freshman year (freshperson, or first-year student, as they liked to say at U of M), until graduation in the spring of 1992.

A collection of those college years Nuts & Bolts was published Born February 12th, 1970 and raised on Long Island in New York, Judd began cartooning professionally at 16 with a single-paneled strip called Nuts & Bolts. This ran weekly through Anton Publications, a newspaper publisher that produced town papers in the Tri state area. He was paid 10 dollars a week.

In August of 1988, Judd began attending the University of Michigan, Ann Arbor bringing Nuts & Bolts with him, but turning it into a four-panel strip and creating a cast of characters to tell his tales. Nuts & Bolts ran in The Michigan Daily 5 days a week from my freshman year (freshperson, or first-year student, as they liked to say at U of M), until graduation in the spring of 1992.

A collection of those college years Nuts & Bolts was published in Ann Arbor. Watching the Spin-Cycle: the Nuts & Bolts collection had a small run of a thousand books a couple of months before graduation. They sold out in about 2 weeks and there are no plans to republish it.

Before graduation he accepted a development deal with a major syndicate (syndicates are the major league baseball of comic strips. They act as an agent or broker and sell comic strips to newspapers). Judd spent the next year living in Boston, and developing his strip.

The bottom dropped out when the syndicate decided that they were not going to pursue Nuts and Bolts for syndication and were terminating his development contract.

Crushed and almost broke, he moved back in with his parents in July 1993. Getting by doing spot illustration jobs, Judd actually had Nuts & Bolts in development with Nickelodeon as an animated series. At one point he even turned the human characters into mice (Young Urban Mice and Rat Race were the working titles).

In August of 1993 he saw an ad on MTV for The Real World III, San Francisco. For those who may not know, The Real World is a real-life documentary soap opera, where 7 strangers from around the country are put up in a house and filmed for six months. You get free rent, free moving costs, you get to live in San Francisco, and get to be a famous pig on television.

The "Audition process," was everything from doing a video, to filling out a 15 page application, to in-person interviews with the producers, to being followed around and filmed for a day. 6 months and 6 "levels" later, Judd was in.

On February 12th 1993, he moved into a house on Russian Hill and they began filming. Along the way Nuts & Bolts was given a weekly spot in the San Francisco Examiner. This WHOLE deal was filmed and aired for the show.

They moved out in June of 1994, a couple of days after O.J.'s Bronco chase in L.A. The show began airing a week later.

Along with the weekly San Francisco Examiner gig, Judd began doing illustrations for The Complete Idiot's Guide series through QUE Books. Since then, Judd has illustrated over 300 Idiot's Guides and still does the cartoons for the computer oriented Idiot's Guides line.

A collection of the computer related titles' cartoons was published in 1997 as Terminal Madness, The Complete Idiot's Guide Computer Cartoon Collection.

Not too long after the show had been airing, Judd's roommate from the show and good friend, AIDS activist Pedro Zamora, took ill from AIDS complications. Pedro was to begin a lecture tour in September. Judd agreed to step in and speak on his behalf until he was well enough to do so again. In August of 1994, Pedro checked into a hospital and never recovered.

Judd continued to lecture about Pedro, Aids education and prevention and what it's like to live with some one who is living with AIDS for most of 1995. Speaking at over 70 schools across the country, Judd describes it as, "...the most fulfilling and difficult time in my life." But time and emotional constraints forced him to stop lecturing.

In May of 1995 Judd found the weekly Nuts & Bolts under-whelming and decided to give syndication another go. Re-vamping Nuts & Bolts ...more

3.72 avg rating — 4,551 ratings
More series by Judd Winick…
Quotes by Judd Winick  (?)
Quotes are added by the Goodreads community and are not verified by Goodreads. (Learn more)
“Jason Todd: Bruce, I forgive you for not saving me. But why? Why on God's Earth is HE still alive? Ignoring what he's done in the past. Blindly, stupidly, disregarding the entire graveyards he's filled, the thousands who have suffered, the friends he's crippled. You know, I thought... I thought I'd be the last person you'd ever let him hurt. If it had been you he beat to a bloody pulp, if he had taken you from this world, I would've done nothing but search the planet for this pathetic pile of evil death-worshiping garbage and sent him off to Hell.
Bruce: You don't understand. I don't think you've ever understood.
Jason: What? What, your moral code just won't allow for that? It's too hard to cross that line?
Bruce: No! God almighty, no. It'd be too damned easy. All I've ever wanted to do is kill him. But if I do that... if I allow myself to go down into that place... I'll never come back.
Jason: Why? I'm not talking about killing Penguin, or Scarecrow, or Dent. I'm talking about him. Just him. And doing it because... because he took me away from you.”
― Judd Winick Bob Kane
tags: batman-under-the-red-hood
18 likes
Like

“I'm not talking about killing Cobblepot and Scarecrow or Clayface. Not Riddler or Dent... I'm talking about him. Just him. And doing it because... because he took me away from you.”
― Judd Winick, Batman: Under the Red Hood
13 likes
Like

Is this you? Let us know. If not, help out and invite Judd to Goodreads.