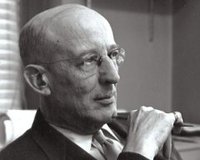 Born
in Petoskey, Michigan, The United States
October 09, 1899
Died
August 28, 1978
Genre
History
edit data
Catton was known as a narrative historian who specialized in popular histories that emphasized the colorful characters and vignettes of history, in addition to the simple dates, facts, and analysis. His works, although well-researched, were generally not presented in a rigorous academic style, supported by footnotes. In the long line of Civil War historians, Catton is arguably the most prolific and popular of all, with Shelby Foote his only conceivable rival. Oliver Jensen, who succeeded him as editor of American Heritage magazine, wrote: "There is a near-magic power of imagination in Catton's work that seemed to project him physically into the battlefields, along the dusty roads and to the campfires of another age."

Bruce Catton was born in Catton was known as a narrative historian who specialized in popular histories that emphasized the colorful characters and vignettes of history, in addition to the simple dates, facts, and analysis. His works, although well-researched, were generally not presented in a rigorous academic style, supported by footnotes. In the long line of Civil War historians, Catton is arguably the most prolific and popular of all, with Shelby Foote his only conceivable rival. Oliver Jensen, who succeeded him as editor of American Heritage magazine, wrote: "There is a near-magic power of imagination in Catton's work that seemed to project him physically into the battlefields, along the dusty roads and to the campfires of another age."

Bruce Catton was born in Petoskey, Michigan, but spent most of his boyhood in Benzonia. He was the son of a Congregationalist minister, who accepted a teaching position in Benzonia Academy and later became the academy's headmaster. As a boy, Bruce first heard the reminiscences of the aged veterans who had fought in the Civil War. Their stories made a lasting impression upon him, giving "a color and a tone," Catton wrote in his memoir, Waiting for the Morning Train (1972), "not merely to our village life, but to the concept of life with which we grew up ... I think I was always subconsciously driven by an attempt to restate that faith and to show where it was properly grounded, how it grew out of what a great many young men on both sides felt and believed and were brave enough to do."

Catton attended Oberlin College, starting in 1916, but he left without completing a degree due to the outbreak of World War I. After serving briefly in the U.S. Navy during the war, Catton became a reporter and wrote for various newspapers: the Cleveland News (as a freelance reporter), the Boston American (1920–24), and the Cleveland Plain Dealer (1925). From then until 1941, he worked for the Newspaper Enterprise Association (a Scripps-Howard syndicate), for which he wrote editorials, book reviews, and served as a correspondent from Washington, D.C.

At the start of World War II, Catton was too old for military service and, starting in 1941, he served as Director of Information for the War Production Board and later held similar posts in the Department of Commerce and the Department of the Interior. This experience as a federal employee prepared him to write his first book, War Lords of Washington, in 1948. Although the book was not a commercial success, it inspired Catton to leave the federal government in 1952 to become a full-time author.

In 1954 Catton was one of four founders of American Heritage magazine, and served initially as a writer, reviewer, and editor. In the first issue, he wrote:

We intend to deal with that great, unfinished and illogically inspiring story of the American people doing, being and becoming. Our American heritage is greater than any one of us. It can express itself in very homely truths; in the end it can lift up our eyes beyond the glow in the sunset skies.

In 1959 Catton was named senior editor of American Heritage, a post he held for the rest of his life.

Army of the Potomac (3 books)
by
Bruce Catton

The Centennial History of the Civil War (3 books)
by
Bruce Catton,
E.B. Long

“A certain combination of incompetence and indifference can cause almost as much suffering as the most acute malevolence.”
― Bruce Catton
19 likes
Like

“Bear in mind, now, that most of this work was done by men who had no intention whatever, when they enlisted, of making war to end slavery. Slavery was killed by the act of war itself. It was the one human institution on all the earth which could not possibly be defended by force of arms, because that force, once called into play, was bound to destroy it. The Union armies which ended slavery were led by men like Grant and Sherman, who had profound sympathies with the South and who had never in their lives shown the slightest sympathies with the abolitionists. But they were also men who believed in the one great, fearful fact about modern war--that when you get into it, the guiding rule is that you have to win it.”
― Bruce Catton
7 likes
Like

“In the 1860s the leaders of the cotton belt made one of the most prodigious miscalculations in recorded history. On the eve of the era of applied technologies, in which more and more work is done with fewer people and less effort, they made war to preserve the day of chattel slavery - the era of gang labor, with its reliance on the same use of human muscles that built the pyramids. The lost cause was lost before it started to fight. Inability to see what is going on in the world can be costly.”
― Bruce Catton, Waiting for the Morning Train
7 likes
Like

This poll will examine the choices for the Ulysses S. Grant reading selection which will be the next President covered in the Presidential Series. The order for the Presidents selected was determined by the group membership.

This selection will begin on October 4, 2010 and will continue for three months (October, November and December). This discussion will be led by Bryan. Bryan has an extraordinary background and will be a great moderator to lead this discussion. He has assumed the responsibilities for the Presidential Series reads and will be leading these book discussions.

We have added all of the books nominated on the Ulysses S. Grant thread and a few others. However, if you do not see your favorite book on this list; then just comment or pop me a note and I will immediately add it to this poll.

You can always change your vote at any time; so nothing is lost. Some of the Grant books deal with only a certain period of his life, some may be multi-volume (if so- I have added both separately), some deal with other topics too; some are all encompassing, others deal with specific events in Grant's life or presidency and others are by the man, himself.

Before making your selection, please try to look up your choice and make sure it really is a book you are interested in; do not be lured in by the title. Also, check out the author and what others have said about the book before you (reviewers who you trust). Then of course, make your selection.

THIS IS AN ALTERNATE HISTORY SELECTION
1 vote, 3.2%

THIS IS AN ALTERNATE HISTORY SELECTION
0 votes, 0.0%