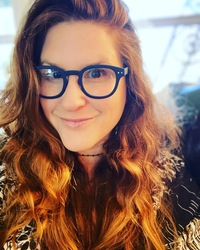 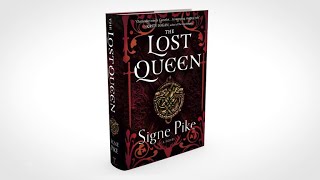 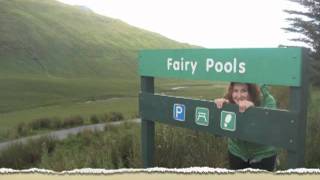 THE FORGOTTEN KINGDOM, the second book in the series, was named one of Bustle and PopSugar's most anticipated books of Fall 2020.

Pike's travel memoir entitled FAERY TALE received glowing reviews from Harper's Bazaar and Women's Adventure Magazine. Pike has been featured on WPR's “To the Best of Our Knowledge” in an episode on enchantment along with Salman Rushdie, Neil Gaiman, and A.S. Byatt.

THE LOST QUEEN is currently in development for a television series with the production company Made Up Sto THE LOST QUEEN was a Barnes & Noble Discover New Writers Pick, Kirkus Reviews "Best Book of 2018," Library Journal Fall/Winter 2018 Best Debut Novel, New York Public Library Best Book for Adults of 2018, and a Charleston City Paper Critic's Pick.

THE FORGOTTEN KINGDOM, the second book in the series, was named one of Bustle and PopSugar's most anticipated books of Fall 2020.

Pike's travel memoir entitled FAERY TALE received glowing reviews from Harper's Bazaar and Women's Adventure Magazine. Pike has been featured on WPR's “To the Best of Our Knowledge” in an episode on enchantment along with Salman Rushdie, Neil Gaiman, and A.S. Byatt.

THE LOST QUEEN is currently in development for a television series with the production company Made Up Stories. ...more

A tome that belongs on the shelf (or coffee table) of every serious or aspiring foodie. ...more "

“In prehistoric times, early man was bowled over by natural events: rain, thunder, lightning, the violent shaking and moving of the ground, mountains spewing deathly hot lava, the glow of the moon, the burning heat of the sun, the twinkling of the stars. Our human brain searched for an answer, and the conclusion was that it all must be caused by something greater than ourselves - this, of course, sprouted the earliest seeds of religion. This theory is certainly reflected in faery lore. In the beautiful sloping hills of Connemara in Ireland, for example, faeries were believed to have been just as beautiful, peaceful, and pleasant as the world around them. But in the Scottish Highlands, with their dark, brooding mountains and eerie highland lakes, villagers warned of deadly water-kelpies and spirit characters that packed a bit more punch.”
― Signe Pike, Faery Tale: One Woman's Search for Enchantment in a Modern World
tags: celtic-mythology, faeries, folklore, ireland, religion, scotland
54 likes
Like

“I'd heard people say that as a traveler, you have to be careful not to get attached. Now that I'd felt it, I'd say that's garbage. If you are lucky enough to find people worth getting attached to, attach yourself with nothing less than all of your heart. Because if you find a companion to walk a stretch of the road with you, a person whose warmth and kindness makes your journey feel much brighter, you have no other choice - you are among the very, very fortunate.”
― Signe Pike, Faery Tale: One Woman's Search for Enchantment in a Modern World
18 likes
Like

“Long ago, when faeries and men still wandered the earth as brothers, the MacLeod chief fell in love with a beautiful faery woman. They had no sooner married and borne a child when she was summoned to return to her people. Husband and wife said a tearful goodbye and parted ways at Fairy Bridge, which you can still visit today. Despite the grieving chief, a celebration was held to honor the birth of the newborn boy, the next great chief of the MacLeods. In all the excitement of the celebration, the baby boy was left in his cradle and the blanket slipped off. In the cold Highland night he began to cry. The baby’s cry tore at his mother, even in another dimension, and so she went to him, wrapping him in her shawl. When the nursemaid arrived, she found the young chief in the arms of his mother, and the faery woman gave her a song she insisted must be sung to the little boy each night. The song became known as “The Dunvegan Cradle Song,” and it has been sung to little chieflings ever since. The shawl, too, she left as a gift: if the clan were ever in dire need, all they would have to do was wave the flag she’d wrapped around her son, and the faery people would come to their aid. Use the gift wisely, she instructed. The magic of the flag will work three times and no more.
As I stood there in Dunvegan Castle, gazing at the Fairy Flag beneath its layers of protective glass, it was hard to imagine the history behind it. The fabric was dated somewhere between the fourth and seventh centuries. The fibers had been analyzed and were believed to be from Syria or Rhodes. Some thought it was part of the robe of an early Christian saint. Others thought it was a part of the war banner for Harald Hardrada, king of Norway, who gave it to the clan as a gift. But there were still others who believed it had come from the shoulders of a beautiful faery maiden. And that faery blood had flowed through the MacLeod family veins ever since. Those people were the MacLeods themselves.”
― Signe Pike, Faery Tale: One Woman's Search for Enchantment in a Modern World
tags: ancestry, clan-macleod, faery-blood, fairy-flag, folklore, love, scotland
13 likes
Like