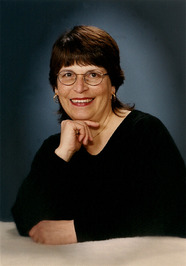 “... I will say this. Marriage is work. It's hard work. Harder than anything else you'll ever do. Believe me, I know. And do you want to know why?'
James nodded and Ben Latrobe leaned forward as if to impart a deep, mysterious secret. 'Because marriage isn't about the wedding or the wedding trip afterward. It isn't about cozy nights spent in each other's arms or the way she makes you feel when she smiles. Oh, those things all have a part in it, but a very minor one. No, James, marriage is about sticking it out when it isn't so nice. Marriage is being there to pick up the pieces when your perfect world falls apart. It's seeing the mess you've made of things and being willing to work through it until you have created something better than you had before. It's listening to her fears, her troubles, and concerns. It's eating meals that don't taste as good as those your mother fixed, enduring her temperamental outburts and tears, and not giving up when things get hard.'
Latrobe paused for a moment and a frown lined his face where the smile had been only moments before. 'True love is standing by your mate when his health fails, along with his business.' ... 'It's knowing that the world goes on and you can depend on each other even when everything else around you lies in ruins at your feet...”
― Judith Pella Tracie Peterson
tags: advice, marriage
9 likes
Like

“yourself in such a manner?”
― Judith Pella, Separate Roads
0 likes
Like

“believe God can use such experiences to change men.”
― Judith Pella, Passage Into Light
0 likes
Like

Is this you? Let us know. If not, help out and invite Judith to Goodreads.