,
Discover new books on Goodreads
See if your friends have read any of Chynna T. Laird's books 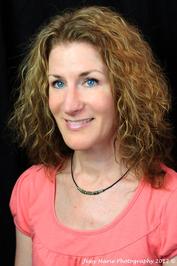 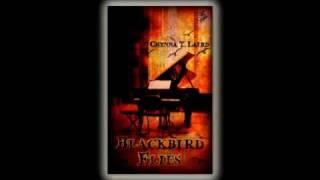 How do you deal with writer’s block?
Chynna T. Laird Trust me, ALL writers face writer's block from time to time.

There is a reason I always have at least two project on the go at the same time. That way …moreTrust me, ALL writers face writer's block from time to time.

There is a reason I always have at least two project on the go at the same time. That way if I get stuck in one story, I have another one I can focus on until I come up with another way to move forward on the other story. If you do this, though, be sure to move your mindset to the plot of the story in front of you. How embarrassing to move to another project only to start writing in the place you just left for a break. HAHA!(less)
flag
What’s the best thing about being a writer?
Chynna T. Laird For me, there are two things I enjoy the most about being a writer.

First, I can express myself through words and, hopefully, touch another person in s…moreFor me, there are two things I enjoy the most about being a writer.

First, I can express myself through words and, hopefully, touch another person in some way. There are few things more special than actually seeing or hearing about how your work has helped another.

Next, I work from home so I can still be a mom too. That was very important to me, especially when my children were young.(less)
flag
See all 6 answers from Chynna T. Laird…

I know. It has been a very long time since I touched bas... 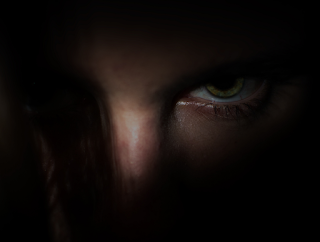 I know. It has been a very long time since I touched base, and I'm so sorry. Life can sometimes create speed bumps for us to get over just when we believe everything is fine. These are the natural stressors in life that get thrown in our path just when we think things are smooth as silk. But, as I've learned, life isn't always fair. And it isn't supposed to be.

I learned from a very young age

More of Chynna's books…
Quotes by Chynna T. Laird  (?)
Quotes are added by the Goodreads community and are not verified by Goodreads. (Learn more)
“Perhaps people felt there was nothing more they could do, you know? After all, how can someone be helped who doesn’t see the need? A Christian counselor I saw for a while described such situations as, “a White Elephant everyone can see but no one wants to deal with; everyone hopes the problem will just go away on its own.”

Back then it seemed women were almost expected to go a little loopy sometimes. After all we’re the ones with raging hormones that get out of whack – by our periods, PMS or pregnancy and childbirth – and cause craziness and bizarre behavior. And because of those uncontrollable hormones, women are also more emotional and predisposed to depression. These are things my mom was actually told by her parents, her family, her husbands and friends... even her doctor. Eventually, she made herself believe that her erratic behavior stemmed from PMS, not mania or alcohol.”
― Chynna T. Laird, White Elephants
tags: adult-children-of-alcoholics, alcoholism, bi-polar, pms, white-elephants
16 likes
Like

Memoirs and Biographies We Love — 1353 members — last activity Jan 09, 2023 04:56AM
A place to share memoirs, biographies, autobiographies (and maybe even fiction-based-in-reality) that you have enjoyed!