,
Discover new books on Goodreads
See if your friends have read any of Edith Grossman's books 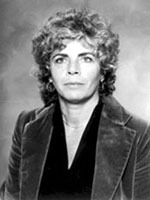 Born
in Philadelphia, The United States
March 22, 1936
Genre
Language, Fiction
edit data
Edith Grossman is the acclaimed translator of Gabriel García Márquez, Mario Vargas Llosa, Carlos Fuentes, Mayra Montero, and many other distinguished Spanish-language writers. Her translation of Don Quixote is widely considered a masterpiece. The recipient of numerous prizes for her work, she was awarded the Ralph Manheim Medal for Translation by PEN in 2006, and an award in literature from the American Academy of Arts and Letters in 2008. Currently a Guggenheim Fellow, she lives in New York City.

· 538,037 ratings · 28,629 reviews · 63 distinct works • Similar authors
More books by Edith Grossman…
Quotes by Edith Grossman  (?)
Quotes are added by the Goodreads community and are not verified by Goodreads. (Learn more)
“In short, our gentleman became so caught up in reading that he spent his nights reading from dusk till dawn and his days reading from sunrise to sunset, and so with too little sleep and too much reading his brains dried up, causing him to lose his mind.”
― Edith Grossman, Don Quixote
22 likes
Like

“Intrinsic to the concept of a translator's fidelity to the effect and impact of the original is making the second version of the work as close to the first writer's intention as possible. A good translator's devotion to that goal is unwavering. But what never should be forgotten or overlooked is the obvious fact that what we read in a translation is the translator's writing. The inspiration is the original work, certainly, and thoughtful literary translators approach that work with great deference and respect, but the execution of the book in another language is the task of the translator, and that work should be judged and evaluated on its own terms. Still, most reviewers do not acknowledge the fact of translation except in the most perfunctory way, and a significant majority seem incapable of shedding light on the value of the translation or on how it reflects or illuminates the original.”
― Edith Grossman, Why Translation Matters
tags: translation
6 likes
Like

Is this you? Let us know. If not, help out and invite Edith to Goodreads.