Born
in Montreal, Canada
October 23, 1963
Website
http://gordonkorman.com/
Twitter
gordonkorman
Genre
Literature & Fiction, Mystery & Thrillers
edit data
Korman wrote his first book, "This Can't be Happening at Macdonald Hall", when he was 12 years old, for a coach who suddenly found himself teaching 7th grade English. He later took that episode and created a book out of it, as well, in "The Sixth Grade Nickname Game", wherein Mr. Huge was based on that 7th grade teacher.

Korman moved to New York City, where he studied film and film writing. While in New York, he met his future wife; they now live in Long Island with their three children.

He has published more than 50 books.

Gordon Korman isn't a Goodreads Author (yet), but he does have a blog, so here are some recent posts imported from his feed. 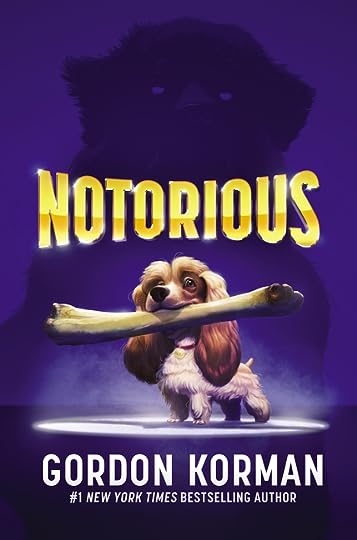 Just listened to the brand-new audiobook of NOTORIOUS, and it’s awesome – with multiple narrators you’ll recognize from other audio productions of my novels, including the award-winning cast of RESTART!

LISTEN TO A CLIP FROM THE NOTORIOUS AUDIOBOOK

“Ask yourself: 'Do I feel the need to laminate?' Then teaching is for you.”
― Gordon Korman
tags: education, laminating, teachers, teaching
132 likes
Like

“I hate France. It's like the whole country's on a diet”
― Gordon Korman, One False Note
tags: diet, food, france
111 likes
Like

“He watched in awe as she stacked up an enormous armload of music. "There," she finished, slapping Frank Zappa's Greatest Hits on top of the pile. "That should do for a start."
"You are a music lover," said the wide-eyed cashier.
"No, I'm a kleptomaniac." And she dashed out the door.
He was so utterly shocked that it took him a moment to run after her.
With a meaningful nod in the direction of the astounded Cahills, she barreled down the cobblestone street with her load.
"Fermati!" shouted the cashier, scrambling in breathless pursuit.
Nellie let a few CDs drop and watched with satisfaction over her shoulder as the clerk stopped to pick them up. The trick would be to keep the chase going just long enough for Amy and Dan to search Disco Volante.
Yikes, she reflected suddenly, I'm starting to think like a Cahill....
And if she was nuts enough to hang around this family, it was only going to get worse.”
― Gordon Korman, One False Note
tags: funny, humor
71 likes
Like

What randomly selected book would you like to read in June?

Is this you? Let us know. If not, help out and invite Gordon to Goodreads.