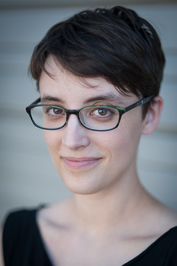 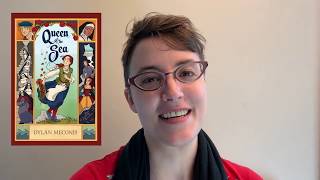 Website
https://www.dylanmeconis.com/about/
Genre
Children's
edit data
Dylan Meconis is a cartoonist and writer. She was raised in Seattle, Washington, but now lives in Portland, Oregon.
She is a member of Helioscope, the largest studio of freelance comics creators in North America.
She is married to her wife Katie, and they have a dog named President Teddy Roosevelt.

Dylan Meconis isn't a Goodreads Author (yet), but they do have a blog, so here are some recent posts imported from their feed.

Queen of the Sea Events in Portland!

My new book for young readers, Queen of the Sea, hits bookshelves on the 25th of June! I’ll be all over my home town of Portland, Oregon, reading excerpts, explaining how I turned Queen Elizabeth I into a font, signing and doodling in copies, and answering reader questions. I’ve got events at a comics shop, a children’s bookstore, and an all-purpose book palace subdivision, and each event is tailo Read more of this blog post »
View more on Dylan Meconis's website »
Like  •  0 comments  •  flag

3.74 avg rating — 137 ratings
Quotes by Dylan Meconis  (?)
Quotes are added by the Goodreads community and are not verified by Goodreads. (Learn more)
“Saints are mostly people who once walked around and ate breakfast and put their shoes on one at a time, just like you or me. They did something amazing enough that instead of just going to heaven after they die, they became messengers to heaven!

Not everybody gets to be a saint through miracles and good deeds, like Saint Elysia. Some saints died while bravely defending their faith.

Those saints are called martyrs.

Martyrs have died in all kinds of awful ways. If something terrible happens to you, it's probably not as bad as being eaten by lions, like Saint Leonisius was.

And if you are being eaten by lions, you know that Saint Leonisius understands.

After someone becomes a saint, she sits in heaven and listens to the prayers of living people, and tries to help them. You can choose to pray to a saint who had a problem like yours when they were alive. Or you can pray to a saint who performed the kinds of miracles you're hoping will happen to you - like curing a sickness or surviving a storm at sea.”
― Dylan Meconis, Queen of the Sea
1 likes
Like

Is this you? Let us know. If not, help out and invite Dylan to Goodreads.