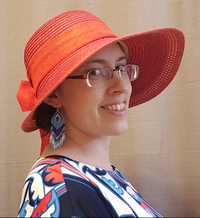 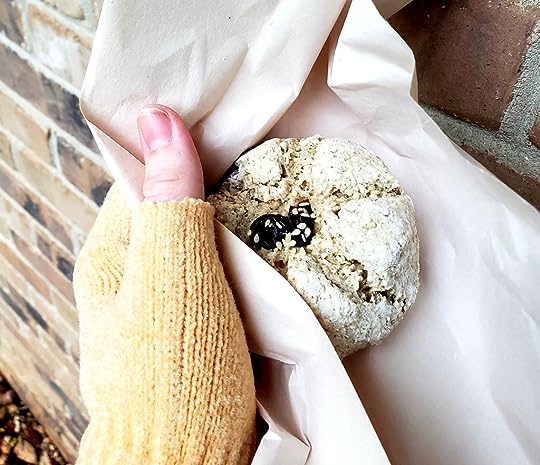 Pretty unwrapped the scrap of paper to reveal the steaming sun cake, with a sunburst cut into its top and raisins embedded in the center. Her mouth started watering at the scents of butter and honey and spices. Her family could never afford to bake with spices, so Pretty only tasted ginger and pepper once a year, at Dawn Festival. She blew on the hot roll, then broke it along the sunburst lines, p

Which would you choose?'

There is not a scrap of difference. Arcades ambo. They are the same species of curculio, and there is nothing to choose between them.'

But suppose you had to choose?'

Then I should choose the right-hand weevil; it has a perceptible advantage in both length and breadth.'

There I have you,' cried Jack. 'You are bit - you are completely dished. Don't you know that in the Navy you must always choose the lesser of two weevils? Oh ha, ha, ha, ha!”
― Patrick O'Brian
70 likes

“The weather had freshened almost to coldness, for the wind was coming more easterly, from the chilly currents between Tristan and the Cape; the sloth was amazed by the change; it shunned the deck and spent its time below. Jack was in his cabin, pricking the chart with less satisfaction than he could have wished: progress, slow, serious trouble with the mainmast-- unaccountable headwinds by night-- and sipping a glass of grog; Stephen was in the mizentop, teaching Bonden to write and scanning the sea for his first albatross. The sloth sneezed, and looking up, Jack caught its gaze fixed upon him; its inverted face had an expression of anxiety and concern. 'Try a piece of this, old cock,' he said, dipping his cake in the grog and proffering the sop. 'It might put a little heart into you.' The sloth sighed, closed its eyes, but gently absorbed the piece, and sighed again.

Some minutes later he felt a touch upon his knee: the sloth had silently climbed down and it was standing there, its beady eyes looking up into his face, bright with expectation. More cake, more grog: growing confidence and esteem. After this, as soon as the drum had beat the retreat, the sloth would meet him, hurrying toward the door on its uneven legs: it was given its own bowl, and it would grip it with its claws, lowering its round face into it and pursing its lips to drink (its tongue was too short to lap). Sometimes it went to sleep in this position, bowed over the emptiness.

'In this bucket,' said Stephen, walking into the cabin, 'in this small half-bucket, now, I have the population of Dublin, London, and Paris combined: these animalculae-- what is the matter with the sloth?' It was curled on Jack's knee, breathing heavily: its bowl and Jack's glass stood empty on the table. Stephen picked it up, peered into its affable bleary face, shook it, and hung it upon its rope. It seized hold with one fore and one hind foot, letting the others dangle limp, and went to sleep.