,
Discover new books on Goodreads
See if your friends have read any of Ronald Hutton's books 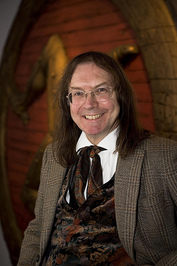 Born
in India
January 01, 1953
Website
http://research-information.bristol.ac.uk/en/pe...
Genre
History, Religion
edit data
Ronald Hutton (born 1953) is an English historian who specializes in the study of Early Modern Britain, British folklore, pre-Christian religion and contemporary Paganism. A professor of history at the University of Bristol, Hutton has published fourteen books and has appeared on British television and radio.

· 5,753 ratings · 621 reviews · 47 distinct works • Similar authors
More books by Ronald Hutton…
Quotes by Ronald Hutton  (?)
Quotes are added by the Goodreads community and are not verified by Goodreads. (Learn more)
“This was, however, no straightforward stone circle of the Cumbrian sort, but a collection of trilithons, chambers, altars and monoliths intended to represent the elements and the signs of the zodiac; as if Stonehenge had mated with a Neolithic passage grave and produced offspring.”
― Ronald Hutton, Blood and Mistletoe: The History of the Druids in Britain
tags: stonehenge
2 likes
Like

“human beings traditionally have great trouble in coping with the concept of random chance. People tend on the whole to want to assign occurrences of remarkable good or bad luck to agency, either human or superhuman. It is important to emphasize, however, that malevolent humans have been only one kind of agent to whom such causation has been attributed: the others include deities, non-human spirits that inhabit the terrestrial world, or the spirits of dead human ancestors.”
― Ronald Hutton, The Witch: A History of Fear, from Ancient Times to the Present
2 likes
Like

“All have validity in the present, and to call anyone wrong for using any one of them would be to reveal oneself as bereft of general knowledge and courtesy, as well as scholarship.”
― Ronald Hutton, The Witch: A History of Fear, from Ancient Times to the Present
1 likes
Like

Is this you? Let us know. If not, help out and invite Ronald to Goodreads.