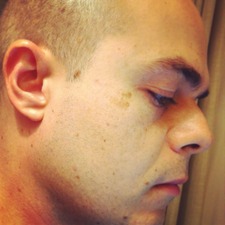 This will prevent Evandro from sending you messages, friend request or from viewing your profile. They will not be notified. Comments on discussion boards from them will be hidden by default.
Sign in to Goodreads to learn more about Evandro.

See all 21 books that Evandro is reading…

“There is a contradiction between market liberalism and political liberalism. The market liberals (e.g., social conservatives) of today want family values, less government, and maintain the traditions of society (at least in America's case). However, we must face the cultural contradiction of capitalism: the progress of capitalism, which necessitates a consumer culture, undermines the values which render capitalism possible”
― Slavoj Zizek
tags: economics, socialism
19 likes

“Art enables us to find ourselves and lose ourselves at the same time.”
― Thomas Merton , No Man Is an Island
tags: art
3303 likes

“The three most ancient opinions concerning God are Anarchia, Polyarchia, and Monarchia. The first two are the sport of the children of Hellas, and may they continue to be so. For Anarchy is a thing without order; and the Rule of Many is factious, and thus anarchical, and thus disorderly. For both these tend to the same thing, namely disorder; and this to dissolution, for disorder is the first step to dissolution. But Monarchy is what we hold in honor.”
― Gregory Nazianzus
tags: monarchy, trinity
13 likes

“Now a government is secure insofar as it has God for its foundation and His Will for its guide; but this, surely, is not a description of Liberal government. It is, in the Liberal view, the people who rule, and not God; God Himself is a "constitutional monarch" Whose authority has been totally delegated to the people, and Whose function is entirely ceremonial. The Liberal believes in God with the same rhetorical fervor with which he believes in Heaven. The government erected upon such a faith is very little different, in principle, from a government erected upon total disbelief, and whatever its present residue of stability, it is clearly pointed in the direction of Anarchy.”
― Seraphim Rose
tags: holy-russia, monarchy, seraphim-rose
11 likes

Eric Voegelin
author of: The New Science of Politics: An Introduction

Seraphim Rose
author of: Orthodoxy and the Religion of the Future

Polls voted on by Evandro