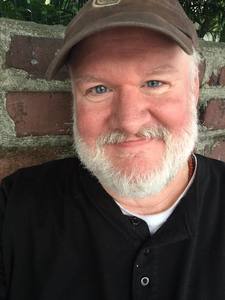 This will prevent Jeff from sending you messages, friend request or from viewing your profile. They will not be notified. Comments on discussion boards from them will be hidden by default.
Sign in to Goodreads to learn more about Jeff.

See all 63 books that Jeff is reading…

How to Preach a Dangerous Sermon by Frank A Thomas
25 highlights
Paul knew as we also must know that to preach the gospel is, as a preacher friend frequently says, “to have a quarrel with the world.

“I’m convinced that this crowd was made up of people who were, as my sister would say, “dog-tired of second-class citizenship,” of being made to feel less than a human being worthy of respect. When one is feeling this way, anyone who spoke with passion, whose words and spirit challenged the status quo, would be applauded. A clearer, more focused response would come from being in action and experiencing—feeling—a certain energy and response from one with whom one is interacting. In other words, one has to be open to the truth that at some level we are all the same and want the same things, like a peaceful community in which to live and grow and thrive.”
― Dorothy Cotton, If Your Back's Not Bent: The Role of the Citizenship Education Program in the Civil Rights Movement
1 likes

Gerald M. Weinberg
author of: The Secrets of Consulting: A Guide to Giving and Getting Advice Successfully
More…

Polls voted on by Jeff