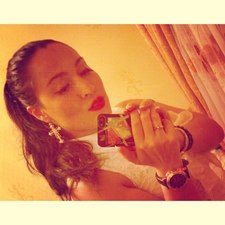 This will prevent Caroline from sending you messages, friend request or from viewing your profile. They will not be notified. Comments on discussion boards from them will be hidden by default.
Sign in to Goodreads to learn more about Caroline.

“Saying 'I notice you're a nerd' is like saying, 'Hey, I notice that you'd rather be intelligent than be stupid, that you'd rather be thoughtful than be vapid, that you believe that there are things that matter more than the arrest record of Lindsay Lohan. Why is that?' In fact, it seems to me that most contemporary insults are pretty lame. Even 'lame' is kind of lame. Saying 'You're lame' is like saying 'You walk with a limp.' Yeah, whatever, so does 50 Cent, and he's done all right for himself.”
― John Green
tags: humor, nerdfighters
21837 likes

“What I say is, a town isn’t a town without a bookstore. It may call itself a town, but unless it’s got a bookstore, it knows it’s not foolin’ a soul.”
― Neil Gaiman, American Gods
tags: books, bookstore, towns
5430 likes

“The town was paper, but the memories were not.”
― John Green, Paper Towns
tags: memories
5725 likes

“I was born into Bolívar's labyrinth, and so I must believe in the hope of Rabelais' Great Perhaps.”
― John Green
tags: inspirational
284 likes

Polls voted on by Caroline