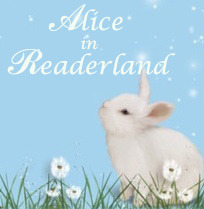 This will prevent Alice in Readerland from sending you messages, friend request or from viewing your profile. They will not be notified. Comments on discussion boards from them will be hidden by default.
Sign in to Goodreads to learn more about Alice in Readerland.

“Owl,' said Rabbit shortly, 'you and I have brains. The others have fluff. If there is easy thinking to be done in this Forest - and when I say thinking I mean thinking - you and I must do it.”
― A.A. Milne, The House at Pooh Corner
10 likes

“Piglet was so excited at the idea of being Useful that he forgot to be frightened any more, and when Rabbit went on to say that Kangas were only Fierce during the winter months, being at other times of an Affectionate Disposition, he could hardly sit still, he was so eager to begin being useful at once.”
― A.A. Milne, Winnie-the-Pooh
tags: usefulness
49 likes

“It seems like I've only shut my eyes for a few minutes, but when I open them, I flinch at the sight of Haymitch sitting a couple of feet from my bed. Waiting. Possibly for several hours if the clck is right. I think about hollering for a witness, but I'm going to have to face him sooner or later.

Haymitch leans forward and dangles something on a thin white wire in front of my nose. It's hard to focus on, but I'm pretty sur what it is. He drops it in to the sheets. "That is your earpiece. I will give you exactly one more chance to wear it. If you remove it from your ear again, I'll have you fitted with this." He holds up some sort of metal headgear that I instantly name the head shackle. "It's alternative audio unit that locks around your skull and under your chin until it's opened with a key. And I'll have the only key. If for some reason you're clever enough to disable it" ---- Haymitch dumps the head shackle on the bed and whips out a tiny silver chip--- "I'll authorize them to surgically implant this transmitter into your ear so that I may speak to you twenty-four hours a day."
Haymitch in my head full-time. Horrifying. "I'll keep the earpiece in," I mutter
"Excuse me?" He says
"I'll keep the earpiece in!" I say loud enough to wake half the hospital.
"You sure? Because I'm equally happy with any of the three options," he tells me
"I'm sure," I say. I scrunch up the earpiece protectivley in my fist and fling the head shakle back in his face with my free hand, but he catches it easily. Probably was expecting me to throw it. "Anything else?"
Haymitch rises to go. "While I was waiting. . . I ate your lunch."
My eyes take in the empty stew bowl and tray on my bed table. "I'm going to report you," I mumble into my pillow.
"You do that sweetheart." He goes out, safe in the knowledge that I'm not the reporting kind.”
― Suzanne Collins, Mockingjay

“Because that's what you and I do, protect each other.”
― Suzanne Collins, Mockingjay
8 likes


More of Alice in Readerland’s quotes…

Alice in Readerland’s Year In Books

People Alice in Rea... is Following

43 people are following Alice in Readerland

Sarah Mlynowski
author of: Ten Things We Did
More…

Polls voted on by Alice in Readerland

Lists liked by Alice in Readerland