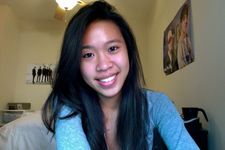 This will prevent Danielle from sending you messages, friend request or from viewing your profile. They will not be notified. Comments on discussion boards from them will be hidden by default.
Sign in to Goodreads to learn more about Danielle.

Danielle is currently reading
The Home Edit: A Guide to Organizing and Realizing Your House Goals
by Clea Shearer
bookshelves: currently-reading

Danielle is currently reading
Sisi: Empress on Her Own
by Allison Pataki (Goodreads Author)
bookshelves: currently-reading

See all 10 books that Danielle is reading…

“Whatever the cost of our libraries, the price is cheap compared to that of an ignorant nation.”
― Walter Cronkite
tags: education, ignorance, intelligence, libraries
3889 likes

“A few of the guests, who had the misfortune of being too near the windows, were seized and feasted on at once. When Elizabeth stood, she saw Mrs. Long struggle to free herself as two female dreadfuls bit into her head, cracking her skull like a walnut, and sending a shower of dark blood spouting as high as the chandeliers.

As guests fled in every direction, Mr. Bennet's voice cut through the commotion. "Girls! Pentagram of Death!"

Elizabeth immediately joined her four sisters, Jane, Mary, Catherine, and Lydia in the center of the dance floor. Each girl produced a dagger from her ankle and stood at the tip of an imaginary five-pointed star. From the center of the room, they began stepping outward in unison - each thrusting a razor-sharp dagger with one hand, the other hand modestly tucked into the small of her back.”
― Seth Grahame-Smith, Pride and Prejudice and Zombies

Polls voted on by Danielle