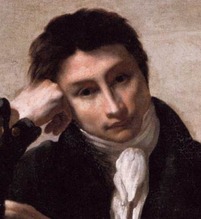 This will prevent Philippe from sending you messages, friend request or from viewing your profile. They will not be notified. Comments on discussion boards from them will be hidden by default.
Sign in to Goodreads to learn more about Philippe.

Philippe is currently reading
From Counterculture to Cyberculture: Stewart Brand, the Whole Earth Network, and the Rise of Digital Utopianism
by Fred Turner
bookshelves: currently-reading

“The bicycle saves my life every day. If you've ever experienced a moment of awe or freedom on a bicycle; if you've ever taken flight from sadness to the rhythm of two spinning wheels, or felt the resurgence of hope pedalling to the top of a hill with the dew of effort on your forehead; if you've ever wondered, swooping down bird-like down a long hill, if the world was standing still; if you have ever, just once, sat on a bicycle with a singing heart and felt like an ordinary human touching the gods, then we share something fundamental. We know it's all about the bike.”
― Robert Penn
tags: confidence, cycling, happiness, pain, physical-activity
5 likes

“In the eclectic Gennadius one finds all these motivations: 'A worm is very humble and base, and you are glorious and proud; but if you are sensible, you yourself should humiliate your pride by meditating: my strength and my force become a shelter for worms.”
― G.P. Fedotov, Russian religious mind
1 likes

“The bike does this; it is an apotheosis of self-sufficiency, in which a well-loved machine will unhesitatingly and quietly mediate intentional being into momentum. As you ride a bike and start to ride it well, there are moments when it becomes an affirmation of life devoid of separation and distinction; you ride through the earth unthinkingly rather than across it. There is no need to account for who you are in others’ terms, in language, even. Your characteristics give way to your being. The effort put into the bike can take you out of your socialized, represented self into what Heidegger called ‘disclosing self’, where you simply are ever-shifting endeavour.”
― Robin Holt
tags: being, cycling, effort, mindfulness
2 likes

“What remains, in fact? What else is there still right in front of us but the grass which grows and the mountains which erode, bodies which become heavy and faces which become emaciated, life which fecundates, or becomes exhausted, or rather which, while fecundating, is already starting to become exhausted? And vague expectations that crystallize into feverish passion, or else meetings that become less frequent. Or amorous complicities which, without being confessed, turn into relations of power? Or heroic revolutions which (without our being able to locate when) mutate into the privileges of the Party? Or else the wounds of yesterday which are displaced, buried and condensed, and then transcribe themselves into encrypted representation of dreams - and works which ripen in silence?”
― François Jullien, The Silent Transformations
tags: change, chinese-philosophy, chinese-wisdom, ontology, transitions-in-life
0 likes

Polls voted on by Philippe