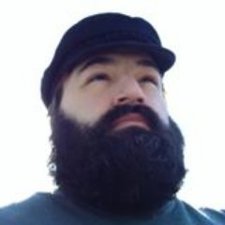 This will prevent Eric from sending you messages, friend request or from viewing your profile. They will not be notified. Comments on discussion boards from them will be hidden by default.
Sign in to Goodreads to learn more about Eric.

Eric is currently reading
Myth America: Historians Take On the Biggest Legends and Lies About Our Past
by Kevin M. Kruse
bookshelves: currently-reading

Eric is currently reading
The Elements of Eloquence: Secrets of the Perfect Turn of Phrase
by Mark Forsyth (Goodreads Author)
bookshelves: currently-reading

“There is but one thing a scholar can be relied upon to do, and that is to disagree with other scholars.”
― Mel Starr, Rest Not in Peace
1 likes

“What is life? It is a series of arrangements that each of us makes in order to slow down the deterioration process as much as possible. Everybody faces the same decisions as they advance in age—behavior that was fun when you were younger (excessive drug and alcohol intake, indiscriminate sexual encounters with the powerfully magnetic and questionably sane, residing in shitholes with hygiene-averse scumbags) can’t continue when you get older or else the death march gets accelerated. Mature people learn over time how to structure their lives in such a way that the likelihood of dying is minimized. Eventually the menu of fun items that won’t instantly kill you is reduced to a small selection of spicy entrees, then a zesty appetizer or two, then a glass of water and a spoon (because forks and knives could cut your terrifyingly translucent skin, you decrepit old coot). I”
― Steven Hyden, Your Favorite Band Is Killing Me: What Pop Music Rivalries Reveal About the Meaning of Life
1 likes

“These days MTV is known for…I actually don’t know what MTV is known for now. I haven’t watched MTV regularly in at least fifteen years. I assume MTV’s programming consists of reality shows in which twenty-one-year-olds flash their junk in exchange for Skrillex tickets, but don’t quote me on that.”
― Steven Hyden, Your Favorite Band Is Killing Me: What Pop Music Rivalries Reveal About the Meaning of Life
3 likes

“Anger and hate can make you brave, make you strong, but they also make you stupid.”
― Michael J. Sullivan, Theft of Swords
11 likes

“The defense mechanisms of The Imposter are: sarcasm, name-dropping, self-righteousness, the need to impress others and the need for others' approval.”
― Manning Brennan
14 likes

Polls voted on by Eric