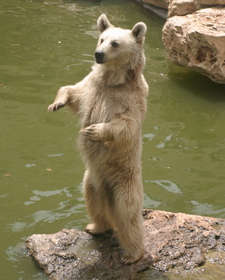 This will prevent Lorelei from sending you messages, friend request or from viewing your profile. They will not be notified. Comments on discussion boards from them will be hidden by default.
Sign in to Goodreads to learn more about Lorelei.

Lorelei is currently reading
The Great Book of Amber (The Chronicles of Amber, #1-10)
by Roger Zelazny
bookshelves: sf, currently-reading

See all 6 books that Lorelei is reading…

“And those who were seen dancing were thought to be insane by those who could not hear the music.”
― Friedrich Nietzsche
tags: dance, music
10089 likes

“If I can't dance to it, it's not my revolution.”
― Emma Goldman
tags: anarchy, music, revolution
1271 likes

“The mind is its own place, and in itself can make a heaven of hell, a hell of heaven..”
― John Milton, Paradise Lost
tags: inspirational, religion
8084 likes

“War is an ugly thing, but not the ugliest of things: the decayed and degraded state of moral and patriotic feeling which thinks that nothing is worth a war, is much worse. When a people are used as mere human instruments for firing cannon or thrusting bayonets, in the service and for the selfish purposes of a master, such war degrades a people. A war to protect other human beings against tyrannical injustice; a war to give victory to their own ideas of right and good, and which is their own war, carried on for an honest purpose by their free choice, — is often the means of their regeneration. A man who has nothing which he is willing to fight for, nothing which he cares more about than he does about his personal safety, is a miserable creature who has no chance of being free, unless made and kept so by the exertions of better men than himself. As long as justice and injustice have not terminated their ever-renewing fight for ascendancy in the affairs of mankind, human beings must be willing, when need is, to do battle for the one against the other.”
― John Stuart Mill, Principles of Political Economy
tags: ethics, fight, foreign-policy, injustice, inspirational, justice, morality, motivational, patriotic, safety, selfish, tyranny, war, will
313 likes

“I'm selfish, impatient and a little insecure. I make mistakes, I am out of control and at times hard to handle. But if you can't handle me at my worst, then you sure as hell don't deserve me at my best.”
― Marilyn Monroe
tags: attributed-no-source, best, life, love, misattributed-marilyn-monroe, mistakes, out-of-control, truth, worst
160342 likes

Israel SciFi and Fantasy Book Club — 275 members — last activity Dec 18, 2022 12:19PM
If you live in Israel and enjoy reading and talking about scifi and fantasy books, then this is the place for you.

Polls voted on by Lorelei