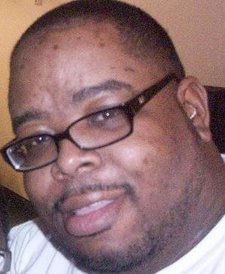 This will prevent RiPPa from sending you messages, friend request or from viewing your profile. They will not be notified. Comments on discussion boards from them will be hidden by default.
Sign in to Goodreads to learn more about RiPPa.

“You are not always right. It’s not always about being right. The best thing you can offer others is understanding. Being an active listener is about more than just listening, it is about reciprocating and being receptive to somebody else. Everybody has woes. Nobody is safe from pain. However, we all suffer in different ways. So learn to adapt to each person, know your audience and reserve yourself for people who have earned the depths of you”
― Mohadesa Najumi
tags: acceptance, ascension, bell-hooks, brain, connectedness, consciousness, crazy, embodiment, enlightenment, fetters, genius, happiness, heartbreak, life, loss, love, matrix, mental-power, mohadesa, mohadesa-najumi, najumi, neuroscience, normal, norms, osho, pain, philosophy, psycology, relationship, self-awareness, self-help, self-love, self-mastery, society, sociology, spirituality, third-eye, understanding
27 likes

“Conspiracy theories have long been used to maintain power: the Soviet leadership saw capitalist and counter-revolutionary conspiracies everywhere; the Nazis, Jewish ones. But those conspiracies were ultimately there to buttress an ideology, whether class warfare for Communists or race for Nazis. With today’s regimes, which struggle to formulate a single ideology – indeed, which can’t if they want to maintain power by sending different messages to different people – the idea that one lives in a world full of conspiracies becomes the world view itself. Conspiracy does not support the ideology; it replaces it. In Russia this is captured in the catchphrase of the country’s most important current affairs presenter: ‘A coincidence? I don’t think so!’ says Dmitry Kiselev as he twirls between tall tales that dip into history, literature, oil prices and colour revolutions, which all return to the theme of how the world has it in for Russia.
And as a world view it grants those who subscribe to it certain pleasures: if all the world is a conspiracy, then your own failures are no longer all your fault. The fact that you achieved less than you hoped for, that your life is a mess – it’s all the fault of the conspiracy.
More importantly, conspiracy is a way to maintain control. In a world where even the most authoritarian regimes struggle to impose censorship, one has to surround audiences with so much cynicism about anybody’s motives, persuade them that behind every seemingly benign motivation is a nefarious, if impossible-to-prove, plot, that they lose faith in the possibility of an alternative, a tactic a renowned Russian media analyst called Vasily Gatov calls ‘white jamming’.
And the end effect of this endless pile-up of conspiracies is that you, the little guy, can never change anything. For if you are living in a world where shadowy forces control everything, then what possible chance do you have of turning it around? In this murk it becomes best to rely on a strong hand to guide you.
‘Trump is our last chance to save America,’ is the message of his media hounds. Only Putin can ‘raise Russia from its knees’. ‘The problem we are facing today is less oppression, more lack of identity, apathy, division, no trust,’ sighs Srdja. ‘There are more tools to change things than before, but there’s less will to do so.”
― Peter Pomerantsev, This Is Not Propaganda: Adventures in the War Against Reality

“It's not the Illuminati or Free Masons or Lizard Aliens who control everything. It's the Republican Conspiracy that controls and manipulates you with their lies.”
― Oliver Markus Malloy, American Fascism: A German Writer's Urgent Warning To America
tags: conspiracy-theories, freemasonry, illuminati, reptilian, republicans, republicans-are-seditious, trumpism, twitter-quotes, twitter-size-quotes
1 likes

“Life is a useless passion, an exciting journey of a mammal in survival mode. Each day is a miracle, a blessing unexplored and the more you immerse yourself in light, the less you will feel the darkness. There is more to life than nothingness. And cynicism. And nihilism. And selfishness. And glorious isolation. Be selfish with yourself, but live your life through your immortal acts, acts that engrain your legacy onto humanity. Transcend your fears and follow yourself into the void instead of letting yourself get eaten up by entropy and decay. Freedom is being yourself without permission. Be soft and leave a lasting impression on everybody you meet”
― Mohadesa Najumi
tags: acceptance-of-others, ascension, bell-hooks, brain, connectedness, consciousness, crazy, embodiment, enlightenment, fetters, genius, happiness, heartbreak, life, loss, love, matrix, mental-power, mohadesa, mohadesa-najumi, najumi, neuroscience, normal, norms, osho, pain, philosophy, psycology, relationship, self-awareness, self-help, self-love, self-mastery, society, sociology, spirituality, third-eye, understanding
53 likes

Polls voted on by RiPPa