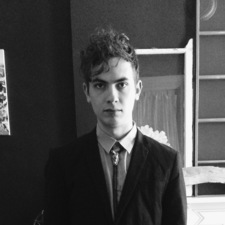 This will prevent Ian from sending you messages, friend request or from viewing your profile. They will not be notified. Comments on discussion boards from them will be hidden by default.
Sign in to Goodreads to learn more about Ian.

“Do we miss not only the past but every future the lost past describes? Is that just the nature of missing? All the lost might-have-beens? The certainty that those uncertain futures are gone? If we can't embrace uncertainty do we miss the point of love?”
― Mark Z. Danielewski, Honeysuckle & Pain
tags: anwar, inspirational, love, reflective
9 likes

“To me, at least in retrospect, the really interesting question is why dullness proves to be such a powerful impediment to attention. Why we recoil from the dull. Maybe it's because dullness is intrinsically painful; maybe that's where phrases like 'deadly dull' or 'excruciatingly dull' come from. But there might be more to it. Maybe dullness is associated with psychic pain because something that's dull or opaque fails to provide enough stimulation to distract people from some other, deeper type of pain that is always there, if only in an ambient low-level way, and which most of us spend nearly all our time and energy trying to distract ourselves from feeling, or at least from feeling directly or with our full attention. Admittedly, the whole thing's pretty confusing, and hard to talk about abstractly...but surely something must lie behind not just Muzak in dull or tedious places anymore but now also actual TV in waiting rooms, supermarkets' checkouts, airports' gates, SUVs' backseats. Walkmen, iPods, BlackBerries, cell phones that attach to your head. The terror of silence with nothing diverting to do. I can't think anyone really believes that today's so-called 'information society' is just about information. Everyone knows it's about something else, way down.”
― David Foster Wallace, The Pale King
55 likes

“I have remarked elsewhere that I regard the Almighty as not a bad novelist, except that He is a realist.”
― John Barth, The Friday Book
11 likes

“I mean why should somebody go steal and break the law to get all they can when there's always some law where you can be legal and get it all anyway!”
― William Gaddis, JR
23 likes

“The only way to survive such shitty times, if you ask me, is to write and read big, fat books, you know? And I’m writing now another book on Hegelian dialectics, subjectivity, ontology, quantum physics and so on. That’s the only way to survive. Like Lenin. I will use his example. You know what Lenin did, in 1915, when World War I exploded? He went to Switzerland and started to read Hegel.”
― Slavoj Žižek
tags: hegel, inspirational-quotes, lenin, shitty-times, trump
56 likes

Thomas Pynchon
author of: The Crying of Lot 49

George Saunders
author of: Lincoln in the Bardo

William Gaddis
author of: The Recognitions

Polls voted on by Ian