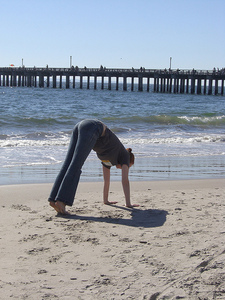 “I'm sorry," Billy says, "but I felt it was too organized. I like ellipses and teeny jottings and spontaneous poems and particularly all those devices like long lists of melancholy things.”
― Edmund White, Forgetting Elena
tags: writing
9 likes

“From the sound of pattering raindrops I recaptured the scent of the lilacs at Combray; from the shifting of the sun's rays on the balcony the pigeons in the Champs-Elysées; from the muffling of sounds in the heat of the morning hours, the cool taste of cherries; the longing for Brittany or Venice from the noise of the wind and the return of Easter. Summer was at hand, the days were long, the weather was warm. It was the season when, early in the morning, pupils and teachers repair to the public gardens to prepare for the final examinations under the trees, seeking to extract the sole drop of coolness vouchsafed by a sky less ardent than in the midday heat but already as sterilely pure.”
― Marcel Proust, The Captive & The Fugitive
tags: sensory-impressions
22 likes

“Will you look at us by the river! The whole restless mob of us on spread blankets in the dreamy briny sunshine skylarking and chiacking about for one day, one clear, clean, sweet day in a good world in the midst of our living. Yachts run before an unfelt gust with bagnecked pelicans riding above them, the city their twitching backdrop, all blocks and points of mirror light down to the water's edge.”
― Tim Winton, Cloudstreet
tags: cites-spaces-places, slants-of-light
17 likes

“Paris is an ocean," a lawyer called Honoré said to me in a bar on the place Vendôme later that night. We were very drunk. "You can take as many soundings as you like, but you'll never reach the bottom of it. You can survey it, draw it, describe it. But, however thorough you are, however careful and scrupulous, something is always just beyond your reach. There will always be another unmapped cave, monsters, pearls, things undreamt of, overlooked by everyone else.”
― Rebecca Stott
tags: cities-spaces-places
2 likes

“On July 29, six days after I had arrived in Paris, Fin and I moved into the new lodgings on the top floor of the hotel next door, where, beyond the pigeons who occupied the window ledge, you could see the turrets of Notre Dame. The concierge told us not to feed the birds, but we gave them our stale bread just the same, and so our flock became a feathered multitude, pushing and shoving one another behind the cracked glass. In the afternoons the light seemed to have feathers in it.”
― Rebecca Stott, The Coral Thief
tags: cities-spaces-places, slants-of-light
5 likes