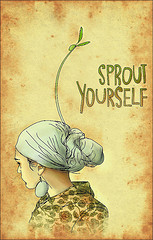 This will prevent Nickolette from sending you messages, friend request or from viewing your profile. They will not be notified. Comments on discussion boards from them will be hidden by default.
Sign in to Goodreads to learn more about Nickolette.

See all 7 books that Nickolette is reading…

“He was to become the lawmaker for the poor and the downtrodden and the oppressed. He was to be the bearer of at least a measure of social justice to those whom social justice had so long been denied. The restorer of at least a measure of dignity to those who so desperately needed to be given some dignity. The redeemer of the promises made by them to America. “It is time to write it in the books of law.” By the time Lyndon Johnson left office he had done a lot of writing in those books, had become, above all presidents save Lincoln, the codifier of compassion, the president who wrote mercy and justice in the statute books by which America was governed.”
― Robert A. Caro, The Passage of Power
tags: lbj, legislation, lyndon-b-johnson, politics
4 likes

“And with a practice of writing comes a certain important integrity. A culture filled with bloggers thinks differently about politics or public affairs, if only because more have been forced through the discipline of showing in writing why A leads to B.”
― Lawrence Lessig, Remix: Making Art and Commerce Thrive in the Hybrid Economy
tags: blogging, thought-provoking, writing
4 likes

“The purpose of life, as far as I can tell… is to find a mode of being that’s so meaningful that the fact that life is suffering is no longer relevant.”
― Jordan B. Peterson, Maps of Meaning: The Architecture of Belief
191 likes

The Best Use of Stylistic Language (best form/language)

Polls voted on by Nickolette