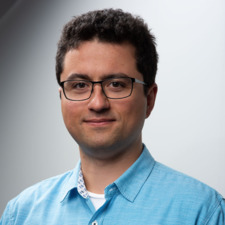 This will prevent Alex from sending you messages, friend request or from viewing your profile. They will not be notified. Comments on discussion boards from them will be hidden by default.
Sign in to Goodreads to learn more about Alex.

Alex is currently reading
Tears and Tantrums: What to Do When Babies and Children Cry
by Aletha J. Solter (Goodreads Author)
bookshelves: parenting, currently-reading

See all 6 books that Alex is reading…

“There is a quasi-scientific fable that if you
can get a frog to sit quietly in a saucepan of cold water, and if you then
raise the temperature of the water very slowly and smoothly so that there
is no moment marked to be the moment at which the frog should jump,
he will never jump. He will get boiled. Is the human species changing
its own environment with slowly increasing pollution and rotting its
mind with slowly deteriorating religion and education in such a saucepan?”
― Gregory Bateson

“We create the world that we perceive, not because there is no reality outside our heads, but because we select and edit the reality we see to conform to our beliefs about what sort of world we live in. The man who believes that the resources of the world are infinite, for example, or that if something is good for you then the more of it the better, will not be able to see his errors, because he will not look for evidence of them. For a man to change the basic beliefs that determine his perception - his epistemological premises - he must first become aware that reality is not necessarily as he believes it to be. Sometimes the dissonance between reality and false beliefs reaches a point when it becomes impossible to avoid the awareness that the world no longer makes sense. Only then is it possible for the mind to consider radically different ideas and perceptions.”
― Gregory Bateson, Steps to an Ecology of Mind: Collected Essays in Anthropology, Psychiatry, Evolution, and Epistemology
26 likes

Polls voted on by Alex