note: This topic has been closed to new comments.
108 views
Feeling Nostalgic? The archives > What do you remember as way cool when you were a kid that maybe isn't so magical?

I just saw this awesome picture of the Discovery flight deck: 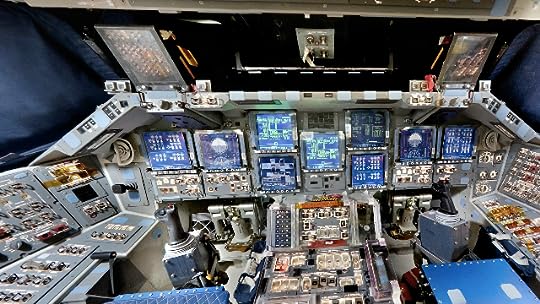 It makes me want to press all the buttons and pretend I know how everything works.

I remember my father's office feeling like that when I was eight. So many mysterious machines.

Also, his building (which also housed my school) had all these cool hidden rooms and staircases, like a 4 1/2 floor mezzanine only accessible from a back staircase. I was convinced that there was a secret room somewhere that housed King Solomon's missing throne.

The movie Xanadu. I thought it was so magical, but now it's just cheesy.

When I was 4 my grandfather had a copy machine. It was AMAZING!

Secret rooms will always be cool.

Fancy refrigerators with the side-by-side doors, and a water and ice dispenser in the door. I thought those were SO COOL.
Now, I think the water tastes funny. :)

DisneyWorld - so cool as a kid, so tiresome as a parent.

Back when Chuck E. Cheese's had the big theater room with all of the animatronic puppets on stage, I used to think those were the coolest thing.

30 years later, the things are pretty much gone because today's kids would think they were stupid.

Magic Rocks and Sea Monkeys--I was amazed by both.
Chocolate whipped cream.
Space sticks--does anyone remember those?
Going to someone's house who didn't have kids.

I thought all of the above were way cool when I was little.

The movie Sgt. Pepper's Lonely Hearts Club Band (with the Bee Gees and Peter Frampton) I'll still watch it for the cheez, if not for the magic.

Also, riding lawn mowers: what was once a novelty is now a chore.

A dentist came to my preschool class to talk with us about dental health... he brought a paper dollhouse with him. When he'd talk to the tooth fairy living in the dollhouse, he'd get a response from the fairy with a flickering light that was supposed to be the fairy that only he could hear - it was controlled by the lightswitches behind the house that he would flick so that we'd think it was a real conversation. I thought dentists were cool after that. They could REALLY talk with the tooth fairy who actually lived in a paper dollhouse.

Also, one time when I was a kid, my grandparents took me to a puppet show at Dogpatch USA. They said I kept bugging to puppets with questions and the puppeteers were really wanting to take a break. I thought they were real and very fascinating. I attended every single puppet show of theirs that day.

At Disney world - Space Mountain, I really thought we were going through space and it scared me because I thought we'd lose gravity's hold on us and float away into space.

It's a Small World - I was pissed that they made those happy little kids/puppets from all over the world stick around in water... what if they had to go to the bathroom?! What about lunchtime? Did they get a lunchbreak? Did the kids from Asia ever visit the Dutch kids and trade shoes?

Koeeoaddi wrote: "John Wanamaker's department store in Philadelphia, now long gone, had a little train that went around the ceiling of its toy department. When I was a kid I thought it was the coolest thing ever.

That is the coolest thing ever! I wish I had ridden in it!

Mod
Filing. My father had me do some filing in his office when I was maybe 9 and I thought it was so interesting the way things were filed....alphabetically.

The first time we got a refrigerator with a water dispenser on the door, that was pretty cool.

The Bonne Bell roll-on lip gloss. That glass ball. (I didn't use it, but the teenagers did. I used to ask if I could go through their purses.)

Soft drink vending machines would inspire the most insane desire in me for soft drinks. I definitely wanted the drinks, but just as much I wanted to feed the coins in and hear the soda bang down through the machine.

I remember thinking mercury was cool. If the thermometer broke, the blob of mercury that was released had the most amazing properties. How we never got mercury poisoning is beyond me.

Using Silly Putty, flatten it out, and stick on the Sunday comics. Then hold up to a mirror so we could read it! ;)

Someone gave my daughter a cheap-ass version of a Skip-it recently and it didn't work AT ALL. I was so excited and then I tried to show her and it was super lame.

sparklers were cool then and so were those little black pellet snake deals. not now. i need real fire

Someone gave my daughter a cheap-ass version of a Skip-it recently and it didn't work AT ALL. I was so excited and then I tried to show her and it was supe..."

That IS super lame! Toys today are just not nearly as good as they used to be.

Swimming in ponds, playing in mud, downpours, hail, snow, pulling the buds off peonies before they bloom & throwing them at each other.

Mod
Tang, card games where you had to lay all the cards out on the floor face down.

I couldn't figure out how they worked, and didn't believe my parents when they tried to explain.
After much deliberation, I concluded that midgets sat in them and made the lights change with flashlights.

Speaking of easy bake ovens, I want to add the barbie ice cream maker and diner to this list.

Helena, I still love dancing in the rain!

Sea Monkeys, teetherball, hula hoops, those skates you strapped on over your shoes, paperdolls, playing office and, yes, easy bake ovens. Mine was cool. My kids', on the other hand, was a pain in the ass.

Wait til he realizes that he's just a hand puppet too...

Speaking of dinosaurs, I lived 40 miles away from Dinosaur Provinical Park in Alberta. We would often go there for a Sunday picnic. I thought it was so cool to look for dinosaur bones, climbing over the dunes. We used to be able to take whatever we found home until they stopped that. Then all we brought home were cactus spikes in our feet. Having my mother dig them out wasn't so cool.

Star Wars. It was the best thing ever as a kid. Even in college, it was cool. Looking at it now... it's a cheesy B movie with a simplistic plot that doesn't bear too much scrutiny and special effects that aren't nearly as cool as they were 35 years ago.

We thought Sesame Street was the coolest. I was in high school when it first came out and we would go to the students' lounge to watch.

Silly Putty. I got some at Target for $1 a while back and I finally opened it up this weekend and it wasn't fun.

Mod
Only through the Wu-Tang Clan.

It is, and did you know it was invented by the same guy who invented pop rocks?

Jammies wrote: "It is, and did you know it was invented by the same guy who invented pop rocks?"

He was the Thomas Edison of weird artificial food. 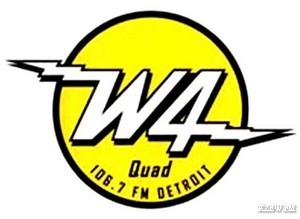 Wait a minute... Sally, why are you "less friendly"? I don't like that descriptor.

Mod
I'm mean to the newbies. It's been said.

You were a time traveler in your early youth? Very cool.

Those magnetic structures that you could change. Or the one with the 5 silver balls that clinked back and forth. LiteBrite.

reply | flag *
« previous 1 2 3 4 next »
back to top
This topic has been frozen by the moderator. No new comments can be posted.
Add a reference: