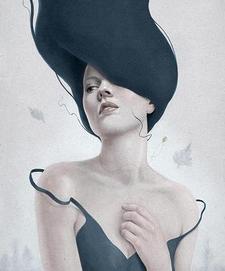 Stacia (the 2010 club) is Currently Reading

“Kat and I talked about Jacob in our own private code.
"Are you baking cookies yet?" she said. That was standard for : have you fucked?
"Oh yeah. We've made a couple dozen by now."
"What kind?" In other words, was Jacob any good.
"Chocolate-chip," I said. "And he not only likes to bake them, he likes to eat them, too."
"Congratulations.”
― Tiffanie DeBartolo, God-Shaped Hole

“You're naming your collector's-item, kick-ass sword that's made to maim and kill, specifically designed to bring your ginormous enemies to their knees and hear the lamentation of their women-Pooky Bear?"
"Yeah, you like it?”
― Susan Ee, World After
tags: penryn, pooky-bear, susan-ee, sword, world-after
276 likes

“He glares at me as if he already hates it. “What is it?” I consider lying but what’s the point? I clear my throat. “Pooky Bear."
He’s silent for so long I’m beginning to think he didn’t hear me when he finally says, “Pooky. Bear.” “It was just a little joke. I didn’t know.”
“I’ve mentioned that names have power, right? Do you realize that when she fights battles, she’s going to have to announce herself to the opposing sword? She’ll be forced to say something ridiculous like, ‘I am Pooky Bear, from an ancient line of archangel swords.’ Or, ‘Bow down to me, Pooky Bear, who has only two other equals in all the worlds.’ ” He shakes his head. “How is she going to get any respect?”
― Susan Ee, World After

True Love 101 — 388 members — last activity Feb 01, 2018 01:03PM
Welcome to the place for romantics and dreamers. No matter which type of romance works for you, join us as we go searching for our next great read!


People Stacia (the ... is Following

Brigid Kemmerer
author of: A Curse So Dark and Lonely

Best YA Books for the Adult Reader