So earlier, one of my best friends and I were shopping in Old Navy, and I tried on like, this $10 fleece, and I asked her how did it look. She said, "Well, it looks a little snug." And I said, "Oh, well it feels comfortable, but I'm definitely not buying it if that's the first thing that comes to your mind." And she says, "Okay, the next time you ask me anything like that, I'm just gonna say, 'Oh yeah, Britt, that looks good." And I said, "You know that would piss me off more; you know I like to fuss."

And then I realized - I LIKE to fuss with people. A LOT. I mean, rarely do I pick fights, but sometimes I just want someone to show me that they actually...hmmm are actively invested in what I'm saying, and my brain tells me that if someone argues with me, then they're at least listening to what I'm saying!

I'm ALWAYS ranting about something too. I LIKE complaining. OMG I'm one of those people who LIKES complaining. I've always characterized myself as a pessimist because I am, but I didn't think I liked it! I don't WANT someone to agree with me sometimes; I WANT them to give me an opportunity to be upset with them.

One of my best friends, we've been friends for like....damn, 8 years. We've always had periods where we really can't stand each other, but then those periods pass and we're fine, and we get closer. Some times, it got kind of rough which led to me getting closer with his brother, he's always been...there. Actually, I'm glad that we went to different colleges 'cause we needed a bit of a break. But he would always be a dick to his closest friends, and he did it because if we put up with his shit, that meant that we really truly loved him. And that gets hella annoying, but I understand that. I don't want everything to be fine and dandy all of the time. Just show me that I'm here and someone is listening to me.

First of all, Old Navy blows chunks. You're just paying for the name. Give me a Hanes or Fruit of the Loom pocket-T over the shit they sell any day.

I can't argue with that 'cause I kinda agree.

Rapunzel Incognito wrote: "I can't argue with that 'cause I kinda agree."

Clark, haven't you learned not to argue with a woman?

Old Navy is the only place I can get camis without the stupid bra tops. And they're usually 2 for $12. Don't be hating Old Navy!

The only way to get my mom to listen and consider anything is to argue with her. If I just "chat" she'll let her mind wander and I'll notice her looking around the restaurant for the waitress so she can get cream for her coffee. If I engage in a debate or argument, she'll walk away from it considering my point.

No, I'm not boring (hopefully?). She does that with most people in general I think.

I tend to argue a lot, myself.

Okay. There we go.

This may come as a great shock to people, but I'm not a huge arguer. I don't enjoy it. I do, however, like bouncing ideas around...but rarely in a high-charged environment. That shit tires me out...at work, for example, when that happens I tend to just do whatever I want and let the arguers knock themselves out.

Old Navy sucks. They used to be okay, but the one near us reduced their selection of stuff for boys to just a few shelves. The section for girls and the ones for adults are huge. What, little boys don't need clothes?

The one downtown in San Francisco was different -- I think they had half of one floor upstairs dedicated to boys.

ms.petra wrote: "Clark, haven't you learned not to argue with a woman?" 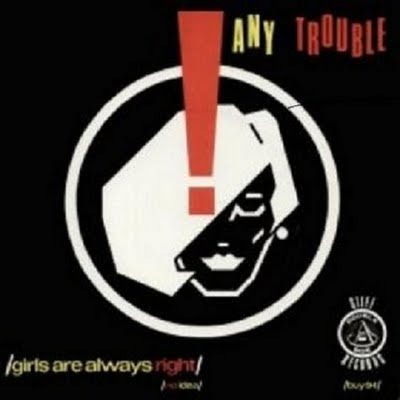 funny. that is exactly what I meant. :)

Not true. As someone who wears pants with a size 34 inseam, Old Navy is manna from heaven for my tall ass. And not just baggy-assed jeans, but a wide selection of pant styles that fit me just right.

However, the rest of their clothing, t-shirts exempted, do suck ass.