I thoroughly enjoyed this book. This is nothing like her Twilight series.

The first 100 pages or so are a bit slow and confusing, but once the story starts moving you really get sucked into it. I was very fascinated by the area in which the last remaining humans were using as a hideout.

Mod
It did take a really long time to get sucked in, but I was happy with the book by the end.

I put it in the series section for now. If we hear otherwise, I'll switch it.

Oh that's fine, sorry if I sounded like I was doing a correction because I hadn't even noticed where it was placed. That was more my general "here's some info" type rambling.

I read the first couple of chapters and I got bored so I just read a different book. Everyone always says that it gets a lot better so I'll eventually have to try it out again.

I tried to read this one, but couldn't get into it and had to give it up.

Mod
No problem. I knew what you were doing, but I thought I would add that in case anyone wondered after having read your info.

I'm kind of the opposite with this one. I was really sucked into the story from the beginning and I loved the premise. As it continued I felt the same desperation as the characters and the suspense had a wonderfully eerie twinge to it.
However I really did not like the ending. Imo, it was too convenient and I felt like a certain character should have, to put it bluntly, just died. I like a HEA just as much as the next gal, but I thought the solution to their problem was creepy and not in a good way.
I would definitely read anything else she decided to write in this world and I was glad she went in this direction and I didn't suspect it from Meyer.

Oh see I was glad she didn't die even if it was a weird soluntion they came up with. I loved her too much for her to die

I really do hope she gets around to doing more with this world.

i really loved this book and it was soooo much better than the Twilight series!

Ugh. Not thrilled with this casting at all. She doesn't look tough, and Melanie was supposed to be a tough girl.

Mod
So, they're going through with the movie? I dind't think they'd really do it, but I guess since Twilight is ending they'll need Meyers to pump out a few more books.

Stacia "the" truck stop waitress wrote: "Ugh. Not thrilled with this casting at all. She doesn't look tough, and Melanie was supposed to be a tough girl.

I know *sigh* I htought Minka Kelly would have been perfect! 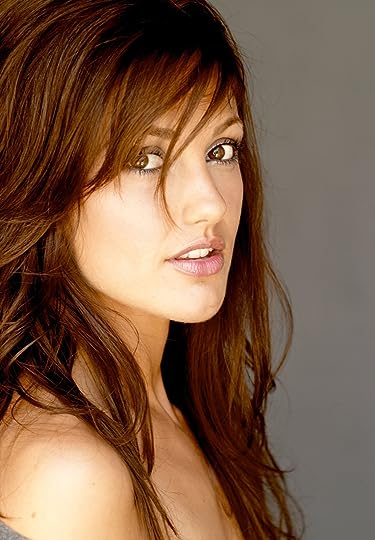 Heather wrote: "So, they're going through with the movie? I dind't think they'd really do it, but I guess since Twilight is ending they'll need Meyers to pump out a few more books."

I don't think she'll write the sequels...kinda wish she would though.

Good casting pick. I had originally thought Danielle Panabaker with a good tan. Mel was 17 at the start of the book, but was several years older at the end. The girl they cast looks way too young.

She's only just turned 17. She is a good actress, and she was great in Hanna, but she's not Mel.

I'd have to go back and look it up, but she definitely had aged from when she first met Jared to the time when she found him years later. Bare minimum, she had to at least be 21 or 22 I'm thinking?

This is Danielle Panabaker. You would have to picture her with a serious spray tan and slightly tweaked hair color (it's not far off in the first pic), but she was who was in my head the entire time I read the book just going off the description. 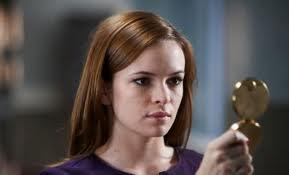 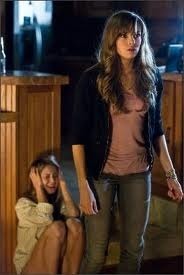 I really liked the Host. Started slow, I needed some encouragement to continue, but I ended up really liking it. Has anyone seen the movie? I have not yet, I am a little nervous that they will ruin it. :P

Carri wrote: "I really liked the Host. Started slow, I needed some encouragement to continue, but I ended up really liking it. Has anyone seen the movie? I have not yet, I am a little nervous that they will r..."

The book, of course, was better! I enjoyed the movie though. I thought they did a good job. The acting was great.

good! I will have to make sure I rent it when it comes out.

The Host (other topics)