308 views
Picture of the Day > General

This is a wonderful idea suggested by AC. Here we can post any picture to share with the group. No comment is necessary! I know we all have many more than one picture to share, but lets try to keep it to one picture per person per day. We will divide the folder up into monthly topics (as to avoid too long of a thread)

Wow! That was incredible,Fran! Thank you!

Yes, Fran. Thank you. I think.

Just frittered away an hour of my life on that site. 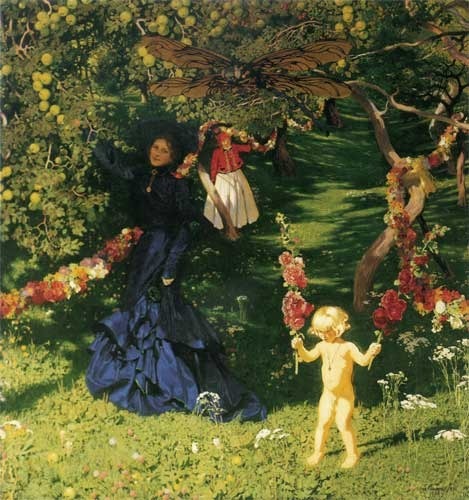 The Strange Garden by Jozef Mehoffer

I love this group because of the distractions and connections provided! That ceiling fresco in the link Fran posted caught my eye since I've been reading about and studying pictures of the Sistine Chapel ceiling. Thanks, Fran!

Heather, Could you tell me how to upload an image to the discussions? I tried the help screens for Goodreads, but no luck. Thanks.

Enter the following EXACTLY the way it is written below:

Put a < in front of 'img'. Keep the quotation marks on both sides of your image link, and do everything else exactly as it is above.

To get your image link, right click on the image and there should be an option to select 'copy image location'. Paste that whole thing inside the parentheses. When you post it, the image should come up. At the bottom next to SEND, preview it first. If it doesn't show or you have questions, please let me know. 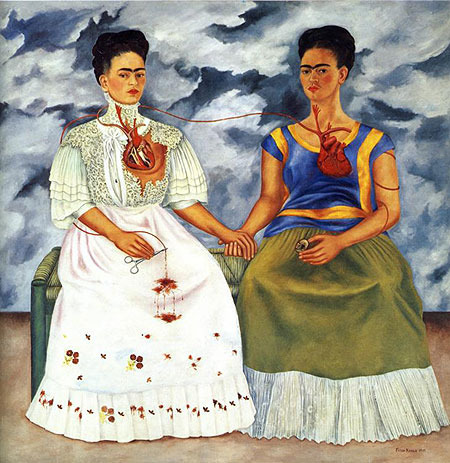 I saw this painting in person. It is life sized and amazing. In one Frida's hand is a tiny cameo of Diego Rivera.

I saw this painting in person. It is life sized and amazing. In one Frida's hand is a tiny cameo of Diego Rivera."

I didn't know that (the cameo). Interesting little tidbit.

Wow, that's a dramatic painting. Is it supposed to be a reflexion about Diego breaking her heart, or about all the pain she went through after her injuries?

Could be a little of both. Wow. Talk about subliminal messages. I wonder why she painted dual Frida's, is one supposed to represent her and the other what happened in her life. Very interesting, thanks, Ed.

Well, it was rough being married to Diego Rivera. They were both pretty emotional people, and he had scores of lovers, she had a lot too, but mostly to compensate, they were very bohemian. I think this one was more about her emotional scars, she has done some very explicit ones about her physical injuries. The one thing that I do think her physical injuries did is cause her to sense both being trapped by and alienated from her physical body.

It is really stunning in person as it is almost life size, and it is very intense and morbidly beautiful.

I highly recommend the book "Frida" by Herrera (and also, his "Gorky"). T
he movie version is very good too.

Frida: A Biography of Frida Kahlo
Arshile Gorky: His Life and Work 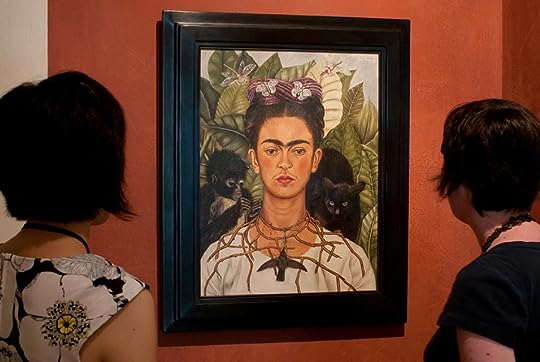 Kahlo's "Self-Portrait with Thorn Necklace and Hummingbird"
AUSTIN, TX.- The Harry Ransom Center, a humanities research library and museum at The University of Texas at Austin, celebrates the homecoming of one of its most famous and peripatetic art works, the Mexican artist Frida Kahlo's "Self-portrait with Thorn Necklace and Hummingbird" (1940). The painting is on display from July 6, which is Kahlo's 104th birthday, through Jan. 8, 2012. ...

Kahlo (1907-1954) taught herself how to paint after she was severely injured in a bus accident at the age of 18. For Kahlo, painting became an act of cathartic ritual, and her symbolic images portray a cycle of pain, death and rebirth.

Kahlo's affair in New York City with her friend, the Hungarian-born photographer Nickolas Muray (1892-1965), which ended in 1939, and her divorce from the artist Diego Rivera at the end of the year, left her heartbroken and lonely, but she produced some of her most powerful and compelling paintings and self-portraits during this time....

She uses a tactile approach in her subjects via the thorns and hummingbirds, the thorns can poke you and the hummingbirds just flit around. Thanks, Ed. I see also a monkey and a cat in this painting as well.

She had a lot of birds and monkeys. She was very into animals!

Did not know that. Thanks, Ed. 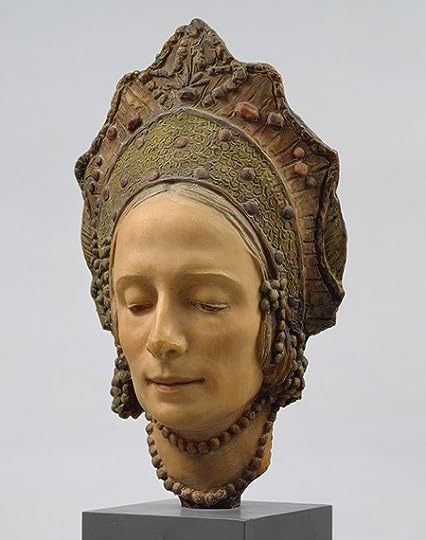 This portrait of the Russian-born ballerina Anna Pavlova (1881–1931), made from a life mask, creates the sense of a living, breathing woman, an impression intensified by the colored features. The lowered eyes and closed mouth, however, hint at death—of the transcendence of this mortal life. One writer on Hoffman's work suggested that this image portrays Pavlova as a saint. The idea is supported by Pavlova's appearance as a living icon at a lavish birthday party given for her by Hoffman, where the dancer was photographed under a gilded icon frame, wearing a decorative headdress similar to the one seen in the Museum's mask. Hoffman tinted the wax to give to the face a lifelike skin tone and colored the headdress and necklace the red, blue, and gold-green hues of a gold crown and gemlike stones. These were probably once bright but are now faded.

[image error]
Malvina Hoffman (June 15, 1887 – July 10, 1966), was an American sculptor and author, well known for her life-size bronze sculptures of people. She also worked in plaster and marble.

Pretty amazing how the tinted wax still looks so real since it was made in 1924, while the colors in the headress have completely faded.

try covering up the grey blob with his signature in the lower left with your finger, and take it away, cover, take away...notice how the space breathes? 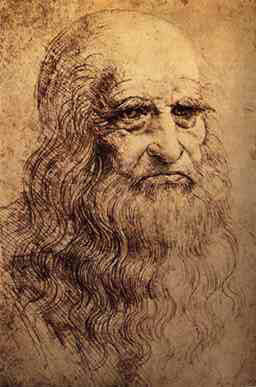 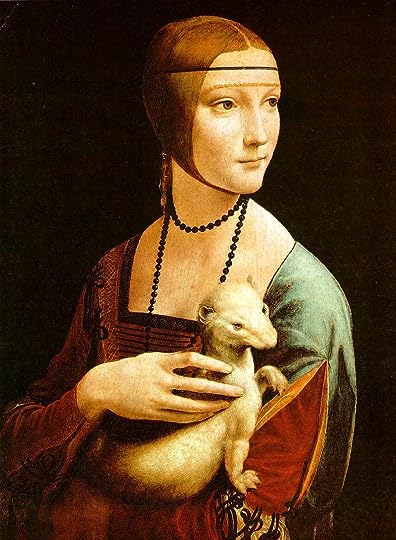 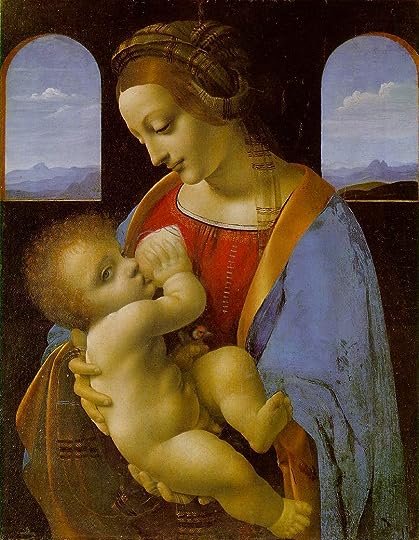 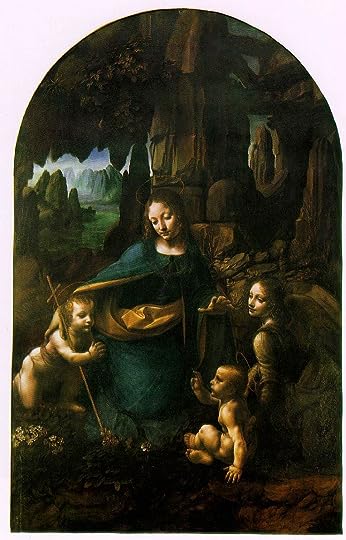 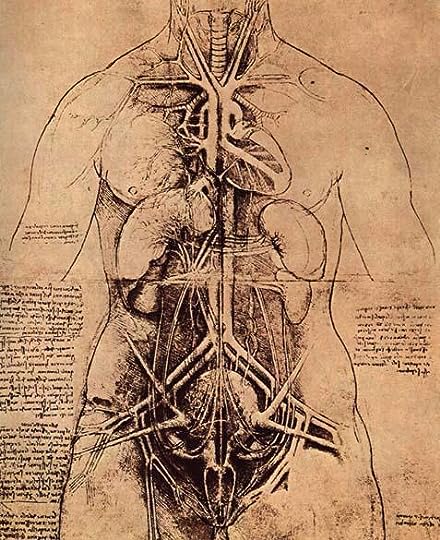 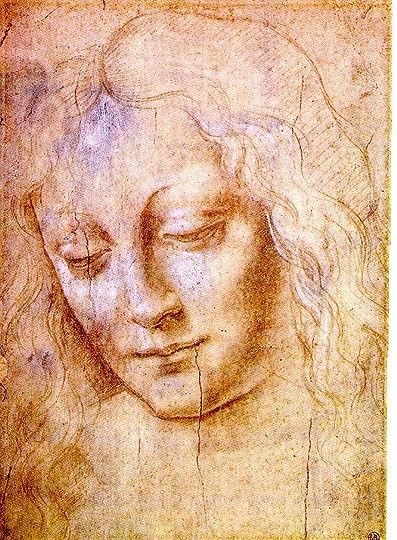 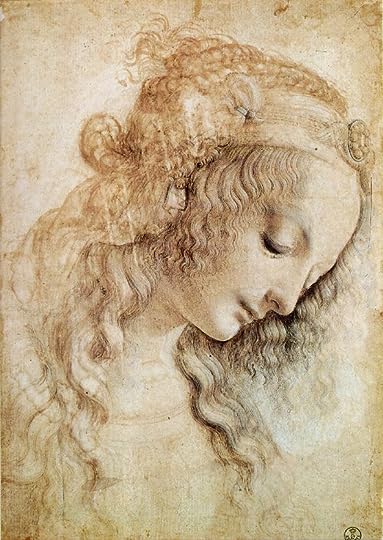 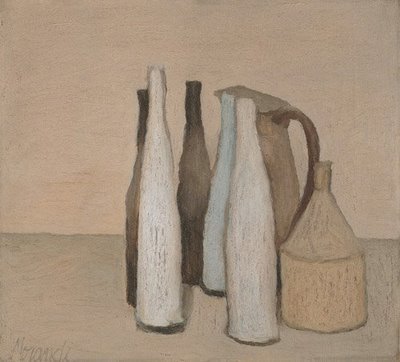 Morondi is a quiet painter, his work is intended to be contemplated, quietly, and is noted for its subtlety.

And here is a wonderful reminiscence about meeting him.
http://joannemattera.blogspot.com/200...

Ed, that was a beautiful, sensitive interview on the blog link.

And here is a wonderful reminiscence about meeting him.
http://joannematter..."


The Tate has issued an interesting study guide:
http://www.tate.org.uk/modern/exhibit...

Who else to capture Don Quote's craziness ?

Who else turned art in to madness, so we think.

I believe Picasso was to art what Einstein was to science and what Freud was to the understanding of the human mind.

Like a little spanish wrestler ( like Atlas with an attitude ) he picked the entire world of western art above his head, turned it, and piled drove it into our collective canvas. While he reigned , he grasped the art world between his legs and squeezed .

Most of his art to me is unappealing. He was an arrogant little creep, but there was not only method to his madness, it was genius and in an abstract way beautiful.

These drawings, so zen like and yet so Picasso ... Truly brilliant and yet so perceived by the untrained mind as either childish or crazy; it's the zenith of artistic mastery. It's like that masterful Jazz solo that blows you away. No props, no make up, raw and real.

Ahh yes! I think you hit on a good point KRad, the psychological imbalance of Don Quixote is adequately portrayed in this picture by Picasso.

Like you, I feel that most of his art is unappealing, but I do really like this one. (of course maybe because it depicts one of my most favorite stories of all time!) 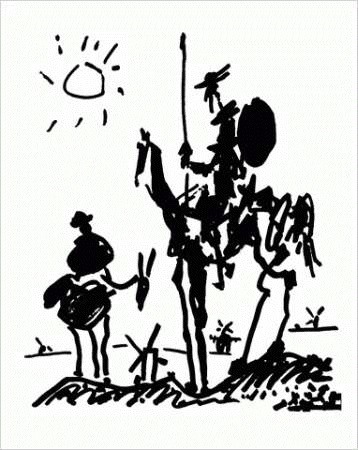 "psychological imbalance" ? .... I think it is lyrical and the drawing style ( Zen like ) Is very appropriate. Toss in the Spanish Bull fighter / Picasso angle, and it gets real interesting.

Spent the day in NYC!!

Took the train in & went to the Neue Galerie --
Ferdinand Hoddler's exhibit - http://upload.wikimedia.org/wikipedia...
and a beautiful Klimt - http://rptownsend.files.wordpress.com...

Then to MET. I love John Singer Sargent's Mrs. Hugh Hammersley.
http://jssgallery.org/Paintings/Mrs_H...
The velvet looks so real and the shoes amazing!

Frederic Edwin Church Heart of the Andes--clic for full size & it will enlarge the image
http://www.metmuseum.org/Collections/...

Took the train in & went to the Neue Galerie --
Ferdinand Hoddler's exhibit - http://upload.wikimedia.org/wikipedia...
and a b..." 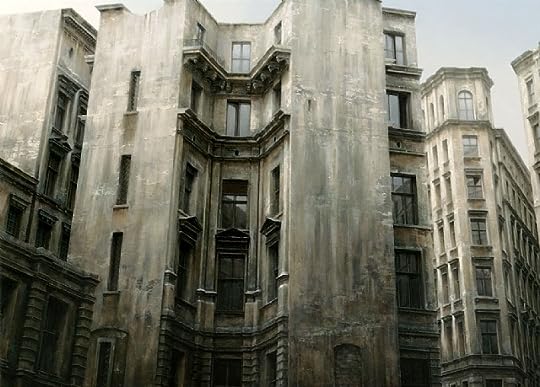 Isn't it interesting? I really enjoy realist paintings of buildings. 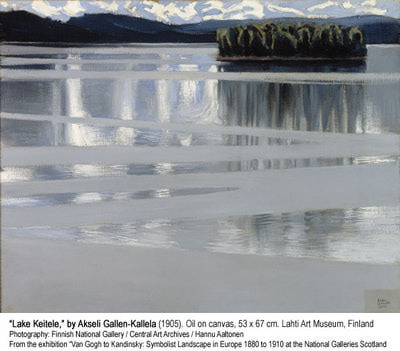 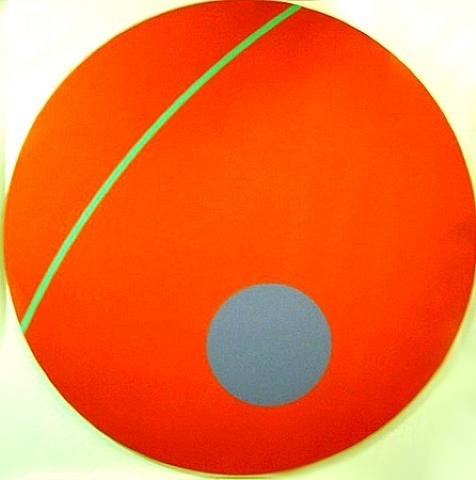 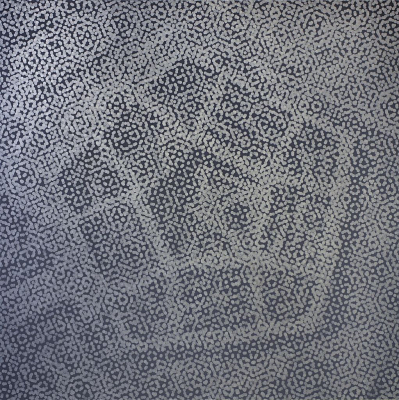 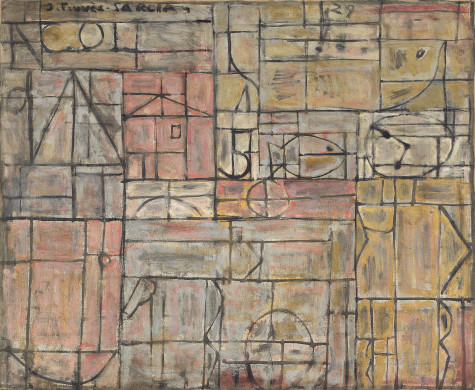 Thank you, Lobstergirl. Those are really neat! I especially like the second one.

Yeah, I am going to the Houston Museum of Fine Arts today and need to know what to look for:

Soon I will post a picture of the day of a few of the exceptional items from HMFA collection or whatever impressed me the most.

I am SO jealous!! Good for you, Geoffrey!

Institituto de Artes Graficas is the name of the art library in Oaxaca that has about 60,000 volumes. They are pretty heavy into having all the books about the most important artists, so you will find about a dozen Pollocks, Harings, Riveras etc. The library is a bit short on art magazines but does have Artforum. As I am doing some research on Mexican artists heavily influenced by pre-Hispanic Mexican art, it has been an invaluable tool.

This city is a gold mine of art galleries, printmaking studios and artists. I have never seen anything like it in terms of art activity in proportion to population size with the exception of NYC. I have counted over 20 first rate galleries in a population of 250,000 and 13 open printmaking studios where you can watch them at work and purchase prints. The small pueblos outside the city host hundreds of artisans who make alebrijes, huipiles, weaves, clay vases and goodness knows what else. I have been here a week and barely scratched the surface.


My goodness!!! It looks almost like a Paul klee.